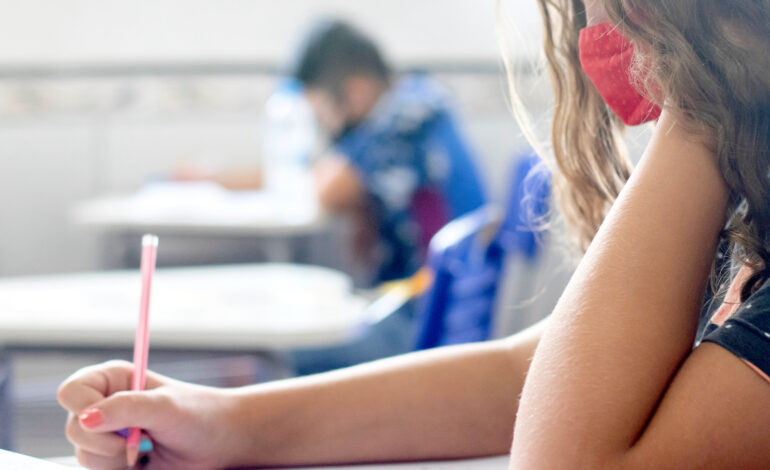 Schools in the U.S. can expect additional COVID-19 tests, being made available by the federal government, in about two weeks.

The additional tests are part of a Biden administration strategy to keep schools open during a nationwide coronavirus surge, accelerated by the highly contagious Omicron variant.

The White House has said the new tests must be ordered through state governments. But the White House is also making available lab capacity to support 5 million monthly PCR tests that schools can order themselves if their states aren’t being helpful. Those should arrive in seven to 10 days.

Schools nationwide can expect 10 million more COVID-19 tests as part of the White House’s school strategy during the surge. The Biden administration has also urged states to spend $10 billion distributed to them for testing under the American Rescue Plan last year, although some have been slow to disburse the funds, a White House official has said.

In Florida last year, the U.S. Department of Education had to provide grant funding to a school district that had state funds withheld because it mandated students wear masks in defiance of the Republican governor’s ban on such mandates.

In Michigan more than a dozen school districts temporarily shifted to virtual learning so far this year, with an increase in positive cases and hospitalizations. The state set a new record for children hospitalized from COVID-19 in December, prompting schools to go virtual until mid-January.

While most districts returned to in-person learning as scheduled after the holiday break, another such COVID spike could put children back in front of computers at home.

Though the Biden administration has repeatedly said children need to be in school, the fact remains that with no real child care aid from the government, and no income supplements available for parents to stay home with their children, the government has seen school closures as a detriment to keeping parents at work.

In Detroit, starting Jan. 31, parents will have consent to student testing in school buildings or enroll their children in the district’s virtual school.

There are numerous studies, from the very first year of the pandemic, that have supported the conclusion that in-person learning contributes to community spread.

For example, an October 2021 analysis of county level data published in the Proceedings of the National Academy of Sciences journal indicates that cases and deaths in counties with in-person or hybrid opening relative to those with remote opening substantially increased after the school opening date.

That increase was especially greater for counties without any mask mandate for staff.

Dearborn has been in the lead for COVID-19 cases in Wayne County virtually since the county began reporting cases on its health department dashboard.

That being said, Wayne County has seen an overall downward trend in cases since the beginning of this year, with a spike of some 2,900 cases reported Jan. 3, down to 191 cases on Jan. 11.