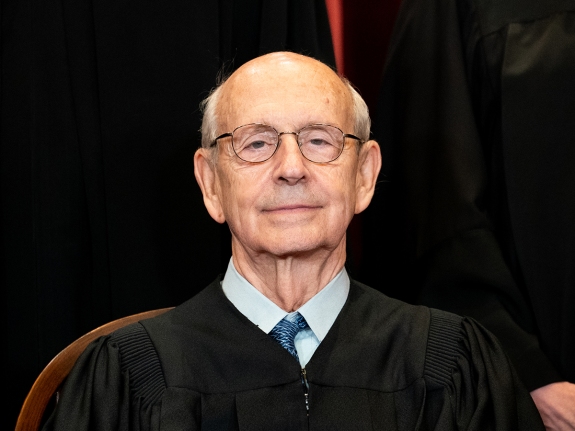 WASHINGTON D.C. — Liberal Supreme Court Justice Stephen Breyer announced that he plans to retire at the end of the current term.

This decision will give President Biden the opportunity to select a new Supreme Court justice. He has promised to nominate the court’s first Black woman.

The 83-year-old Breyer is the oldest member of the Supreme Court and was appointed by President Clinton in 1994.

Despite his retirement, Breyer will still have a say in this term’s decision on the most significant abortion case to come before the Court in decades as the justices could limit or overrule the Court’s 1973 decision in Roe v. Wade, which established a woman’s right to terminate an unwanted pregnancy.

The list of possible nominees is reportedly expected to include Judge Ketanji Brown Jackson, 51, a judge on the Court of Appeals for the District of Columbia Circuit and former Breyer clerk; Leondra Kruger, 45, a justice on the California Supreme Court; Julianna Michelle Childs, 55, a federal judge in South Carolina who has been nominated by Biden to the D.C. Circuit appeals court; Judge Candace Rae Jackson-Akiwumi, who serves on the Seventh U.S. Circuit Court of Appeals in Chicago and Judge Eunice Cheryl Lee, who has served on a federal appeals court in New York for the last year.

Breyer attended Stanford University and Harvard Law School, as well as Oxford as a Marshall Scholar. He clerked for Justice Arthur Goldberg in the 1964-65 term and became a prominent scholar at Harvard Law School.

Breyer then took breaks from academia to work for the Watergate special prosecutor and the Senate Judiciary Committee. He was confirmed to the federal appeals court in Boston in 1980 before being appointed to the Supreme Court.

Breyer hasn’t provided a reason for his retirement.