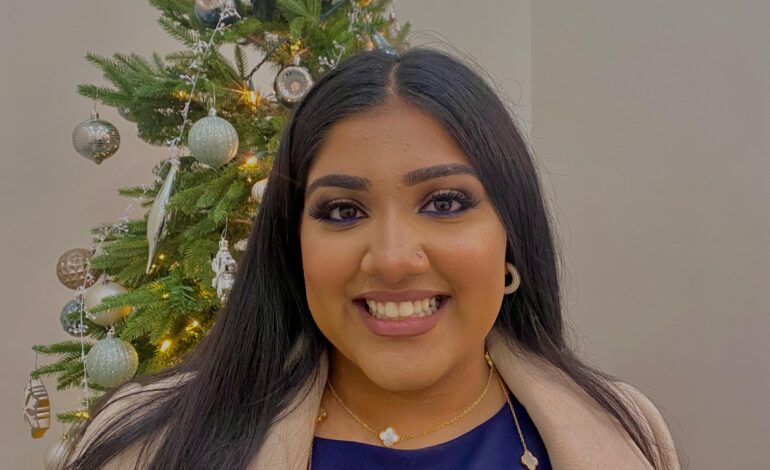 Nasir may be the first Pakistani and Muslim appointed by the board, but Harleton told The Arab American News that information could not be confirmed as the board hadn’t previously kept such records.

Nasir graduated from Annapolis last May and is currently studying business administration at the University of Michigan.

“I was reviewing the details and thought it was a perfect opportunity to serve the district,” she said. “I had nothing to lose, but when I got the fourth vote I was in utter shock. There were so many great candidates, I wouldn’t blame the board for picking someone else.”

With this momentum, Nasir said she plans to run in November to retain the seat.

“I think I might be the youngest person to serve on the board,” she said. “It’s inspiring. I mentor a lot of students and I want to show them that anything is possible and to take pride in our diversity in the district.”

Nasir has been involved with the community for years, including volunteering on different elected officials’ campaigns and even hosting a charity fashion show at Annapolis, and she said she hopes to inspire other young women and other students in the district to dream big.

“Believe in yourselves and go for it,” she said. “Never take no for an answer. We as young women are very powerful and this will impact everything. If you know you have the passion and you know your intentions, just do your best and keep going.”

Mayor Bill Bazzi said he is amazed by Nasir’s dedication.

“I am incredibly proud of 18-year-old U of M student and Annapolis High School alum Nadia Nasir on her appointment to D7 School Board trustee,” he wrote on Facebook. “I have enjoyed working with her over the years on various community service initiatives and continue to be impressed by her kindness, professionalism, intelligence and community spirit. Congratulations Nadia. I’m looking forward to our next project.”

In her role as trustee, Nasir said she hopes to get students more involved.

“I want to focus on community outreach and I’m working on putting together a youth commission with Mayor Bazzi,” she said. “I want to focus on diversity, equity and inclusion and making sure D7 is a safe space for everyone to grow and learn in.”

She also said that she is ready to do the work.