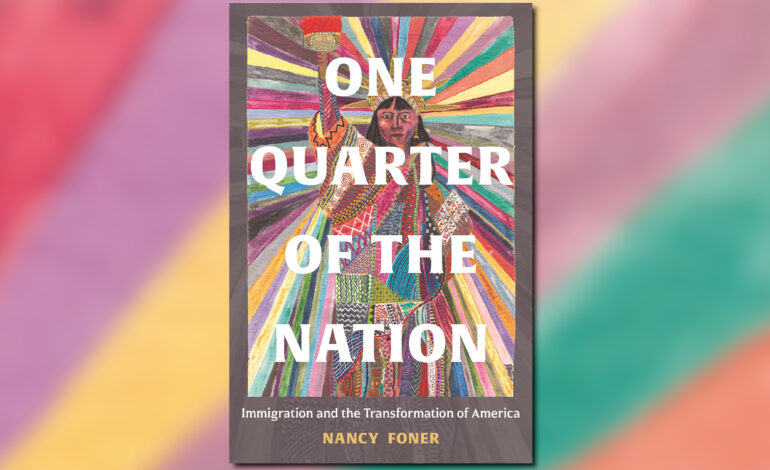 On August 4, 1963, The New York Times Magazine published President Kennedy’s majestic essay, “A Nation of Immigrants.” Rejecting geographically narrow and restrictive immigration quotas based on national origin for the U.S., Kennedy urged reform and the adoption of a new immigration policy that would be generous, fair and flexible.

“With such a policy,” he stated, “we could turn to the world with clean hands and a clear conscience.”

Kennedy’s policy recommendation was translated into law through the Immigration and Nationality Act of 1965. It was sponsored by Michigan Senator Philip A. Hart and New York Congressman Emanuel Celler and signed into law by President Johnson on October 3, 1965, during a ceremony at the base of the Statute of Liberty.

“The law literally changed the face of America,” said Nancy Foner in her brilliant and persuasive new book, One Quarter of the Nation: Immigration and the Transformation of America (Princeton University Press, 2022).

Nancy Foner is distinguished professor of sociology at Hunter College and the Graduate Center, City University of New York. Her book’s title reflects a 2020 demographic milestone in America: 26 percent of our population was composed of immigrants (45 million), who along with their children number 86 million living in the U.S.

“Immigration,” Foner states, “has long been an intrinsic part of American society; the changes it has stimulated have given the nation an unmistakable and distinctive flavor and character – shaping, in truth, who we are.”

What impact did post-1965 immigrants make on American society and how has “race as a perception” changed in the U.S.? Foner looks at cities, the economy, popular culture and politics. As examples, she cites the emergence of ethnic and polyethnic neighborhoods and ethnoburbs. Many of these creative enclaves include community centers, parks and religious institutions, such as mosques and temples, schools, supermarkets, cafes and restaurants. Immigrants have revitalized and rescued depressed and deteriorating urban spaces and developed rural areas as well.

Foner punctures the myth about immigrants and crime: “A common belief is that rising immigration leads to rising crime rates, but this is a myth, not a reality.”

She writes with optimism about the acceptance and inclusion of Muslims in America: “With greater familiarity, many long-established Americans are becoming more accustomed to Muslims and mosques in their midst. That a substantial proportion of foreign-born Muslims are well educated and middle class may also reduce hostility toward them and their institutions, and give their children advantages in getting ahead.” 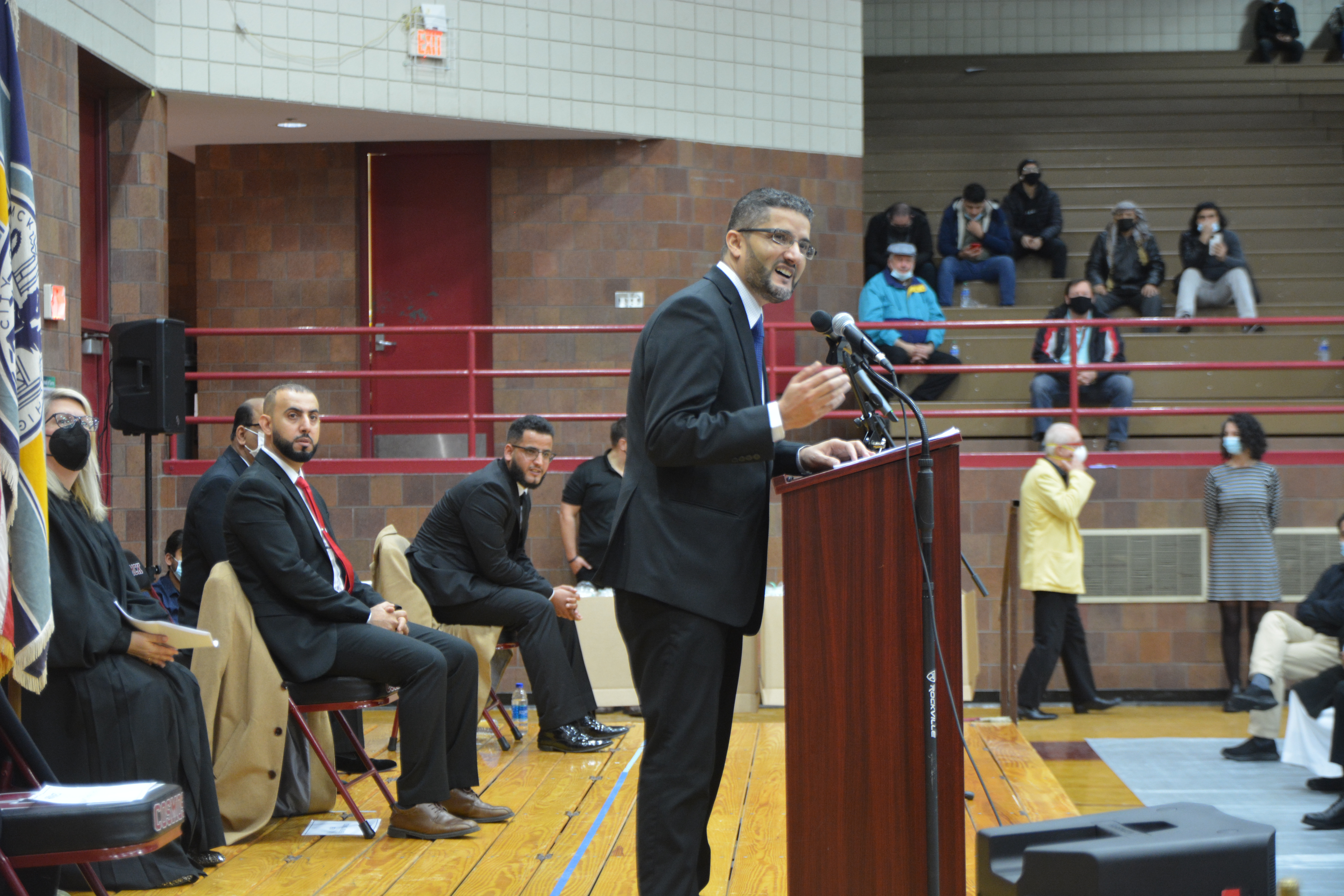 Immigrants have altered party alignments and partisan coalitions and successfully challenged ethnic succession in electoral politics. What seemed unimaginable in the past is now possible.

In terms of economics, immigrants have created jobs and businesses in their communities and become industry leaders and technological innovators. Immigrants or the children of immigrants are among the founders of top companies in the U.S., such as Google, Facebook, eBay, Yahoo, Apple, Amazon and Tesla.

Foner also notes that “immigrants are twice as likely to receive patents as native-born Americans owing to their disproportionate share of engineering and science degrees.”

Immigrant contributions to American popular culture and the arts are enormous in films, TV, radio, food, books, theatre, music and festivals. Actors no longer feel a need to change their ethnic names, like Lauren Bacall (born Betty Perske), and Martin Sheen (born Ramon Estevez) did in the last century. Born to Egyptian immigrants, Rami Malek celebrated his Arab heritage when he won the Academy Award for Best Actor in 2019. Immigrants and their children have brought diversity, innovation and talent to America. Twentieth century America seems quite drab and colorless compared to today.

Immigrants have altered party alignments and partisan coalitions and successfully challenged ethnic succession in electoral politics. What seemed unimaginable in the past is now possible. Our first woman vice president, Kamala Harris, is the daughter of an immigrant mother from India and an immigrant father from Jamaica. In 2018, the first Muslim women were elected to Congress: Rashida Tlaib, the daughter of Palestinian immigrants, from Detroit and Ilhan Omar, who was born in Somali, from Minnesota. In January, Abdullah Hammoud became the first Arab American mayor of Dearborn, Michigan.

At the same time, Yemeni immigrant Amer Ghalib became the mayor of Hamtramck, Michigan, the first non-Polish mayor in 100 years. In January, Michelle Wu, the daughter of Taiwanese immigrants, became the first woman and Asian to be elected mayor of Boston. These impressive victories are stunning rebuttals to the xenophobic atmosphere Donald Trump created during his divisive presidency. Prejudice is a losing political strategy, not to mention immoral.

One Quarter of the Nation is sure to become required reading for students in schools and colleges. But it should be read by anyone who wants to understand how immigration has transformed American culture. It is a powerful and positive force that has shaped our common life in the U.S. We are a greater country because of it. E Pluribus Unum.

— Joseph Richard Preville is a writer and book critic from Detroit, Michigan. He was a professor and writer in the Greater Middle East (Saudi Arabia, Oman and Afghanistan) from 2005-2017. His work has appeared in The Christian Science Monitor, Harvard Divinity Bulletin, San Francisco Chronicle, The Jerusalem Post, Saudi Gazette, Muscat Daily, Informed Comment and many other publications. This article has been edited for style.