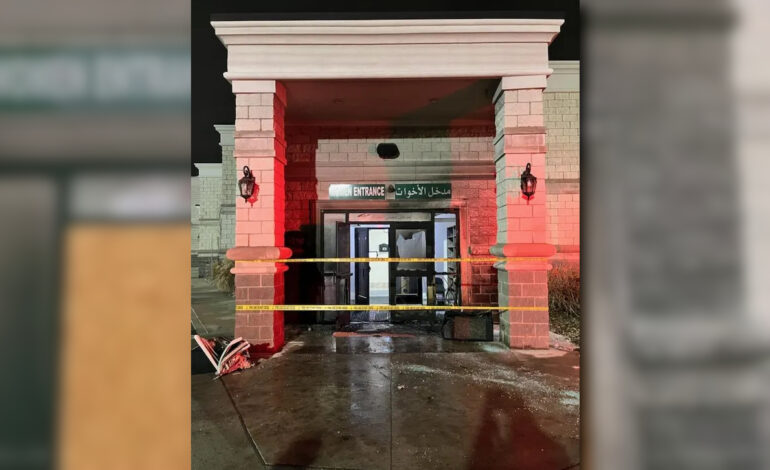 A damaged entrance at the Al-Huda Islamic Association mosque in Dearborn, which was the scene of an arson last Saturday morning. Photo: City of Dearborn

DEARBORN — The local community was shocked by a disturbing incident last weekend when an armed man set fire at a mosque, shot at responding Dearborn police officers and was subsequently killed after a pursuit.

The Arab American News later learned from sources that the suspect in the attack on the Al-Huda mosque last Saturday morning was unfortunately a member of the local Arab American community.

Credible sources confirmed the man’s identity as 37-year-old Dearborn resident Ahmed Taqi, a local Iraqi American who had once worked as a translator for the U.S. Army in Iraq. Authorities said Taqi had a record of mental health issues and was believed to have been suffering from a mental health episode at the time of the attack.

Taqi is believed to have a brother in the local area.

Early Saturday, Feb. 12, Dearborn police on patrol observed a fire at the Al-Huda Islamic Association at 8835 Warren Ave. on the city’s northeast side, near the city’s border with Detroit.

The officers responded to the fire and encountered an armed Taqi at the scene, who appeared to have shot at the officers. The officers pursued the armed suspect southbound on Lonyo Avenue.

Officers instructed Taqi to drop his weapon, but he reportedly fired at them, at which point the officers returned fire, fatally striking him in the neck. No officers were injured.

A joint task force of the Detroit Police Department and Michigan State Police investigated the incident as it occurred outside of Dearborn’s city limits.

“This was a tragic incident for our faith community and the Dearborn community overall that unfortunately led to a loss of life,” Dearborn Police Chief Issa Shahin said. “I commend our officers for responding with the utmost professionalism and courage to protect the community from imminent danger.”

No injuries were reported at the mosque. One of the mosque’s glass entryways sustained damage during the break-in and arson and has since been boarded up. The sprinkler system worked to contain the fire, but water then seeped into the carpeting in the women’s section. 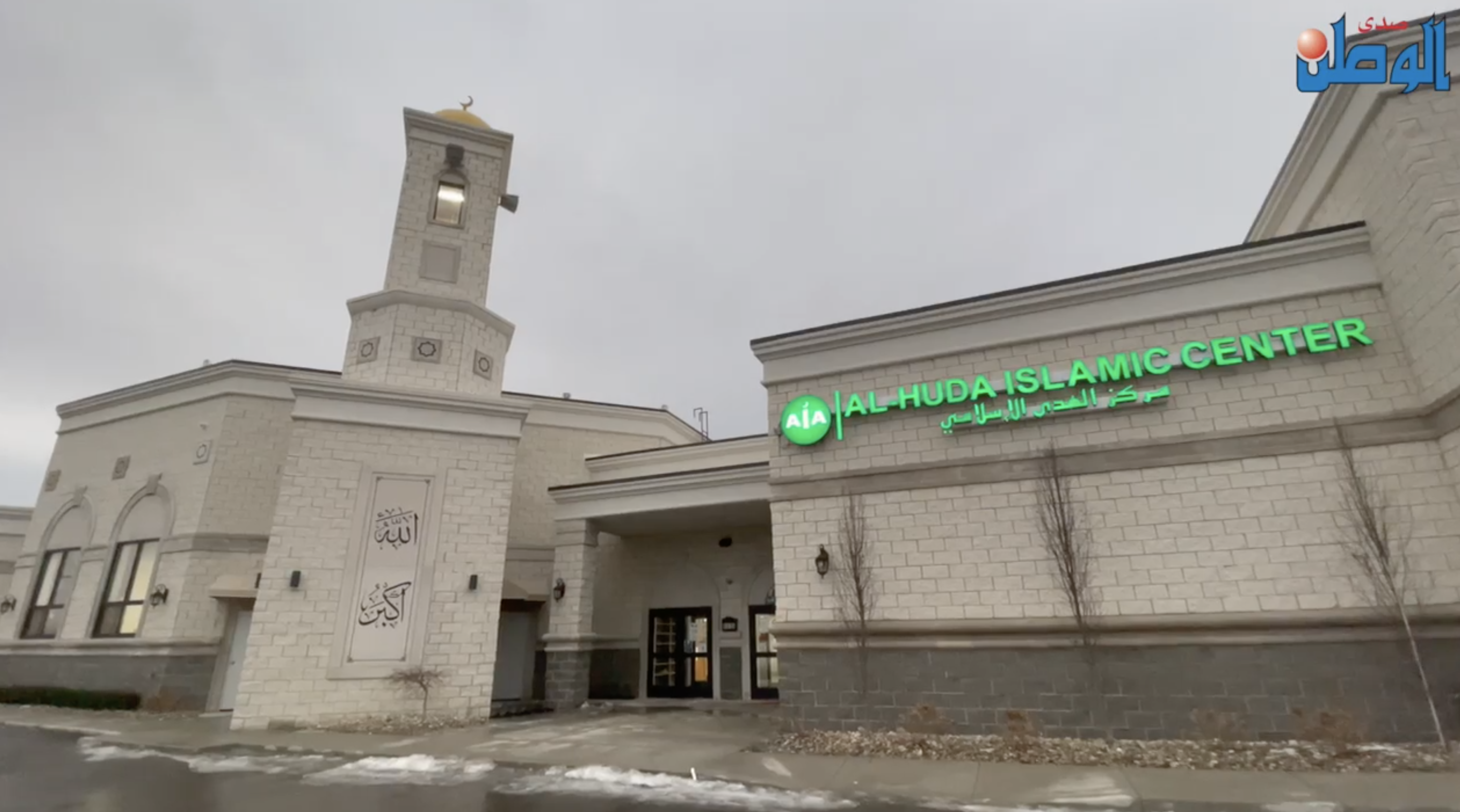 – Photo by The Arab American News

“We do NOT believe there are any imminent threats or dangers to any other houses of worship,” said Mayor Hammoud, who responded to the scene of the incident immediately to support first responders and the mosque community. “The individual responsible for the fire and subsequent shooting acted alone and may have been experiencing a mental health crisis at the time.”

The FBI has also joined the investigation and a community forum with FBI and city officials and local faith leaders is planned for Saturday, at 11:30 a.m., at Al-Huda.

Local and federal law enforcement agencies assured the community that a deeper and thorough investigation was underway to get to the bottom of the crime.

The FBI confirmed that there is no credible threat against any house of worship in the area at this time. The FBI also said it continued to be vigilant and on the watch and asked the community to communicate any suspected activities.

U.S. Attorney Dawn Ison shared her concern about the attack and shared information as she continued monitoring the situation and was in touch with federal and local law enforcement agencies.

The nature and site of the attack raised special concerns in the Arab American-concentrated city that houses the mosque.

Though the suspect’s name was not officially released, it was eventually spread across local social media and his identity came under some focus.

But community members — and local religious leaders especially — assured observers that local Arab Americans stood united in condemning the actions of one disturbed individual on a sacred house of worship and were confident that the attack should not be misconstrued to prove some kind of discord.

We have said this on the pulpit, that there is no difference between Sunnis and Shi’as. We did more than that; we’ve said that this mosque is open to Muslims and non-Muslims. — Mansoor Mashrah, Al-Huda board president 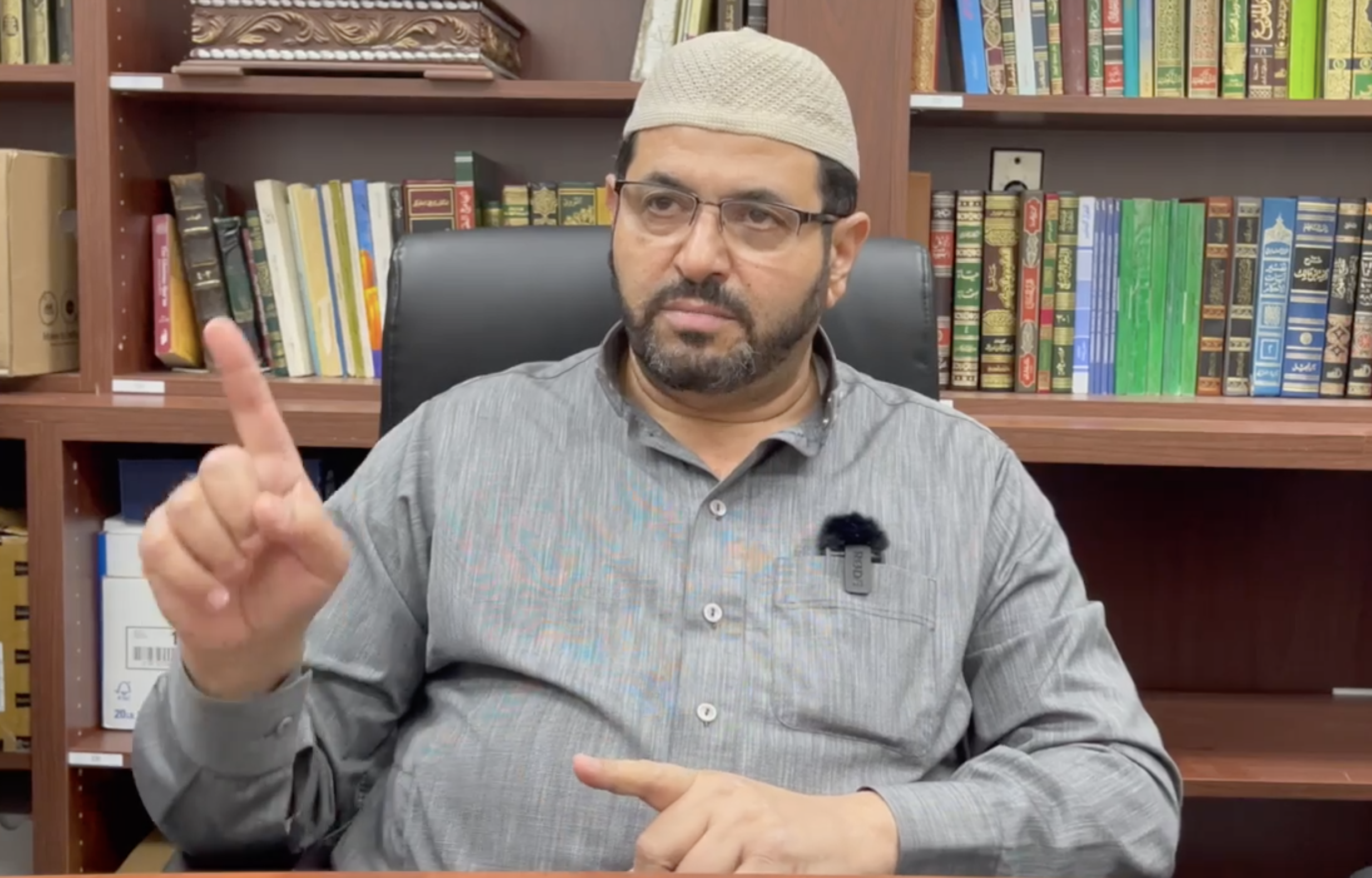 Al-Huda Board President Mansoor Mashrah, who was alerted of the incident at the mosque around 1:20 a.m. and rushed to the site, told The Arab American News that the mosque stood open to any and all worshipers, regardless of the worshiper’s ethnic or sectarian background.

“From the day the mosque opened, it has been open for all,” Mashrah said. “We have said this on the pulpit, that there is no difference between Sunnis and Shi’as. We did more than that; we’ve said that this mosque is open to Muslims and non-Muslims.” 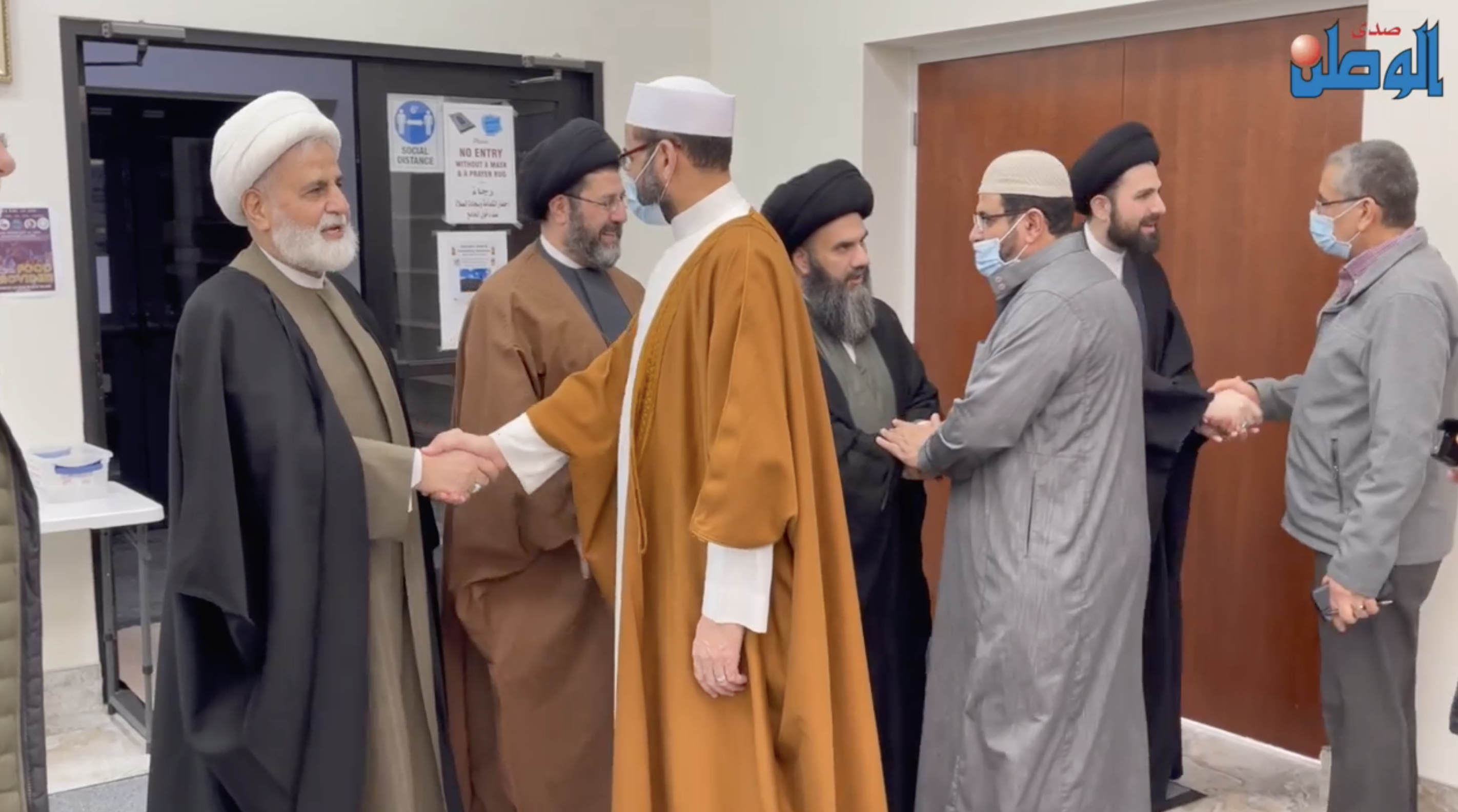 Local faith leaders meet with Al-Huda officials in the mosque in Dearborn. – Photo by The Arab American News

An attack on a Sunni mosque is an attack on a Shi’a mosque… This crime does not represent any sect or particular slice of the Muslim community. — Imam Sayed Hassan Qazwini

“An attack on a Sunni mosque is an attack on a Shi’a mosque,” Qazwini said. “Mosques are the houses of Allah and have sanctity. This crime does not represent any sect or particular slice of the Muslim community.”

A worshiper at the mosque echoed these sentiments.

“The person who committed this act represents himself,” he said. “(We are a united Arab American community) and don’t accuse any sect.”

Imam Husham Al-Hussainy leads the Karbalaa Islamic Educational Center, a local mosque and Iraqi American community center. He told The Arab American News that as a longtime community member and father leader, he is not familiar with Taqi and speculates that he may even have been sent to the community to cause strife.

We oppose this person’s actions and stand with the mosque’s worshipers and the local Arab community in solidarity. — Imam Husham Al-Hussainy

“I’ve been in Dearborn for more than 40 years and we’ve never seen this kind of violent incident,” he said. “We oppose this person’s actions and stand with the mosque’s worshipers and the local Arab community in solidarity.

“(I would go as far to speculate) that this person was sent here from the outside to create tensions between Shi’as and Sunnis and to create problems between Iraqis and other nationalities, to transfer the problems of the Middle East to the local community.”