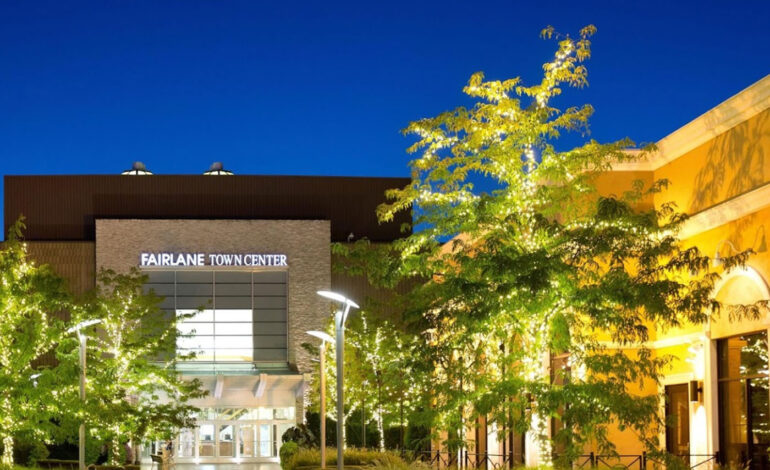 DEARBORN — The Fairlane Town Center shopping mall is expected to be sold next month. The information comes from a New York City-based company that tracks commercial real estate loans, as reported by Crain’s Detroit on Wednesday.

The sale is expected to close next month to unnamed buyer.

Fairlane Town Center was built in 1976. Crain’s said the mall’s current owner has defaulted on $886 million on the mall and six others around the country.

The mall was once owned by Taubman Centers, which owns dozens of malls across the country, including Twelve Oaks in Novi and Great Lakes Crossing in Auburn Hills. The troubled mall came under new management last year, with NY-based Spinoso Real Estate Group also grabbing  the lease on Partridge Creek in Clinton Township. Spinoso still lists Fairlane on its website.

Malls across the country have faced declining foot traffic and interests due to the boom in online shopping and the COVID-19 pandemic. Fairlane has been a fixture in the Dearborn community, with many long-term residents associating the building with personal memories of growing up in the city.

But the mall has faced its own problems, some stemming from its reputation of not being able to provide shoppers the same level of fast and trendy fashion they can experience at neighboring popular malls like Twelve Oaks or the ritzy Somerset Collection in Troy. However, many local families still rely on Fairlane for holiday shopping and more.

Local news stories have also dampened people’s interest in the mall, with an armed robbery and an indecent exposure incident occurring on its properties in 2020 alone.

In 2017, then-State Representative Abdullah Hammoud introduced a bill that yields additional authority to security guards who have gone through supplementary licensing and training at the Fairlane Town Center in an effort to back local police. The proposal would have allowed the mall to have a holding cell with the approval of the City Council, if it logged more than 10 million visitors a year.

Over the years, the mall’s owners attempted to attract new clientele, with the addition of the AMC Star Fairlane Theater in 2001, a brand new food court in 2007 and popular restaurants like PF Changs in 2008. In 2013, Fairlane was home to more than 150 retail stores, including the movie theater, a fitness club, the revamped food court and several major restaurant chains.

Fairlane entered receivership in 2020 after its $161 million portfolio loan, including two other mall properties, had been transferred to special servicing in March 2019. The loan balance as of last year was $127.1 million, according to The Detroit News.