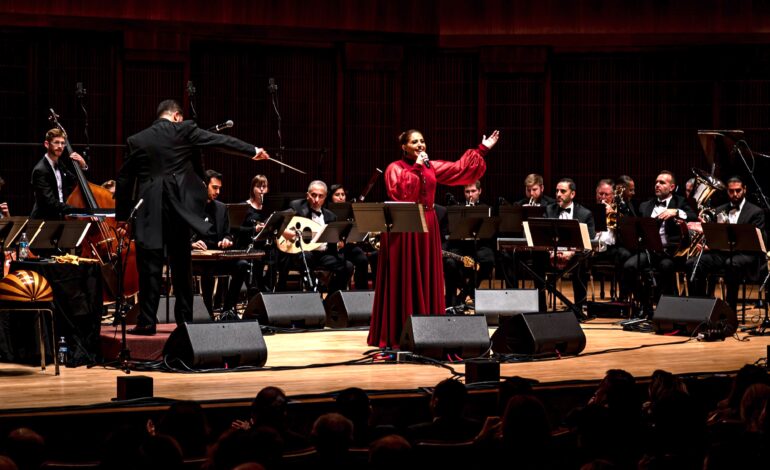 Organized by the UMS, this year’s program promises to take audiences on a journey through the Arab world, with the orchestra finding insightful ways to instill a broader appreciation for Arab music and its heritage across the country.

The concert program will also feature a new commission that paints a picture of the immigrant experience, inspired by the writings of Arab students in the Metro Detroit area. UMS Choral Union Music Director Scott Hanoian guest conducts the new work, which features the UMS Choral Union and the NAO.

Founded on the University of Michigan’s campus 13 years ago, the orchestra grew from a small chamber group to a full orchestra. Consisting of 25 brilliant musicians from across the U.S., the NAO also works to preserve and integrate Arab culture through music education, outreach and performance.

The orchestra’s performances in Dearborn have attracted packed auditoriums and featured talented and beloved Arab voices from the local Arab American community and across the globe.

Conductor and founder Michael Ibrahim has developed a program that showcases the sounds of Andalusian Spain, the Levant and North Africa in this voyage through the Arab world’s diverse 22 nations. A Metro Detroit native, Ibrahim was born into a Syrian immigrant family of working-class  origins. He earned a bachelor’s degree in music from Eastern Michigan University and a Master of Music degree in conducting from Wayne State University. 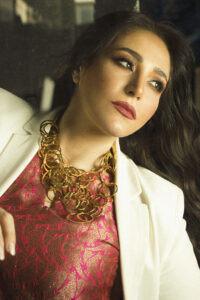 This year, audiences are invited to journey through the musical mind of Nehme, one of the most influential voices in Arab music, as she performs her favorite pieces, ranging from the traditional to the contemporary.

Known for her ability to sing in more than 29 languages and a multitude of music genres, Nehme’s work invokes cultural traditions and artistic dialogues that is said to transcend boundaries.

She is an established and influential international crossover singer and songwriter from Lebanon. The first Arab artist signed to Universal Records, Nehme has performed at the prestigious music venues and prominent international festivals around the globe.

For six years, she traveled around the globe looking for the roots of folk and ethnic music, observing and participating in the cultural traditions of several ethnicities.

“The National Arab Orchestra held its first concert on the campus of the University of Michigan nearly 13 years ago as a small student group,” said Ibrahim, music director for the NAO. “I’m so thrilled to see the NAO back in Ann Arbor after such a long journey and that, at long last, after a pandemic postponement, we are finally able to share this exploration of migration, love and cultural exchange.”

The UMS is an independent non-profit organization affiliated with the University of Michigan, presenting more than 70 music, theater and dance performances by professional touring artists each season, along with more than 100 free educational activities.

Tickets to individual events are available at (734) 764-2538, at  ums.org, in-person at the League Ticket Office (911 N. University Ave.) and at Hill Auditorium beginning 90 minutes before the performance.

Student tickets ($12 and $20) and Kids Club tickets (up to two $10 kids’ tickets with the purchase of at least one adult ticket at $20) are also available for all performances. Additional information about the UMS’ Kids Club and student ticket programs can be found at ums.org/kids and ums.org/students, respectively.