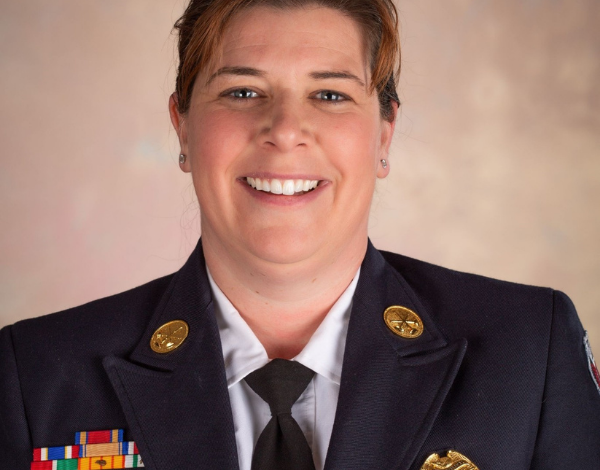 Ridenour is a Dearborn native and graduate of Eastern Michigan University. She received a master’s of public administration from the University of Michigan-Dearborn in 2005.

Ridenour joined the department in 2002 and became the fire marshal in 2012.

With her promotion to deputy fire chief, she replaces outgoing Deputy Fire Chief Joey Thorington, who announced his retirement this year after 24 years of service.

Ridenour will begin her role as the highest-ranking woman in the department’s 114-year history on May 1 and will be responsible for acting as fire chief in the absence of the chief, serving as the fire department’s chief financial officer, managing the department budget, serving as primary contact for department purchases, acting as the spokesperson for the department and the daily review of operations to ensure proper practices are being utilized to secure the safety and health of all employees, the best service delivery and ultimate compliance with local, state and federal ordinances.

“Deputy Chief Ridenour has an outstanding two-decade career with the Dearborn Fire Department and she has made many important contributions to the department during that time, setting a great example for her fellow firefighters and other aspiring firefighters in the community,” Fire Chief Joseph Murray said. “I know she will continue to excel in her new leadership role and I congratulate her on this well-deserved promotion.”

Ridenour was selected as Fire Inspector of the Year in 2013 by the Metropolitan Detroit Fire Inspector Society (MDFIS) and currently services in a number of executive roles, board and committees, including as vice president of the Oakland County Association of Arson and Fire Investigators and a board member of the Michigan Chapter of the Society of Fire Protection Engineers.

“This appointment is truly an honor, and I look forward to serving the residents of Dearborn and my colleagues in this new role,” Ridenour said. “My 20 years with Dearborn Fire Department have been such a great experience. The city has given me so many opportunities and I am grateful for all the department has provided. I am excited to work with the new administration, Chief Murray and all of the city’s stakeholders as we work toward positive outcomes for the future.”