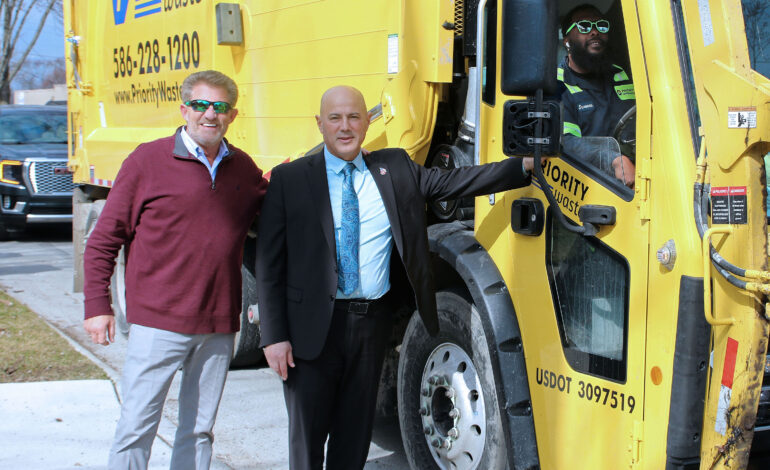 DEARBORN HEIGHTS — Priority Waste is just a week into its service contract, but the city is already impressed with the service from the trash hauler.

The Clinton Township-based Priority Waste began its service contract with the city on March 21 and while still in the early stages of the transition from GFL, city officials are impressed with its efficiency and level of customer service.

“Over the course of the week, I have been contacted by the company president several times to make sure we are completely happy with their service,” Mayor Bill Bazzi said. “In addition, other officials from the company have paid visits to both our Public Works and Ordinance Departments to make sure all our expectations are being met. The level of customer service has been excellent.”

“We actually did some homework and canvassed the city well before we actually started working here,” he said. “Which gave us a great chance to become more familiar with the routes. This familiarity is a real benefit for our drivers.”

Despite this head start, Ruthenberg said that there have been a handful of missed stops due to drivers still learning the ins and outs of the routes.

“With brand new routes, a few of these are bound to happen,” he said. “However, as the familiarity grows, these incidents will certainly drop off. We are pleased to report that our drivers are covering their routes in the prescribed times allotted — and even the few calls we did receive for missed stops were either corrected later the same day, or well within a 24-hour-time frame — there has been no need for anyone to contact us a second time once they have reached us. This is the type of performance we assured the city officials they would receive and we fully expect to maintain that level of service.”

“We are looking forward to a long and successful relationship with Priority,” Bazzi said. “Their customer service orientation is impressive. I’m confident our residents will become accustomed to  — and enjoy — the improved service Priority is providing.”