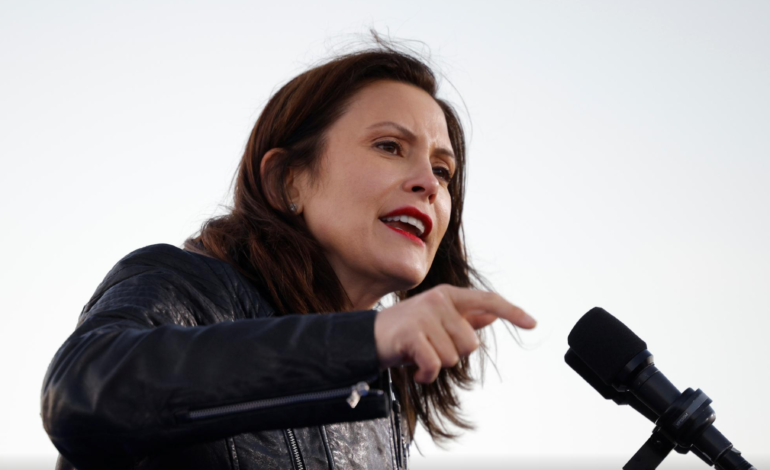 LANSING — Governor Whitmer became the first governor to file a lawsuit to protect abortion rights, in anticipation of a possible overturning of an overturning of Roe v. Wade by the U.S. Supreme Court.

Whitmer filed the suit using her executive authority to ask the Michigan Supreme Court to immediately resolve whether Michigan’s Constitution protects the right to abortion.

Michigan has an old law on the books from 1931 that criminalizes abortion without exceptions for rape or incest. With the passage of Roe v. Wade in 1973, that Michigan law was rendered unconstitutional and abortion became legal in the state.

This year, Roe could be overturned in the Dobbs v. Jackson case, triggering Michigan’s 1931 abortion ban.  Conservative judges on the nation’s highest court have expressed their willingness to overturn the law.

The Supreme Court is anticipated to make a decision in a case in front of it regarding a Mississippi law that bans abortion after 15 weeks of pregnancy, which could effectively end the national protection. If that happens, prosecutors could try to enforce Michigan’s felony abortion ban immediately, stripping some 2.2 million Michiganders of their rights to an abortion.

Michigan is one of 26 states that could move to eliminate abortion access if the U.S. Supreme Court overturns Roe v. Wade. 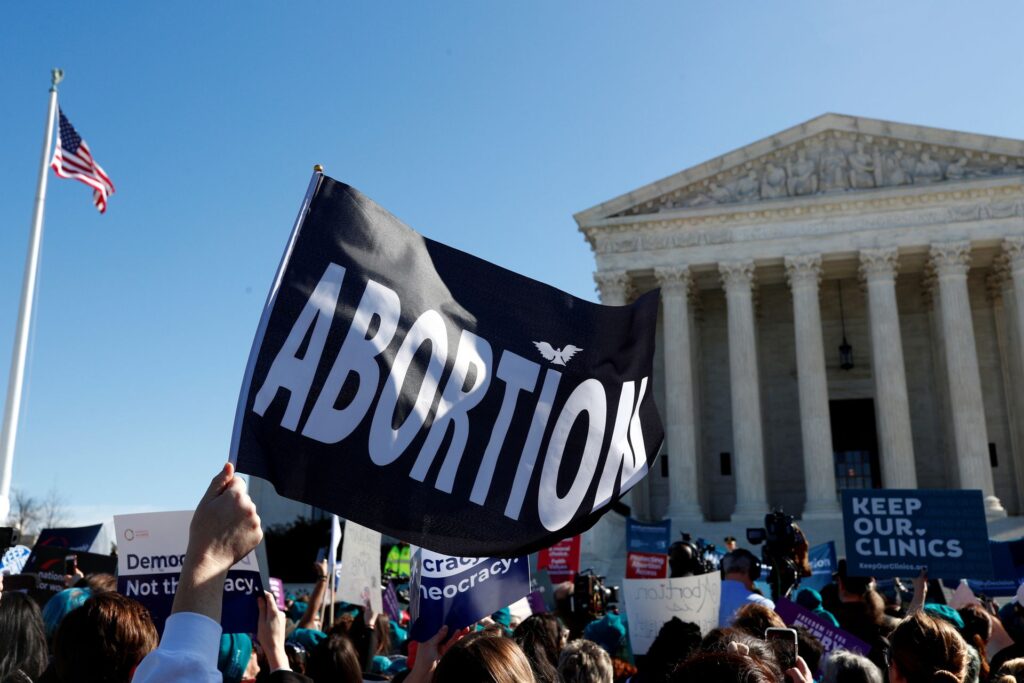 A demonstrator holds up an abortion flag outside of the U.S. Supreme Court as justices hear a major abortion case on the legality of a Republican-backed Louisiana law that imposes restrictions on abortion doctors, on Capitol Hill in Washington D.C., March 4, 2020. Photo: Tom Brenner/Reuters

If a woman is forced to continue a pregnancy against her will, it can have devastating consequences, including keeping families in poverty and making it harder for women and families to make ends meet. — Governor Whitmer

The suit says the abortion ban violates Michigan’s due process clause, which provides a right to privacy and bodily autonomy that is violated by the state’s near-total criminal ban on abortions. It also claims that a ban violates Michigan’s Equal Protection Clause due to the way the ban denies women equal rights because the law was adopted to reinforce antiquated notions of the proper role for women in society.

According to WDIV poll from January, 67.3 percent of Michiganders support Roe and 65.7 percent support repealing Michigan’s 1931 trigger ban on abortion. More than 77 percent believe abortion should be a woman’s decision.

Whitmer’s case is not the only one filed around the issue in Michigan. Co-plaintiffs Planned Parenthood and Dr. Sarah Wallet, a Michigan abortion provider, are challenging the 1931 law on similar grounds.

“Overturning Roe will criminalize abortion and impact nearly 2.2 million Michigan women,” Whitmer said. “If a woman is forced to continue a pregnancy against her will, it can have devastating consequences, including keeping families in poverty and making it harder for women and families to make ends meet.

Michigan Attorney General Dana Nessel remarked on the two lawsuits filed on Thursday, saying her office will not support the 1931 Michigan law.

“Let me be very clear, I will not use the resources of my office to defend Michigan’s 1931 statute criminalizing abortion,” Nessel said. “As elected prosecutors and law enforcement officials, we have the opportunity to lead and to offer peace of mind to women and health-care professionals who might otherwise be placed in the untenable position of choosing between the exercise of personal healthcare choices and the threat of criminal prosecution.”