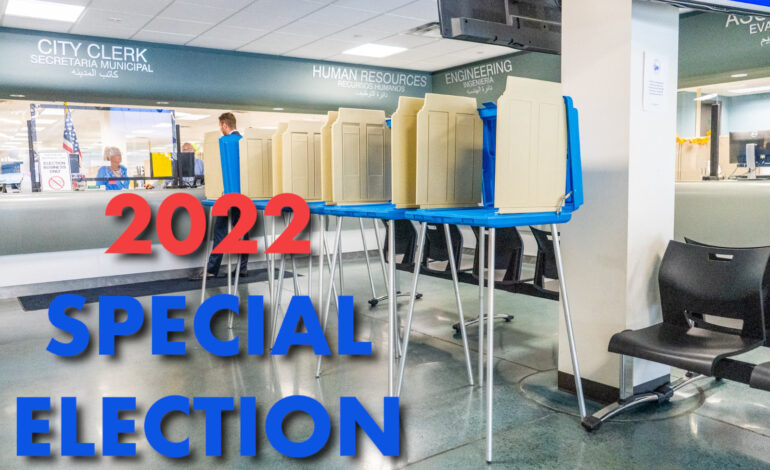 DEARBORN – Democratic candidate Jeff Pepper will compete against Republican Ginger Shearer in a special election on May 3 to fill out a State House seat vacated by Dearborn Mayor and former State Rep. Abdullah Hammoud through the end of the year.

Pepper won the special Democratic primary election in March over Alabas Farhat — 3,590 to 2,778 votes — riding on a wave of absentee voting in western precincts of Dearborn.

Shearer received 1,201 votes in that election.

The 15th District covers most of Dearborn, except for three northeastern precincts.

Shortly after that primary, Farhat threw his support and endorsement behind Pepper, who also won the endorsement of Wayne County Commissioner Sam Baydoun.

Low voter turnout in the eastern and central districts, where a higher Arab and Democratic-leaning voting base is located, could mean more election day momentum for Shearer, who may be favored by Whiter, more affluent, western district voters. Those western precincts also came out heavily for Pepper in both absentee and Election Day votes in the primary, but a lack of eastern support could play out in Shearer’s favor.

Shearer did not immediately respond to a request for a comment by The Arab American News.

The Michigan legislature is currently in budget deliberations and there are funds out there, like those allocated by the federal government for COVID-19 related issues, that a representative could help direct for crucial projects.

“We have some real serious needs here in Dearborn,” Pepper told The Arab American News. “We need additional assistance here in connection with the sewage separation project, there are things that Mayor Hammoud would like to do with Camp Dearborn, the splash pad in southeast Dearborn that the mayor has a bigger vision for; there’s always a need for money.”

Though Farhat is encouraging his supporters to come out for Pepper, turnout remains to be seen. Farhat, Shearer and others will compete in the August primary for the newly drawn State House district covering Dearborn for full terms. Pepper did not enter his name in that election.

Michigan’s elections officials are encouraging voters to hand-deliver their absentee ballots to their local clerk’s office or ballot drop box in the week leading up to the May 3 elections. Clerks’ offices are required to be open for eight hours the weekend before every election. Voters should contact the Dearborn City Clerk for its hours of operation this weekend.