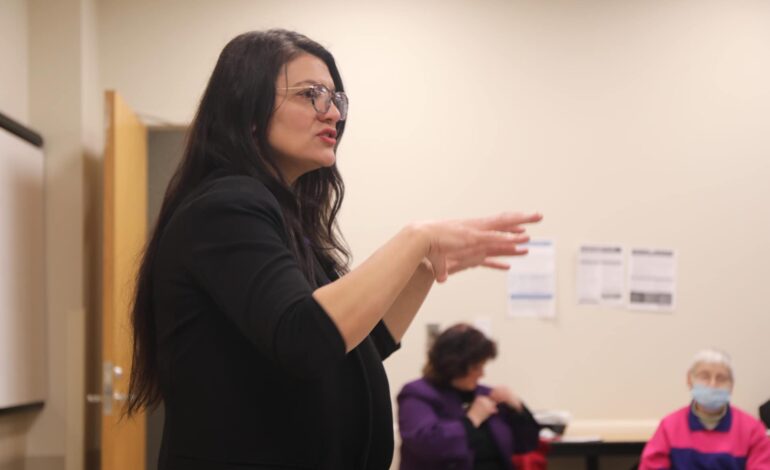 Urban Empowerment Action is planning to spend upwards of $1 million in campaign funds on one of Tlaib’s opponents in the August Democratic primary, Detroit City Clerk Janice Winfrey.

Winfrey has called Israel the “one ally that we have in the Middle East” and said Tlaib’s lack of support for Israel —and therefore its recognized human rights violations — are “not conducive to the citizens of the 12th Congressional District.” She is also being supported by the Pro-Israel America PAC.

The Urban Empowerment Action PAC has received funding from a New York-based hedge fund, according to the Middle East Eye. 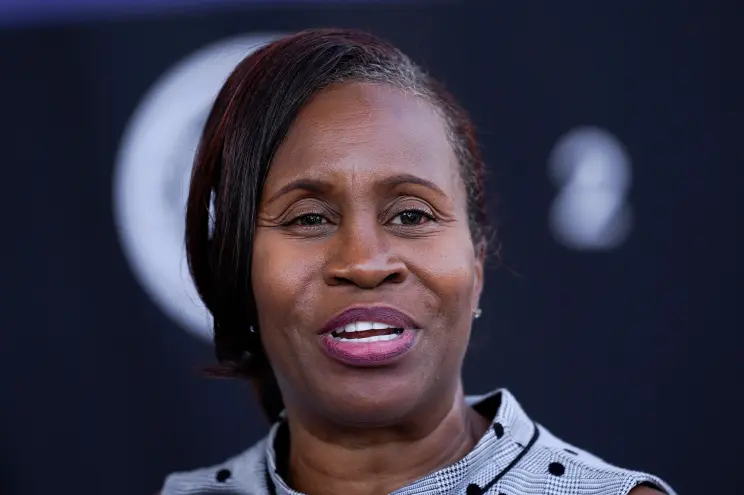 Winfrey has called Israel the “one ally that we have in the Middle East” and said Tlaib’s lack of support for Israel — and therefore its recognized human rights violations — are “not conducive to the citizens of the 12th Congressional District.”

The PAC is getting fundraising support and an endorsement from CNN commentator Bakari Sellers, Politico reported, a vocal supporter of the powerful Israeli lobby the American Israel Public Affairs Committee (AIPAC).

Sellers told Politico that though Israel is “definitely high up on the list” of reasons why voters should choose Winfrey over the Palestinian American Tlaib, though it wasn’t his main focus.

The PAC calls the 12th District fight a “premier race” and plans to spend “upwards of $1,000,000 on TV, digital, mail, radio and print advertising to support.”

It claims a broad coalition of African American and Jewish business, political and civic leaders, towards the betterment of the district’s Black community.

Though it does not explicitly say it supports Israel’s occupation, with fundraising spearheaded by prominent occupation supporter Sellers, it has also thrown support to pro-Israel candidates like Georgia Congresswoman Nikema Williams, who went to occupied lands on an AIPAC-organized trip in 2018, leaving little doubt that the mainstream Democratic Party’s support towards Israel’s right wing government is a major campaigning point.

Another Democrat supported by the PAC, Florida State Senator Randolph Bracy, is also endorsed by the Democratic Majority for Israel, another PAC he says he is “proud to be endorsed” by.

The PAC instead attacks Tlaib for a lack of “common-sense solutions” and says it’s supporting candidates who can further the “Biden-Harris agenda” and improve opportunities for district residents. Tlaib has been accused of being distracted by some local Democrat party groups, supposedly due to her connections with the Middle East and her outspoken protest against Israel’s illegal occupation and human rights violations in Palestine.

The newly formed 12th District holds diverse Metro Detroit communities, including Dearborn and Dearborn Heights, with their high concentrations of Arab American voters, plus Southfield and surrounding cities, which have sizable Black and Jewish voters.

Retiring U.S. Rep. Brenda Lawrence, who currently represents Southfield, Hamtramck, parts of Detroit and northern communities like Pontiac, has toed the line on the Democratic Party’s broad support of Israel.

Congresswoman Rashida Tlaib is battle tested and does not accept corporate PAC money. She is running another robust re-election campaign that is meeting and connecting with our residents where they are. — Denzel McCampbell, the Rashida Tlaib campaign

Tlaib has so far led in polls in the newly formed 12th District, far ahead of opponents like Winfrey. She has also raised $2.3 million and still has $1.6 million cash on hand, “which also dwarfs the extra million dollars being funneled into Winfrey’s campaign,” the Middle East Eye said.

When asked about the PAC’s claims against Tlaib, her campaign’s spokesperson, Denzel McCampbell, told The Arab American News that Urban Empowerment Action is “another sad example of out-of-state billionaire interference in local races, spending millions to peddle lies and distortions, and pushing a pro-corporate agenda on a district that has consistently stood against the corporate greed hurting our families.”

“It’s flattering that someone who knows nothing about our district is so scared of the movement we’ve built that they’d spend millions of their own money to try to avoid paying their fair share in taxes,” McCampbell wrote by email. “Congresswoman Rashida Tlaib is battle tested and does not accept corporate PAC money. She is running another robust re-election campaign that is meeting and connecting with our residents where they are.”

McCampbell said the campaign has talked to thousands of voters, receiving overwhelming support and that outside super PAC ads do not win elections, direct voter contact does.

“If our opponent truly does care about our democracy, I hope that she will immediately disavow and condemn this type of Big Money attack on our democracy that only seeks to mislead voters and distort reality,” McCampbell said. “Voters in Michigan’s new 12th District can see right through these desperate schemes and we’re laser focused on returning Congresswoman Tlaib to Congress to continue building on her impressive record of delivering life changing services and legislation for her residents.”