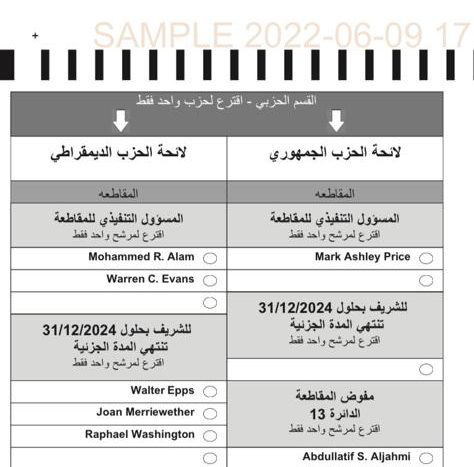 Part of a Dearborn ballot in Arabic

DEARBORN — Voters in Dearborn can now expect translated materials in time for the August primary.

An effort to translate voting materials, including ballots, into Arabic in the city of Dearborn is now well underway, thanks to the work of a committee appointed by Mayor Abdullah Hammoud and the City Council.

The committee to oversee the translations was compromised of Osama Siblani, The Arab American News publisher, selected by Hammoud, and Ali Ajami and Kassem Doghman, selected by the City Council.

Working under a time crunch, the committee of three was able to fix mistakes in earlier translations done by a contracted company and include translations in standard Arabic (understood widely in the Arabic speaking world) of Election Day and absentee ballots’ written voter instructions, as well the audio visual technology used to accommodate those with auditory and visual disabilities.

The August primary should mark the first time in the U.S. that actual Election Day and early voting ballots will be translated into Arabic.

Previously, only sample ballots were available in Arabic to voters in Dearborn, and only for the last two years.

The effort to translate election materials for non-English speaking residents of the city is a concerted effort that has taken years of advocacy and a recent novel approach by one Dearborn City Council member.

Because Arab Americans have been historically mis-categorized as “White” in federal census data, they have been deprived of federal mandates to bring language access as mandated by voter rights laws in the country.

Councilman Mustapha Hammoud introduced a resolution earlier in the year to translate the ballots and election materials for the crucial 2022 elections.

Because Arab Americans have been historically mis-categorized as “White” in federal census data, they have been deprived of federal mandates to bring language access as mandated by voter rights laws in the country.

Communities like Hamtramck have had election materials available in languages other than English for some time now. That’s because the city’s Bengali-speaking community has been large enough — and federally recognized — for it to meet federal standards, and therefore translations have occurred there through a federal mandate.

In Dearborn, the Arab American population — and its population of residents who primarily use the Arabic language — has far surpassed those standards. But a lack of representation in federal racial and national categories meant Hammoud had to draw up a resolution that implemented the spirit of the language access provisions of the federal Voting Rights Act to city residents.

Initially, that effort saw resistance from both the Dearborn city clerk and Wayne County clerk.

But after Michigan election officials said Hammoud’s resolution was completely legal, the effort was underway. 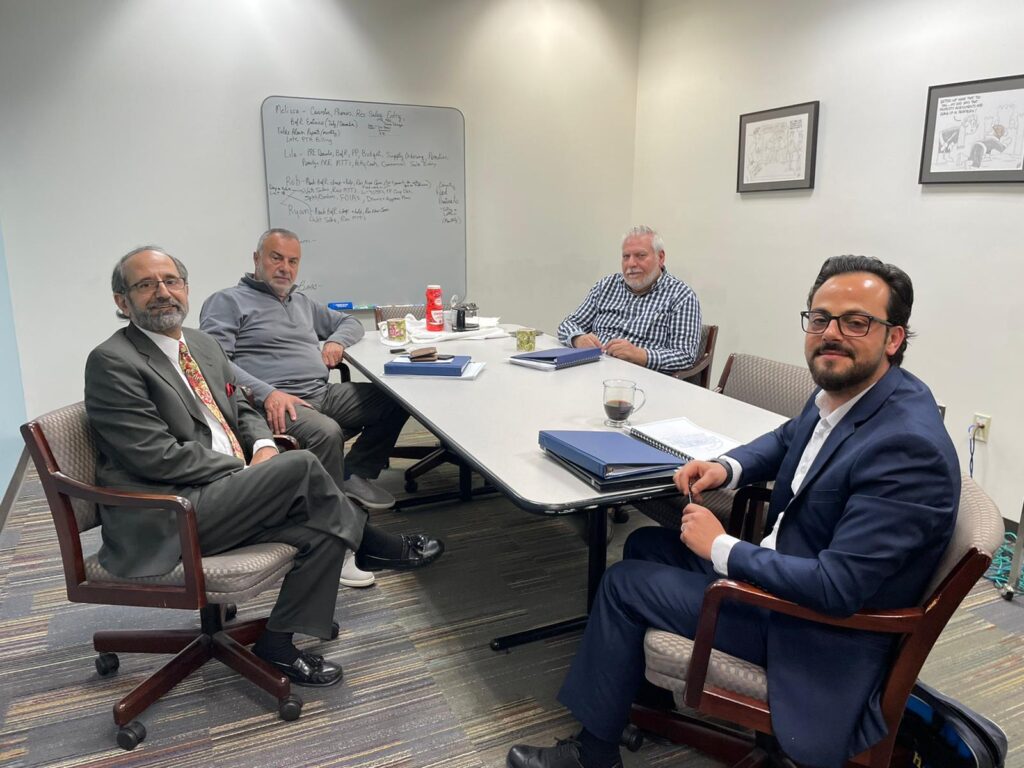 Hamtramck soon followed suit in passing its own, very similar language access ballot that asks its city clerk to translate election materials into Arabic. Update: On Thursday, June 23, the Hamtramck City Clerk confirmed with The Arab American News that those translations will be available to voters for the August primary.

Anyone who has performed translations of texts in a different language knows the challenges of maintaining the breadth and meaning of important information.

The committee, in evaluating the translated ballots already performed by the translation service contracted by the city clerk, found mistakes and had to correct them under a tight timeline in time for the August primary.

“Those translations were not good, to say the least,” Ajami told The Arab American News. “We did a revision of those ballots (to bring them up to standard Arabic language standards). It took took us a few meetings of two to three hours each.”

Ajami said the language access effort will truly help voters who do not use English as a first language exercise their democratic rights.

Doghman, who has extensive experience in journalism and teaching the Arabic language, said he was happy to have served the historic effort. He said he expected mistakes in initial translations.

“As soon as I was appointed by the City Council, I was ready to find mistakes in the translations,” Doghman said. “It’s normal because the company that translated the ballots for Arab American voters may not know some Arabic language standards.”

Anyone who has performed translations of texts in a different language knows the challenges of maintaining the breadth and meaning of important information.

The translation will appear on the same ballot alongside English. Voting instructions, candidate party affiliations and the position they are competing for, as well as ballot measures, will all be offered in Arabic.

The names of candidates on the translation will be in English, as there are several ways to spell out English names phonetically in Arabic.

The next step in the process is for each candidate to approve the ballots.

Dearborn voters have some important decisions to make in this election cycle, with several Arab American candidates running in newly formed State House and Senate districts, as well as a Congressional race that could potentially mean the area could be represented by Palestinian American Rashida Tlaib in Washington.