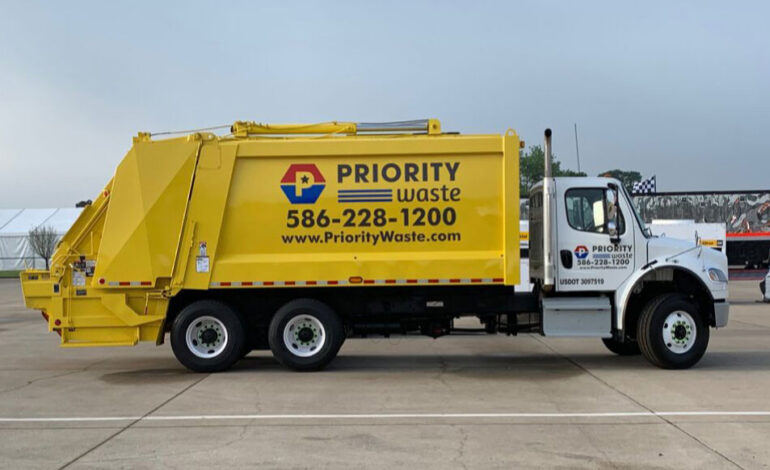 DEARBORN HEIGHTS — A little over two months into its time with the city, Priority Waste has had numerous unhappy customers, and city officials have had enough.

Over the past several weeks, the city has received several complaints from residents regarding missed stops, delays in trash and recycling pick-ups and even accusations against a driver for allegedly threatening a resident.

During a June 7 study session and presentation, residents Kim and Allen Bolash addressed the City Council to bring attention to the incident. 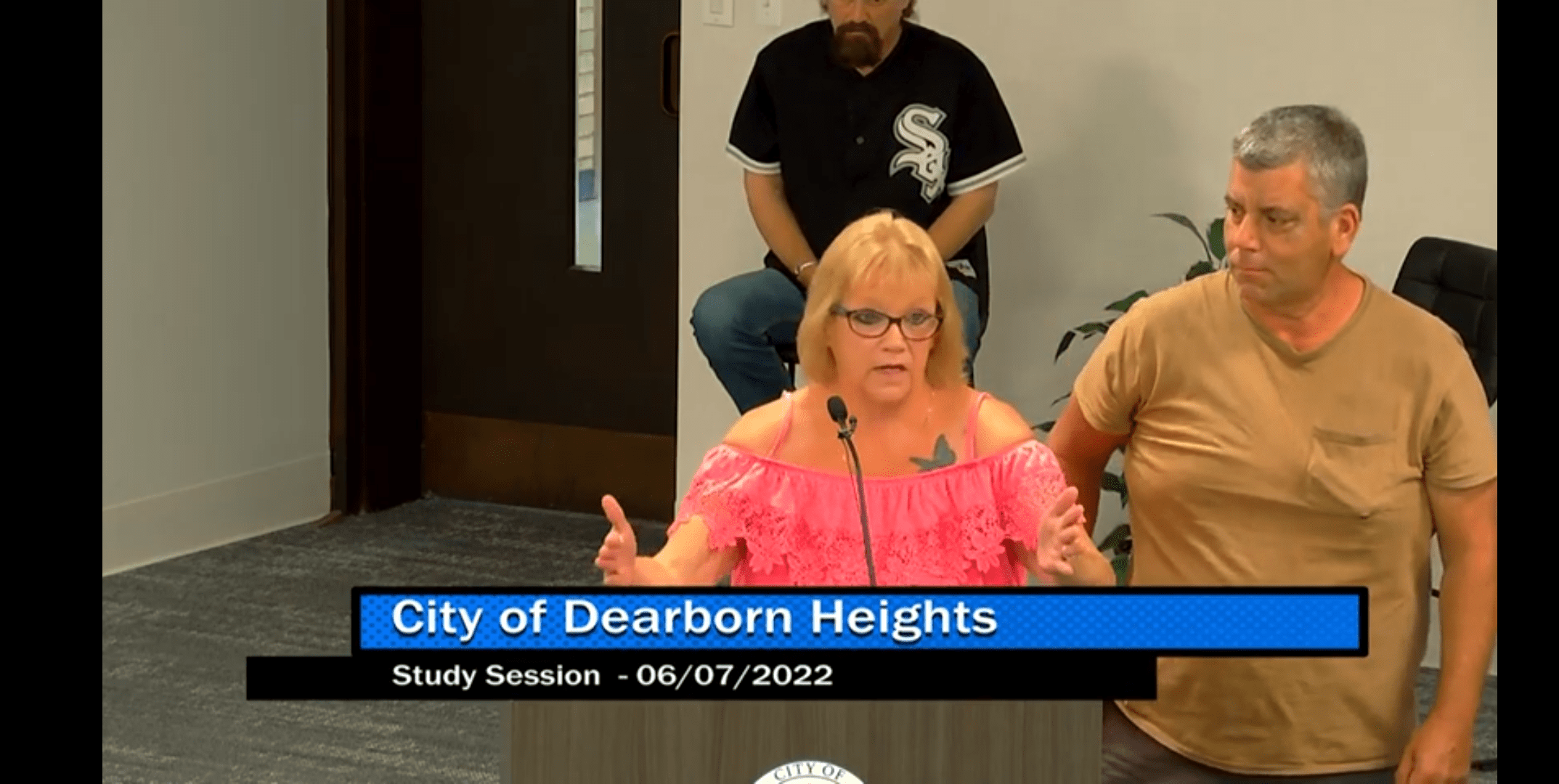 Residents Kim and Allen Bolash describe an incident where a Priority Waste driver allegedly threatened their family. Photo: Screenshot of the Zoom meeting

“We’re the family that got threatened today by a garbage truck driver,” Kim Balosh said. “We were sitting at our table having our breakfast, with the window open and the garbage truck was on the other side of the street, and he’s screaming and swearing because some kind of carpet or rug came out of the people’s garbage and he was ‘F this’ and ‘MF’, and just screaming at nobody.”

She then said the comments from the driver intensified when a bag fell out of her own trash can.

“He started screaming again and said ‘you MFers should be shot’, ‘you’re stupid,’” she said. “It was crazy, and my husband, that’s all he said, he did yell out the window, he said, ‘Watch your language; there’s kids here.’ And he still kept screaming.”

“As he sees this, he’s screaming and swearing and threatening my husband, so he came home and we were going to call Priority,” Kim Bolash said. “And as we are doing this, here comes the garbage man back to our house and he starts screaming and taking pictures of our house and our address, saying he was going to come take care of us later.”

Paul Ruthenberg, of Priority Waste’s Municipal Relations Department, said the driver in question was no longer assigned to the city and that all of the trucks are equipped with GPS tracking and camera systems.

During a June 14 City Council meeting, Dearborn Heights Police Chief Jerrod Hart confirmed that the Bolash family were not seeking criminal charges and were going to deal directly with Priority Waste regarding the incident. 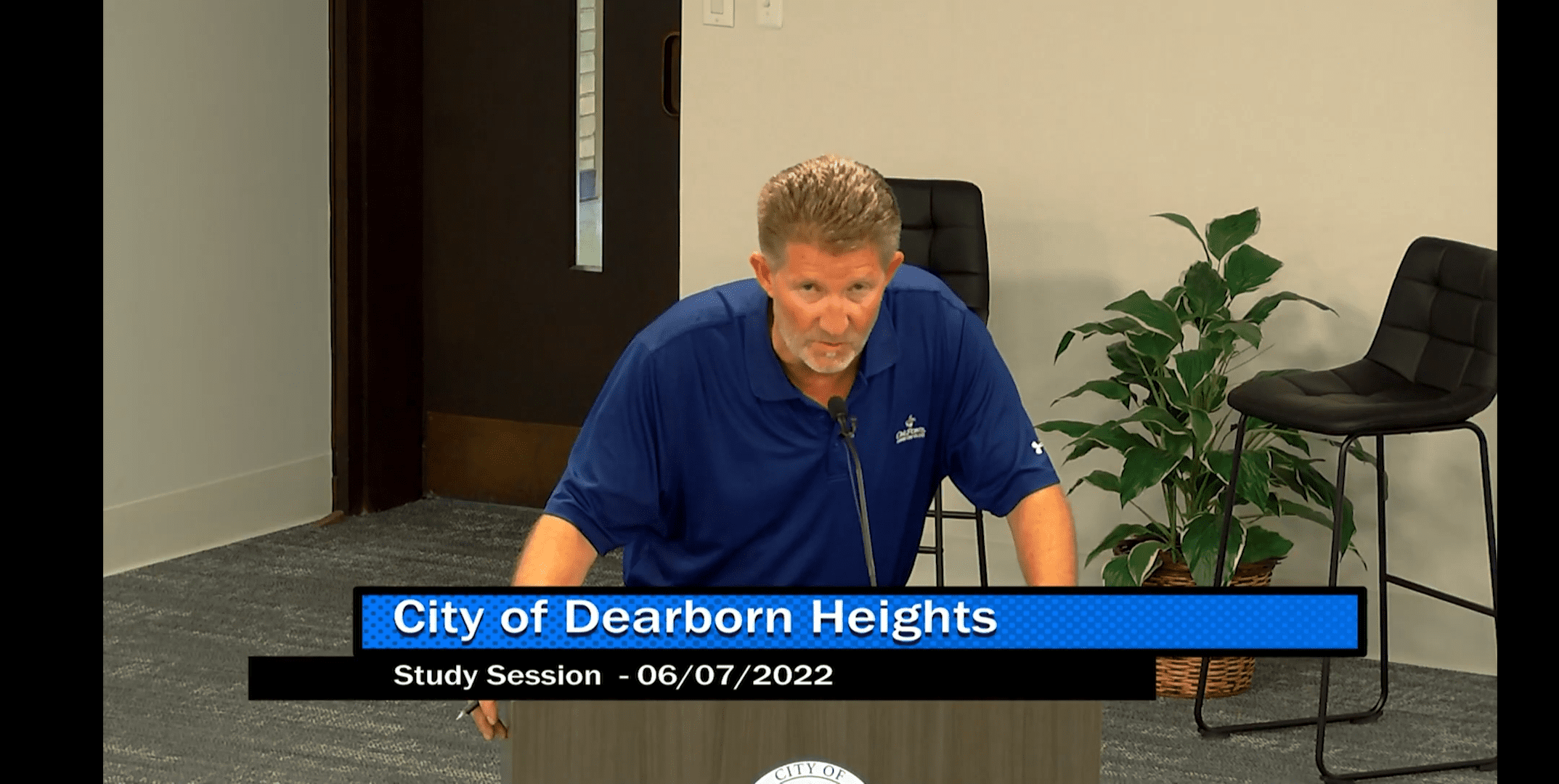 Officials confirmed to The Arab American News that Priority Waste did perform an internal investigation, including reviewing video footage, and found no evidence of wrongdoing. However, Priority Waste remains willing to cooperate with police if necessary.

In an exclusive release sent to The Arab American News, Mayor Bill Bazzi said officials from both Priority and the city agreed that they need to improve.

Some of the contributing factors include bulk item pick-up, which requires drivers to hand-load the bulk items into their trucks and can cause the trucks to fill up more quickly. To help resolve this issue, Priority Waste has instructed its drivers to identify all stops where large amounts of bulk items have been placed at the curb, which will be tagged as a “special handling” case.

The driver is required to then send a photo of the pile and address to their dispatch center where a separate truck will be sent — upon approval — to remove the items at an additional fee to the resident. This will allow the original driver to continue with their route.

Residents wishing to schedule independent bulk pick-up can call Priority at 586-228-1200 and the city’s ordinance department at 313-791-3497 to schedule a truck at an additional fee.

Communication issues have also been addressed with Priority instituting a “five-minute” policy for all incoming calls, as well as significantly increasing the number of call center staff.

“These two measures represent just the start of the actions we will take to ensure our trash collection process gets back on track and remains at the level of service we expect,” Bazzi said. “In the coming weeks, our residents and business owners will see more communication regarding corrective actions that will be taken as we continue to work with Priority’s leadership — as well as suggestions on how our customers can help streamline the collection process by taking some very simple steps. The delays we have experienced have been difficult and frustrating for all of us, including Priority Waste. However, I’m optimistic the discussions we have held with the Priority leadership over the past several days will help us restore our service to the levels both we — and Priority — expect. This is a high priority for my office and we will continue to monitor the situation closely — and take whatever steps necessary to ensure top-level service for our residents and business owners.”

Anyone experiencing issues with their trash collection is encouraged to contact Priority directly at 586-228-1200.