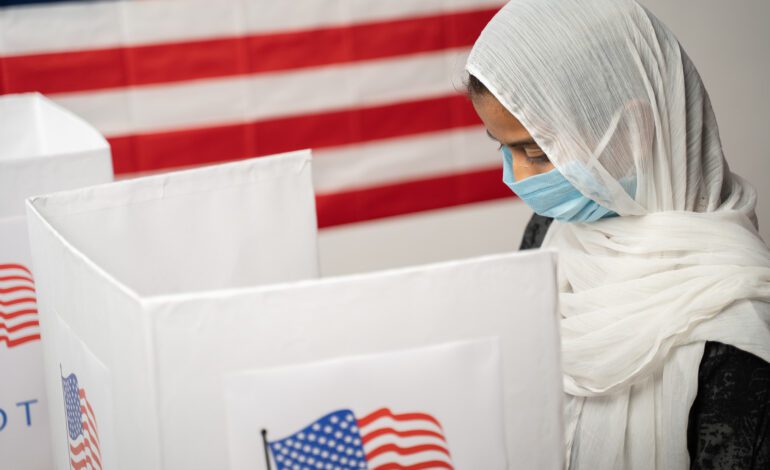 A new report by a Muslim civil rights and political organization shows significant disapproval among Muslim voters of President Biden’s performance, but a projection that voters will prefer Democrats in the coming midterm election.

The report was released this week by the Council on American-Islamic Relations (CAIR) — which calls itself the nation’s largest Muslim civil rights and advocacy organization — and surveys Muslim Americans on political and social issues this year.

CAIR has undertaken several such survey reports on the Muslim American demographic in the past, including extensive reports on the rise of Islamophobia and discrimination in the country.

CAIR’s Muslim Midterm Election Survey 2022 attempted to gauge “attitudes and affiliations” from a sample of 525 Muslims Americans, regarding political choices as well as other hot-button topics like abortion, gun control and the economy. (The results presented here are rounded off to the next whole number).

The survey revealed that some 49 percent of Muslims disapprove of Biden’s performance while only 28 percent approve. As for this year’s elections, which will decide whether Democrats get to keep their slim majority in the U.S. House of Representatives, 59 percent said they plan to vote for Democratic congressional candidates in the midterm. 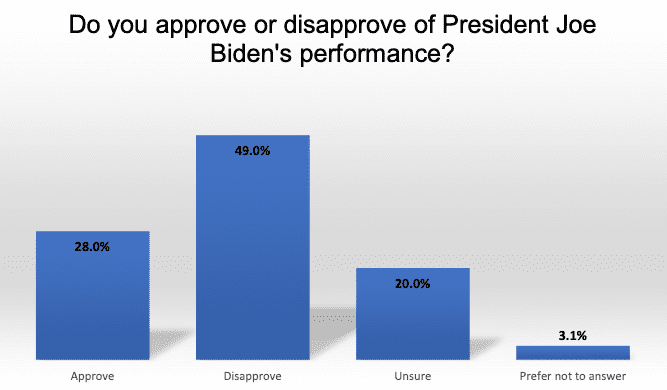 The survey shows high voter engagement among Muslim Americans, with more than 85 percent of respondents saying they are likely to vote in the upcoming elections.

An overwhelming majority of respondents said they plan to vote for Democrats in the upcoming midterm. 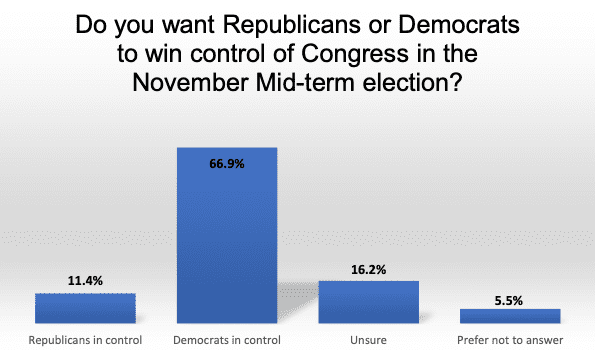 Some 85 percent of respondents they found the Republican Party to be “unfriendly” towards Muslims. Some 74 percent preferred Democrats over the GOP on fair treatment of all immigrants.

The surveyed Muslim Americans also showed deep concern over international issues like the Israeli occupation in Palestine, the conditions of Uyghur Muslims in China and the treatment of Muslims under the right-wing nationalist regime in India. 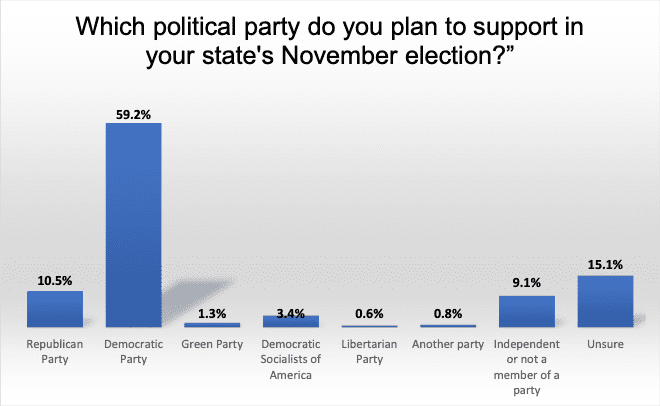 The survey was open online between May 25 and June 22, the period in which the leaked U.S. Supreme Court decisions overturning federal abortion rights in Roe V. Wade came out.

The results were mostly similar on other pregnancy windows.

Only 7 percent said they would support laws that prohibit abortion at any state of pregnancy without any exceptions.

Only 9 percent of men and 1.3 percent of women said they support laws that prohibit abortion at any state of pregnancy without any exceptions.

Some 82 percent of Muslim respondents also supported a federal ban on semi-automatic rifles such as the AR-15, while only 12 percent reported opposing such a ban. 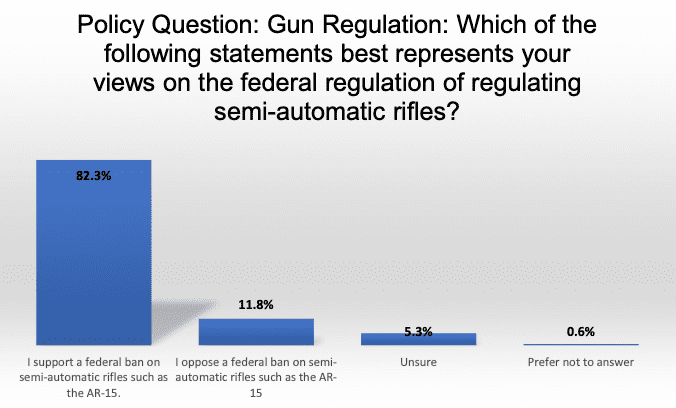 President Biden and other elected officials should take concrete actions to address these and other pressing issues of concern to American Muslims and many other Americans. — Edward Ahmed Mitchell, CAIR

The survey was administered online using an online link. In addition to emails sent to mailing lists used by Muslim Americans, social media platforms were used to advertise the survey.

There is an estimated national population of 8 million Muslims in the country.

“As our survey reveals, American Muslims are a diverse and politically active community that holds unique views on the key political issues of our time, including abortion, gun control, religious freedom, international human rights and other major issues,” said CAIR Deputy Director Edward Ahmed Mitchell. “President Biden and other elected officials should take concrete actions to address these and other pressing issues of concern to American Muslims and many other Americans.”

Muslim civic engagement has risen simultaneously with an increase in Muslim American candidates running viable campaigns for public offices across the country, with great success in the past years. In Michigan, for the August 2 primary election, voters in Hamtramck, Dearborn, Detroit and surrounding suburbs are seeing a slate of Muslim-identifying candidates for State House, Senate and Congressional races on their ballots.