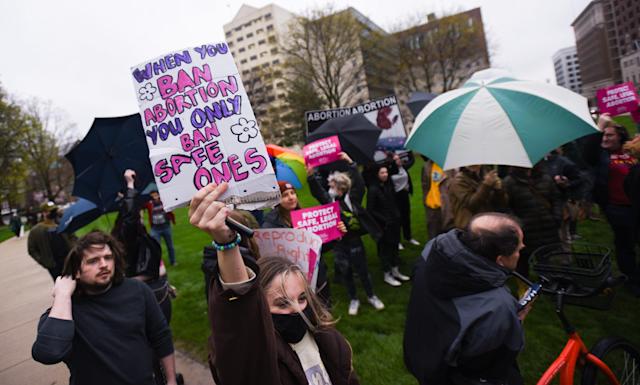 A rally in support of abortion rights in Lansing, May 2. Photo: Matthew Dae Smith/AP Photo

LANSING — The fight to maintain abortion rights intact in the state continues, with new actions from Governor Whitmer as well as voters.

The move comes after the U.S. Supreme Court overturned the landmark ruling that provided the federal right to an abortion, leaving the matter up to individual states.

Michigan has a century-old law that prohibits abortion, even in cases of rape or when the mother’s life is in danger from continuing a pregnancy. With the federal protection gone, the law kicked in, but lawsuits by the governor and Planned Parenthood caused an injunction, or pause, on that law.

The state says there are laws and legislative proposals across the country supported by the GOP that would make it a felony for a woman to seek abortion care and for a doctor to provide it; and if extradited back to those states, those patients and doctors could face jail time. Proposals also exist to punish someone who decides to cross state lines to obtain an abortion.

In Michigan, a proposal exists to imprison health care providers for up to 10 years if they help a woman get an abortion. The GOP legislature is also in court defending Michigan’s 1931 near total abortion ban that does not include exceptions for rape or incest.

The governor’s office said in a press release that the majority of women who seek abortion care are mothers already, trying to take care of the children they already have.

“After the overturn of Roe v Wade and the ensuing implementation of a series of extreme bans on abortion that criminalize women and medical professionals across the country, visitors to Michigan must know that they can access reproductive health care within our borders without fear of extradition,” Whitmer said. “That is why I signed an executive order today refusing to cooperate with out-of-state law enforcement seeking to punish women for seeking health care.

“I will stand up for all women, even if their local and statewide leaders refuse to. Michigan must remain a place where a person’s basic rights are preserved. In this existential moment for fundamental rights, it is incumbent on every elected official who believes that health — not politics — should guide medical decisions to take bold action.” 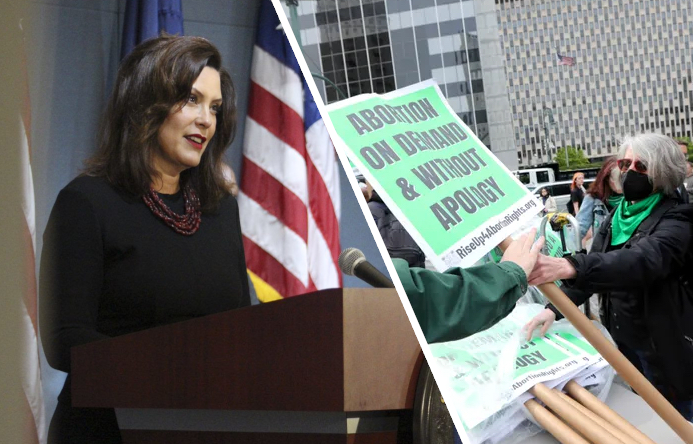 After the overturn of Roe v Wade and the ensuing implementation of a series of extreme bans on abortion that criminalize women and medical professionals across the country, visitors to Michigan must know that they can access reproductive health care within our borders without fear of extradition. — Governor Whitmer

Whitmer previously signed another executive order that instructs state departments to not cooperate with or assist authorities of any state in any investigation or proceeding against anyone for obtaining, providing or assisting someone else to obtain or provide reproductive healthcare that is legal where the health care is provided.

She also asked the federal government to clarify what rights Michiganders have to cross the U.S.-Canada border to seek reproductive health care or prescription medication, including medication abortion, and asked President Biden to make birth control available over the counter without a prescription.

Abortion rights remain a major concern for voters in the upcoming statewide elections, as shown by a recent petition to enshrine those rights in the Michigan Constitution.

A committee turned in 753,759 signatures this week to get that topic on the ballot. The amount was record-setting and far exceeded the state-required signature tally.

Election officials now have to check the validity of the Reproductive Freedom for All and Promote the Vote 2022 signatures to ensure the initiative has the required 425,059 signatures to appear on the November ballot.

“In Michigan, we trust women,” the petitioning origination says on its website. “The decision of whether to become pregnant or a parent is too important to leave up to politicians. This proposal will affirm that every Michigander has the fundamental right to reproductive freedom, which involves the right to make and carry out decisions without political interference about all matters relating to pregnancy, including birth control, abortion, prenatal care and childbirth.”

Volunteers obtined signatures from voters across the state with some urgency after the U.S. Supreme Court ruling.

The Detroit News reported that more than 62,000 people have gotten involved in or supported the Reproductive Freedom for All effort since it was announced in January and more than 30,000 of those individuals came forward after the May leak, the group said.