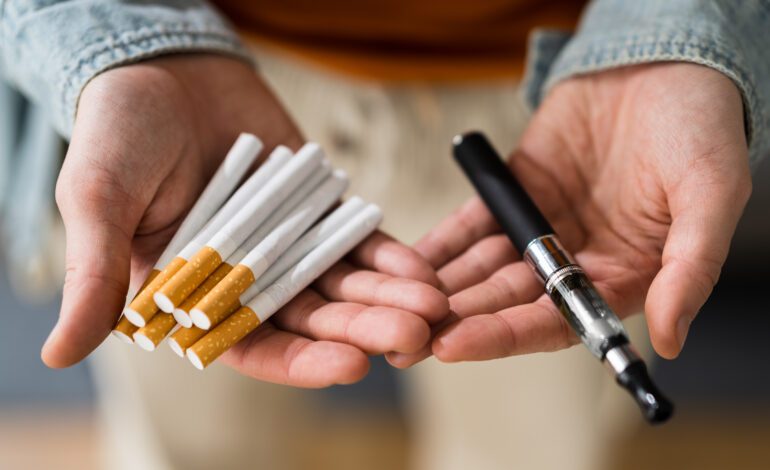 LANSING — You now have to be 21 years of age to purchase tobacco products in Michigan.

The new rule is the result of a package of legislation signed by Governor Whitmer on Thursday that target public health-related issues.

Legislation targeting the legal age for tobacco purchase in the state includes bills in both the State House and Senate.

Together, this legislative package brings the state in line with the federal “Tobacco 21 legislation”, raising the state age for tobacco sales from 18 to 21, Whitmer’s office said in a press release.

The bill package makes changes to several established state laws to raise the age of sale for retailers, even prohibiting anyone under 21 from entering a tobacco retail store, and prohibits tobacco sales through the mail to anyone under 21.

The package also takes a new look at how proceeds from the tax on cigarettes and other tobacco products are distributed.

A House bill raises the minimum legal sale of tobacco products, vapor products and alternative nicotine products from 18 to 21, in alignment with federal law.

Penalties for the sale of tobacco products to under-age individuals remain up to $100 for the first offense, up to $500 for the second offense and up to $2,500 for third and subsequent offenses.

Another one prohibits anyone under the age of 21 from entering a tobacco retail specialty store, like a cigar shop.

A Senate bill amends a portion of the Michigan penal code to require people and companies that distribute tobacco through the mail to verify that the recipient is 21 years of age, revising the previous age limit of 18.

Another Senate bill amends the Age of Majority Act of 1971, which prescribes the rights, liabilities and responsibilities of individuals aged 18-20. The legislation states that the act will not apply to the Youth Tobacco Act, which now prohibits tobacco use for those under 21, rather than 18.

Wayne County Sheriff Raphael Washington welcomed the sweeping change and said children and teens should not even be exposed to tobacco products, “period.”

“We have seen study after study showing the effects of nicotine on the developing adolescent brain and I’m proud to support raising the tobacco purchasing age from 18 to 21,” said Washington, who is running to keep his position in this August’s primary. “There is no doubt this simple change will save lives.”

Whitmer also signed several other bills on Thursday that expand access to life-saving medication for those experiencing an opioid overdose, crack down on retail crime, protect privacy and invest in judges to boost retention and get through the state’s case backlog expeditiously.