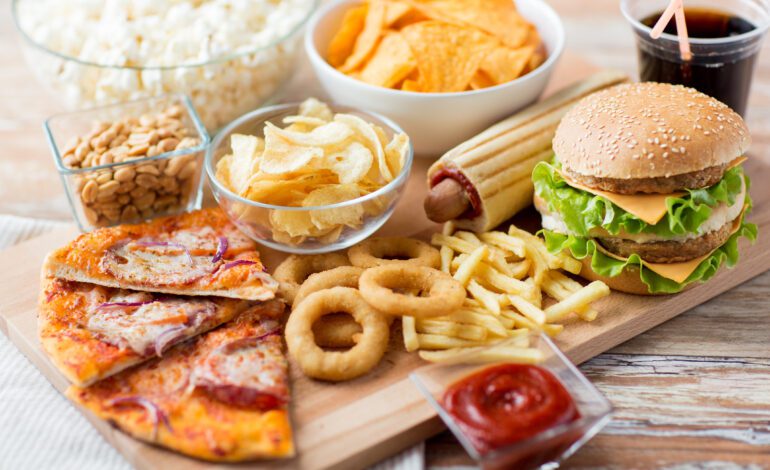 – This article was contributed by DrugGenius, a website dedicated to providing medically reviewed information about prescription drugs, health conditions, nutrition, supplements and more. It has been edited for style.

Live fried, die young? There are many behaviors and habits many of us developed and continue, despite studies having proven that they have adverse health complications (leading to lower life expectancies), from overconsumption of ultraprocessed food to skimping on exercise. In fact, a recent study revealed that eating junk food contributes to cognitive decline. However, many Americans continue to eat fast food despite knowing that it could take years off their lives.

This was evidenced by a recent 3,222-person survey conducted by DrugGenius.com, a provider of reliable, evidence-based information about prescription medications. The survey asked respondents hypothetically, how many years of their lives they would be willing to forgo if it meant they could continue to eat unhealthily.

The results revealed that the average Michigander would give up four years of their life to continue eating fast food! In fact, 51 percent also admitted that they flat-out ignore frequent studies that warn of the health risks of eating too much fast food.

When these figures were analyzed in each state, the places in which people were willing to forgo the greatest number of years to keep eating unhealthy food were Hawaii, Montana and North Dakota. People in these states would give up a whopping 12 years of their lives to maintain this kind of diet. Comparatively, these figures were lowest in Alaska, Colorado, Maine and Mississippi, where the average person would forgo “just” two years of their life to keep making these dietary choices.

Another study (Northeast Regional Center for Rural Development) found that American communities with a higher volume of fast food restaurants have a shorter life expectancy and research from the University of Michigan discovered that eating a hot dog costs you 36 minutes of your life, and a chicken wing can claim 3 minutes and 30 seconds.

The good news, however, is that it’s also possible to add years onto your life by making more nutritious dietary choices and implementing healthier lifestyle habits. You can prolong your life by 26 minutes by snacking on a handful of nuts and seeds, while a serving of salmon can add 16 minutes. But when it comes to choosing between a hot dog and a handful of nuts, many Americans still pick the hypothetical hot dog, despite knowing it could take years off their lives.

– 1 in 5 believe a burrito has the greatest health benefits.
– 60 percent would rather give up alcohol than fast food.
– The average person said the last time they did any type of aerobic exercise was three months ago.

When asked about the battle of hangovers vs. hot dogs, a majority (60 percent) of respondents said if it came down to it and they had to choose between quitting alcohol or fast food for the rest of their lives, they would rather give up alcohol.

One in three respondents also said they were more likely to take health supplements, as opposed to doing physical exercise to stay healthy. This perhaps correlates with another of the survey’s findings —  that the average person said the last time they did any type of aerobic exercise was three months ago! And finally, the last time the average respondent said they checked their weight was also three months ago (presumably on the same day they did exercise?!).

“It may seem like an impossible task to change up your lifestyle and dietary habits,” said Stacie Detmer of DrugGenius.com. “However, once you begin making healthier substitutions and choices in one or two areas, it can also help you learn more about the nutritional information and components of different food sources. Although it’s less-than-likely that you’ll be able to completely change your habits overnight, learning more about this kind of information can help you make healthier choices overall, potentially adding years onto your life if managed effectively.”