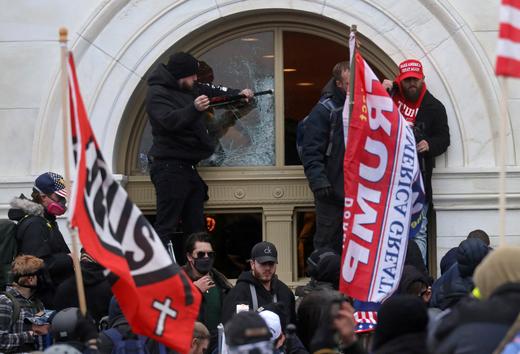 Supporters of former President Donald Trump storm the U.S. Capitol during the counting of electoral votes in the presidential election Trump lost in 2020. Photo: Reuters

On Jan. 6, 2021 the world witnessed the chaos that gripped our nation’s capital. What took place that day was clearly an attempt to overthrow a duly elected president.

What enabled the chaos of January 6, and the brazen attempt to ignore the will of the people, was an 1887 law, The Electoral Count Act, which governs Congressional procedures for how state electoral votes for president and vice president are to be cast and counted. At the time, most of us hadn’t a clue how this 135-year-old law functioned. Today, we do. The Act is vague and outdated; it opened the door to false claims that the vice president or Congress could reject the will of the voters – or that state bad actors could override the popular vote by appointing their own electors after Election Day.

We also now know that Michigan came very close to the same sort of chaos that gripped our nation’s capital. Like Washington, our state also has an old, ambiguous law that governs the certification of the popular vote by “canvassers.”

Congress now has a bi-partisan bill, the Electoral Count Reform Act of 2022, that will update the 1887 law. Passing this legislation means we’ll never see the chaos of January 6 again. We need to elect Congressional candidates who support this bill, as well as others that will protect our democracy.