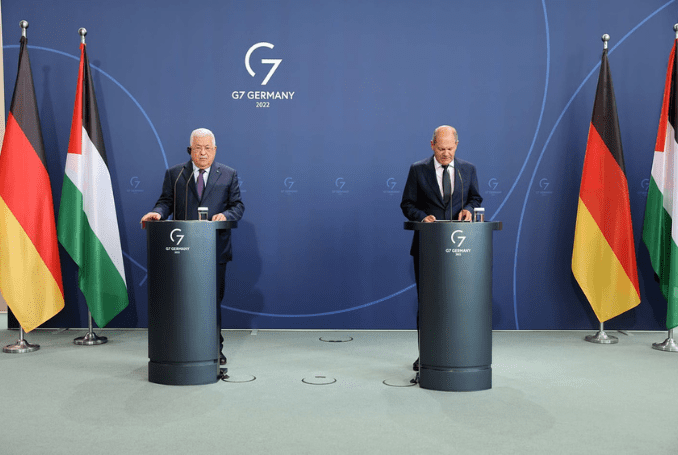 “There was no Massacre in Jenin” was the title of a Haaretz editorial on April 19, 2002, one week after Israel ended its deadly onslaught on the besieged Palestinian refugee camp in the northern West Bank.

The unwarranted conclusion by Haaretz, other Israeli media and, ultimately, numerous Western outlets was not the outcome of a thorough investigation carried out by an independent commission of inquiry. In fact, on April 9, a U.N. convoy was prevented by Israel from reaching the Jenin camp and, on April 30, Israel officially blocked a United Nations inquiry into the killings. Haaretz’s seemingly conclusive statement was the outcome of two types of arbitrary evidence: The Israeli army’s own claim that it did not commit a massacre in Jenin and the fact that the number of Palestinian victims was downgraded from an estimated hundreds of dead to scores of dead.

In Israel itself, “many feared that Jenin would be added to the black list of massacres that have shocked the world,” Haaretz reported with obvious relief. Though Israel has committed numerous crimes and massacres against Palestinians prior to April 2002, and many more after that date, Israelis remain comforted by their persisting illusion that they are still on the right side of history.

Those who insisted on the use of the phrase “Jenin massacre” were attacked and smeared, not only by Israeli media and officials, but by Western media as well. Accusing Israel of massacring Palestinians was equated with the ever-predictable label of “anti-Semitism.”

If anything, the usage of the word further accentuates the growing understanding that Arabs feel towards the mass killing of the Jews and other vulnerable minorities by German Nazis during World War II. It neither negates, dismisses nor attempts to replace the reference to Adolf Hitler’s despicable crimes.

This accusation was the same label unleashed against those who accused Israel of responsibility for the Sabra and Shatila massacres, which killed thousands of Palestinians and Lebanese in September 1982. Commenting on the horrific bloodbath in the South Lebanon refugee camps, the Israeli prime minister at the time, Menachem Begin, retorted, “Goyim kill goyim, and they come to hang the Jews.”

Though it was Begin who ordered the invasion of Lebanon which killed an estimated 17,000 Palestinians and Lebanese, he still felt completely innocent and that the supposedly unfounded accusations were yet another anti-Semitic trope, not only targeting Israel, but all Jews, everywhere. Ironically, the official Israeli Kahan Commission found the Israeli defense minister at the time, General Ariel Sharon, “indirectly responsible for the massacre.” Tellingly, Sharon later became the prime minister of Israel.

In Arabic usage, the word “holocaust” came to represent something equivalent to a horrific massacre, or many massacres. Unlike “mathbaha”, meaning “massacre”, holocaust carries a deeper and more heart-wrenching meaning. If anything, the usage of the word further accentuates the growing understanding that Arabs feel towards the mass killing of the Jews and other vulnerable minorities by German Nazis during World War II. It neither negates, dismisses nor attempts to replace the reference to Adolf Hitler’s despicable crimes.

In fact, a simple discourse analysis of Abbas’ reference is enough to clarify his intentions. Speaking in Arabic, the Palestinian leader said, “From 1947 to the present day, Israel has committed 50 massacres in Palestinian villages and cities… 50 massacres, 50 holocausts and until today, and every day there are casualties killed by the Israeli military.”

It is doubtful that Abbas was referencing 50 specific massacres because, frankly, if he was, then he is certainly wrong, as many more massacres were committed in the period he specified. The Nakba, Jenin and many such mass killings aside, the Israeli wars on Gaza in 2008-9 and 2014 alone witnessed the combined killings of almost 3,600 Palestinians, mostly civilians. Whole families in Jabaliya, Beit Hanoun, Rafah, Khan Younis, Zeitun, Buraij and elsewhere perished in these one-sided “wars” against a besieged population. 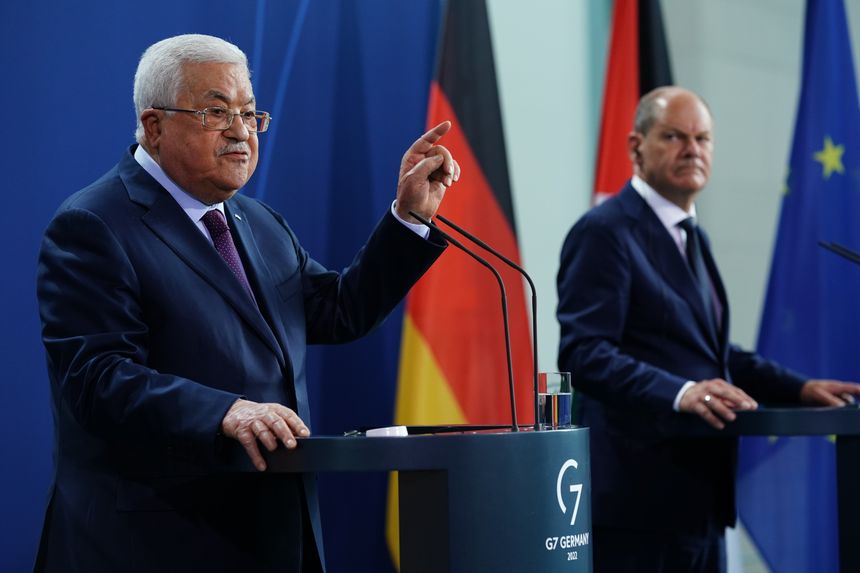 The question was strange because the group which carried out the attack then was a fringe Palestinian group that did not represent the Palestine Liberation Organization (PLO), the Palestinian leadership in exile at the time. But also because, a week or so before the Abbas-Scholz meeting was held, Israel had killed 49 Palestinians, mostly civilians, including 17 children, in its latest unprovoked war on Gaza.

Abbas was simply illustrating that Israeli crimes against Palestinians are many, and are yet to end. His (Abbas’) remarks, uttered at a press conference in Berlin with German Chancellor Olaf Scholz, were a response to a strange question by a German journalist on whether Abbas was ready to apologize for the killing of 11 Israeli athletes at the 1972 Munich Olympic Games.

The question was strange because the group which carried out the attack then was a fringe Palestinian group that did not represent the Palestine Liberation Organization (PLO), the Palestinian leadership in exile at the time. But also because, a week or so before the Abbas-Scholz meeting was held, Israel had killed 49 Palestinians, mostly civilians, including 17 children, in its latest unprovoked war on Gaza.

It would have been more apt for the inquisitive journalist to ask Abbas if he had received an Israeli apology for killing Palestinian civilians; or, perhaps, ask Scholz if Berlin is ready to apologize to the Palestinian people for its blind military and political support of Tel Aviv. None of that, of course. Instead, it was Abbas who was attacked and shamed for daring to use the term “holocaust”, especially in the presence of the German leader who, in turn, was also chastised by Israeli media and officials for not responding to Abbas there and then.

To stave off a political crisis with Israel, Scholz tweeted the following day, of how “disgusted” he was by the “outrageous remarks” made by Abbas. He condemned the Palestinian leader for the “attempt to deny the crime of the Holocaust” and so on.

Expectedly, Israeli leaders relished the moment. Instead of being held accountable for the killing of Palestinian civilians, they found themselves in a position where they supposedly had the moral high ground. Israeli Prime Minister Yair Lapid raged against Abbas’ “moral disgrace” and “monstrous lie.” Israeli Defense Minister Benny Gantz joined in, describing Abbas’ words as “despicable.” The U.S. State Department’s special envoy to monitor and combat Anti-Semitism, Deborah E. Lipstadt, also jumped into the fray, accusing Abbas of “Holocaust distortion” that “fuels anti-Semitism.”

Despite Abbas’ quick apology, the Germans continued to escalate, as Berlin police have reportedly “opened a preliminary investigation” against Abbas for his use of the term “50 holocausts.” The repercussions of these comments are still ongoing.

In truth, Palestinians — officials, academics, or journalists — do not deny the Holocaust, but rather use the term to underscore their ongoing suffering at the hands of Israel. Unlike the West’s true Holocaust deniers, Palestinians see affinity between their victims and those of Nazi Germany. In that, there is no crime to investigate.

What truly requires urgent investigation and condemnation is Israel’s continued exploitation and denigration of the memory of the Holocaust to score cheap political points against Palestinians, to silence critics and to hide the true extent of its numerous massacres, criminal military occupation and racist apartheid regime.