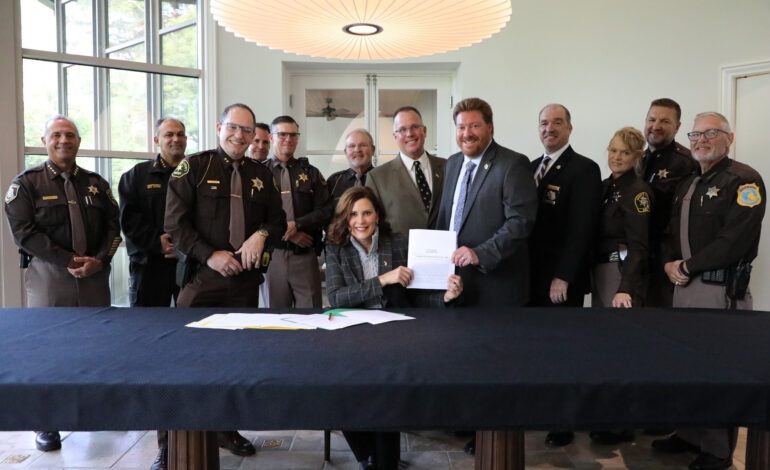 The governor’s office said the bills are meant to “keep drivers safe in their communities” by putting more officers on the road, improving recruitment and retention efforts, and bolstering training.

The bills build on the MI Safe Communities program the governor launched last summer to invest in local police, get illegal guns off the street and expand opportunities in jobs, education and the justice system, the Governor’s Office said in a press release.

“I am thankful that both Governor Whitmer and the legislature came together with a commonsense solution to the Sheriffs’ secondary road patrol concerns,” said Matt Saxton, executive director of the Michigan Sheriff’s Association. “These bills provide for stability in funding that will put additional deputies on our road to provide improved public safety response throughout the state of Michigan.”

The package of bills, passed by both Democrats and Republicans in Lansing, increases the SRP fund by $5 million each year, up from $10 million to $15 million. This increased, dedicated funding is now coming from the liquor fund so the SRP fund doesn’t have to rely on fees and general fund dollars each year, which can be unpredictable. 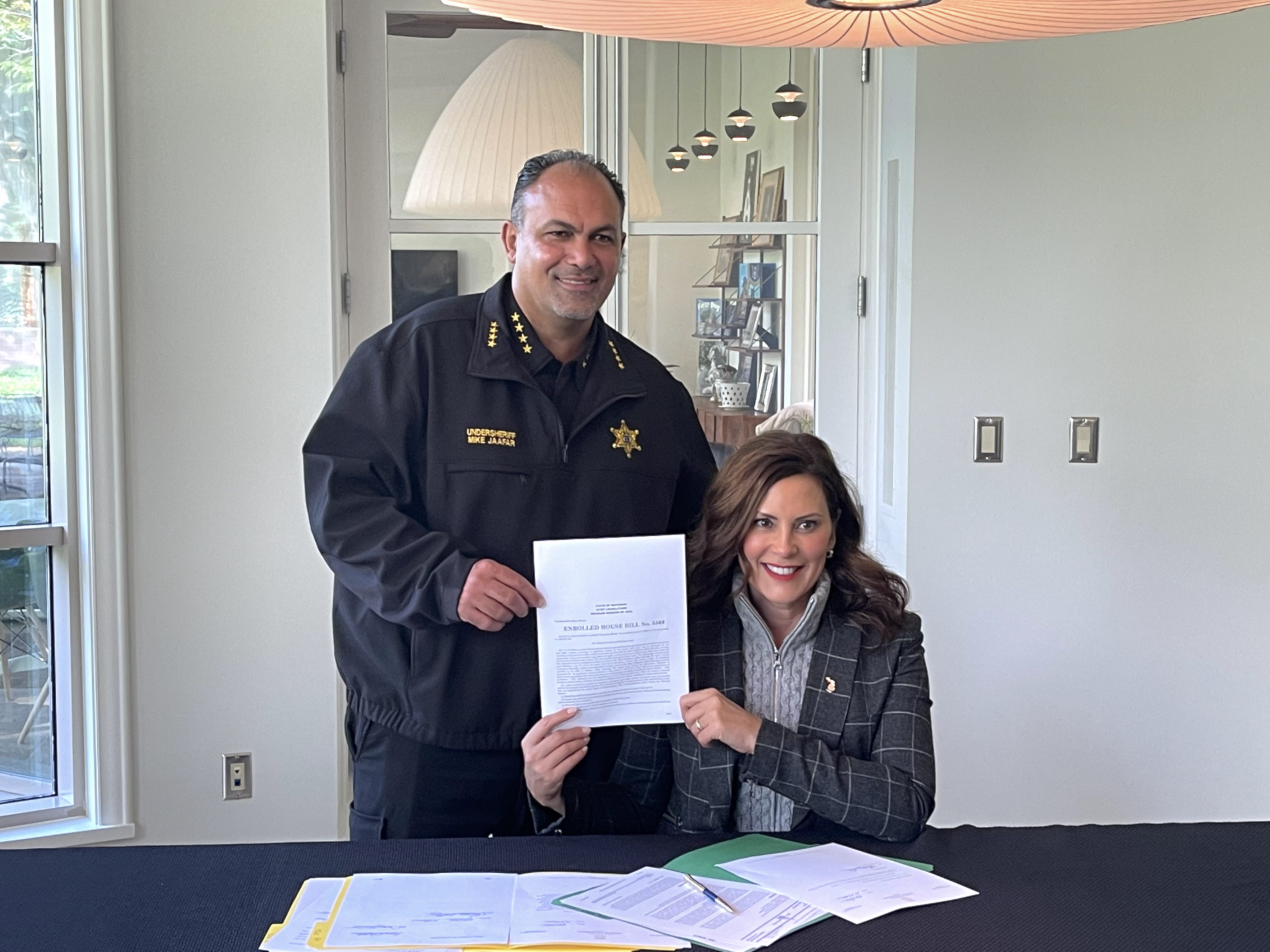 The additional funding will be used to add officers to the road and the consistent funding source will allow sheriffs’ departments to plan better and give officers more employment stability, improving their recruitment and retention efforts. The fees that previously funded the SRP will now be redirected to the Michigan Commission on Law Enforcement Standards for law enforcement training grants.

One bill adjusts the “Maintenance of Effort” for counties to be eligible for SRP dollars. In years past, the legislature would have to pass resolutions waiving county MOEs to receive their share of SRP dollars. Another bill creates a new $15 million earmark of liquor revenue to fund the SRP program. A third redirects a portion of the $40 fee that originally funded the SRP to MCOLES for law enforcement training grants.

“As a former prosecutor, public safety is a top priority for me,” Whitmer said. “Today’s bipartisan bills will improve road safety by putting more officers out on patrol.

“The 50 percent increase in funding for the SRP program will also improve law enforcement recruitment and retention by bolstering the funding stream and enabling sheriff departments to give their officers more stability. I will work with anyone to protect public safety, and I am proud of the bipartisan budget I signed earlier this year that ensures law enforcement at every level, from the MSP to local departments, have the resources they need to keep people safe. No one should feel unsafe as they go to work, drop their kids off at school or run errands in their neighborhoods. Let’s work together to protect public safety and keep drivers safe on the road.”

Whitmer will face Republican Tudor Dixon to retain her position this November. Dixon and Republicans have attacked Whitmer on her public safety record, claiming that crime drastically increased during her time in office.