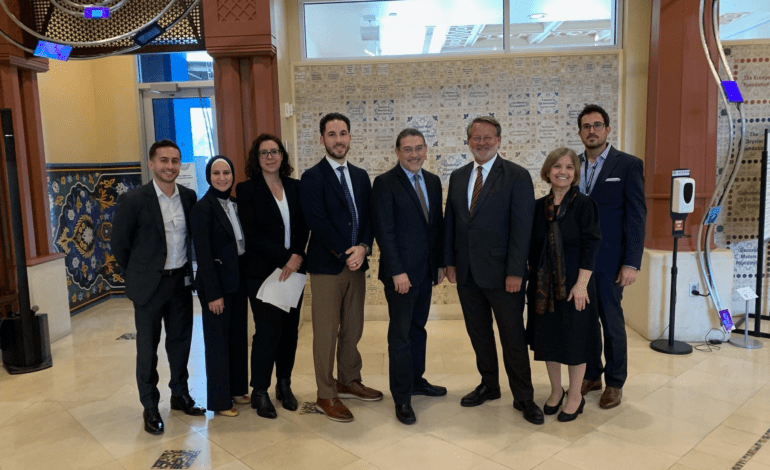 DEARBORN — U.S. Senator Gary Peters (D-Michigan) brought Robert Santos, the director of the U.S. Census Bureau, to Dearborn this week to meet with members of the local Arab American community and local officials.

The two visited Dearborn and Detroit on Monday for two roundtable meetings to discuss how to improve the process of federal data collection as it pertains to minorities and other “hard to count” communities.

The meetings highlighted the importance of the decennial census and ensuring Michigan communities have access to critical federal resources. Peters, Santos and roundtable participants also discussed how the Bureau can work to improve future censuses and ensure that the entire population in Michigan gets counted.

Detroit leaders and community organizations have claimed that the 2020 Census, which proceeded under strained circumstances at the onset of the COVID-19 pandemic, resulted in a massive undercount of the population, resulting in the loss of millions a year in state revenue sharing and federal funds.

In Dearborn, the large and concentrated Arab American community has joined the broader national Arab population to demand recognition as a unique ethnic and racial population in federal counts for decades.

The Middle Eastern and North African (MENA) population has historically been miscategorized as “White”, despite their national and ethnic affiliations, leading to a lack of representation on large-scale census counts. But because of this miscategorization, they have also missed out on federal programs targeted towards minorities.

Community activists and researchers say properly categorizing MENA as a distinct community will recognize the uniqueness of the community and improve access to necessary resources.

During the visit, Peters and Santos met organizations representing minority communities in Detroit to discuss the census, including successes and challenges, public engagement and communications, and lessons for the U.S. Census Bureau.

Participants discussed ways that the Bureau can do more robust outreach to “hard to count” communities. 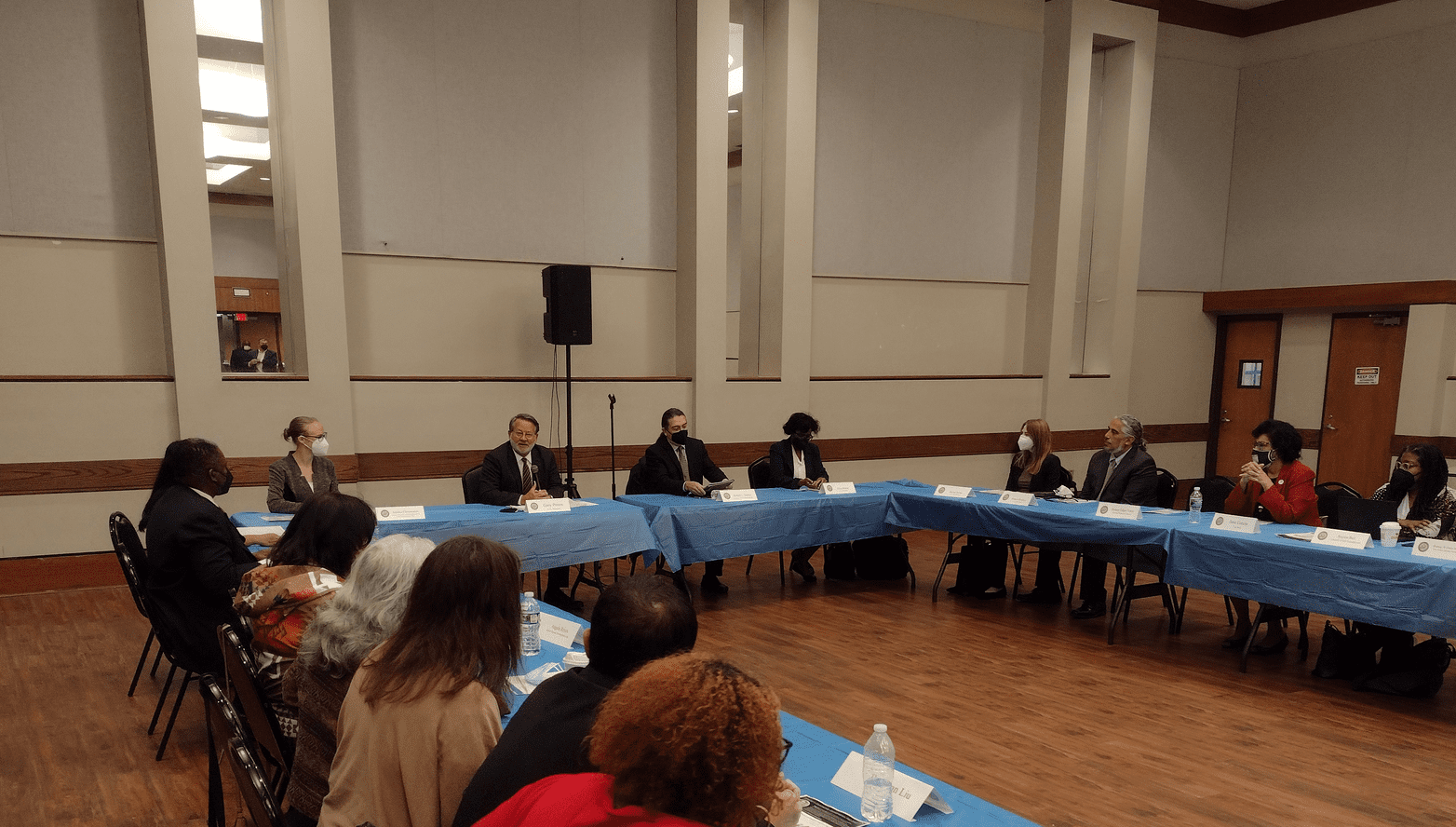 Factors such as the COVID-19 pandemic and political interference from the previous administration clearly impacted the 2020 Census and the resulting undercounts could cost Michigan communities access to important federal resources for housing, education and social services. — U.S. Senator Gary Peters (D-Michigan)

Peters and Santos heard from the roundtable their feedback on the census — as well as the need for the federal government to add a category for people of MENA descent to the federal data gathering standards, including the census.

“I thank Senator Peters for convening this group and for inviting me to be here to hear directly from Michiganders,” Santos said. “It’s critical for the U.S. Census Bureau to conduct outreach and listen to local communities, all of whom can benefit from our data. I appreciate the ideas and feedback that were shared during these conversations.”

Peters has pressed for a distinct classification for MENA communities in federal data collection standards to help accurately count this population, address the specific issues they face and appropriately allocate government resources.

The Biden administration recently said it will begin a formal review to revise the federal data standards, and is currently conducting public listening sessions.

The federal office in charge of creating and overseeing the government’s population data collection practices recently announced it is now providing guidance to agencies on how to collect data on the MENA community using a separate ancestry question.

Whether the MENA category will appear in the next U.S. Census count remains to be seen.

Peters is chairman of the Homeland Security and Governmental Affairs Committee, which is responsible for conducting oversight of the U.S. Census Bureau.

“Factors such as the COVID-19 pandemic and political interference from the previous administration clearly impacted the 2020 Census and the resulting undercounts could cost Michigan communities access to important federal resources for housing, education and social services,” Peters said. “Since his confirmation, Director Santos has demonstrated a strong commitment to improving operations at the Census Bureau. I was pleased to host him today so we could hear directly from communities across the Detroit area on how the Bureau can ensure every Michigander is counted fairly and accurately.”