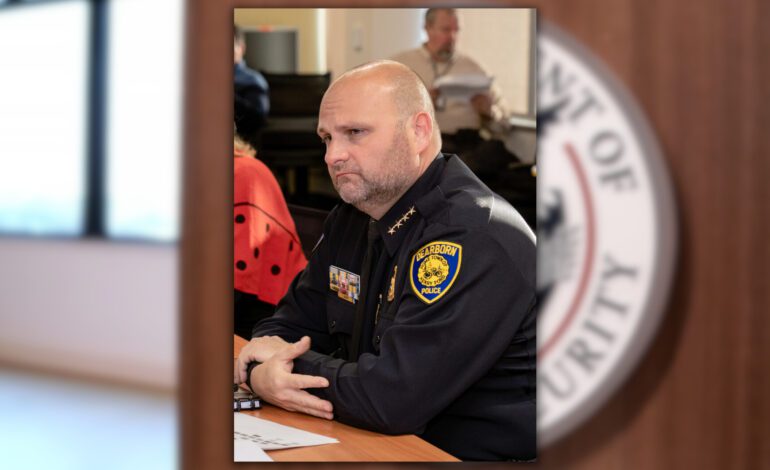 DEARBORN — The Dearborn Police Department said it was proud to announce that the Department of Homeland Security (DHS) had appointed Police Chief Issa Shahin to its Faith-Based Security Advisory Council.

The Council is made up of 25 of the most distinguished leaders from various faith communities, who will meet for the first time on Thursday, Oct. 6, the police department said in a press release.

“I am honored to serve in this role for the city of Dearborn,” Shahin said. “We are a diverse community with a unique faith population that makes our city so appealing to those who reside here. With numerous churches, mosques and service clubs, I welcome the opportunity to bring Dearborn’s specific concerns to the table for the benefit of the Council, the country and our community.”

According to the DHS, the newly appointed group will be called upon to advise the Secretary of Homeland Security on a variety of critical matters as they relate to security and preparedness.

According to the DHS, the newly-appointed Council will enhance efforts to protect houses of worship while also improving coordination and sharing of threat information with faith communities. The Council was created to be organizationally independent, according to the DHS.

The recently-announced members represent various faith communities and a diversity of denominations, as well as law enforcement. Shahin will serve in this role as a representative of law enforcement, as a practicing Muslim and as a voice for the many faiths served within the Dearborn community.

According to a statement from the DHS, this initiative is intended to prevent, protect against, respond to and recover from acts of targeted violence, terrorism and other threats. As a result, the Council’s membership is reflective of President Biden and Secretary Alejandro Mayorkas’ priorities on diversity, equity and inclusion, while also ensuring a wide range of diverse voices across various faith traditions are represented.