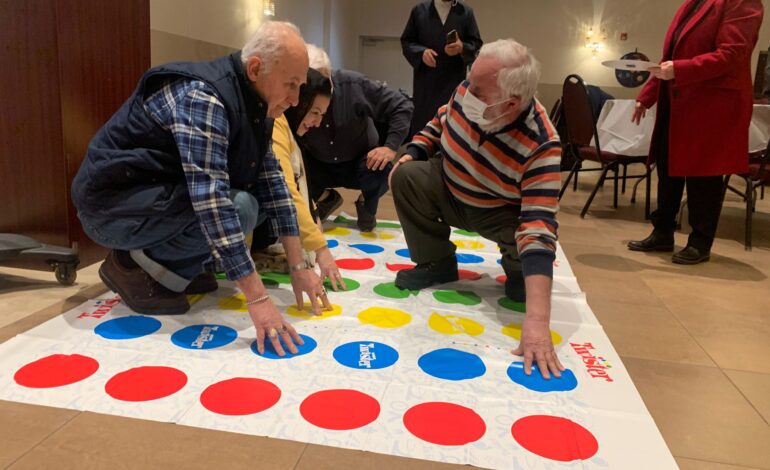 By Lucas Resetar, special to The Arab American News and New Michigan Media

In the year 2000, 11-year-old Marwan Mikhael left Iraq with his father. After crossing into Jordan and enduring a difficult and dangerous journey, he ended up at a small refugee camp in Bulgaria.

“There was no food and little water,” Mikhael said. “I wasn’t able to connect with my mother for six months. It was a horrible place.”

Mikhael said that the only solace he had was the nearby senior homes.

“The seniors used to love me, take care of me, hug me, give me stuff to eat. They were the only ones who gave me hope.”

Eventually Mikhael left the camp, but he took his memory of the seniors with him.

“We were always thinking of giving something back to them,” he said. Today, Mikhael is the owner of M&S Homecare, an in-home elder care business based in Sterling Heights.

The provision of appropriate care for Arab American seniors in Metro Detroit is a complex and multifaceted task requiring dynamic approaches, but Mikhael’s personal connection to the field represents a component shared by many of those drawn to it.

The Michigan Center for Contextual Factors of Alzheimer’s Disease (MCCFAD) hosted a town hall in Dearborn recently. Residents congregated to speak from their personal experience and contribute to the conversation of how to provide care to seniors in the Arab community.

People with backgrounds in healthcare, research and family caregiving spoke and, although perspectives varied, the disagreement between the community’s cultural expectations and the practices of clinical treatment were consistently recognized to be one of the community’s greatest inhibitors to elder care.

Just as many of those working in the field of caregiving are drawn because of a personal connection to it, many of the Arab American seniors engaging with their services look for a connection to the caregivers. While this expectation can be a factor of quality service, at times it is a barrier. Mikhael said that there are just not enough Arab caregivers to facilitate the demand and it’s very difficult for someone without that background to fill the role.

Donna Jawad is the community outreach coordinator for MCCFAD. She corroborates this concern, emphasizing language, gender and geographic origin as relevant considerations.

“A woman wants a woman to take care of them and a man wants a man,” she said. “They want someone to speak Arabic and understand the culture. If an elderly woman is Yemeni and she doesn’t want an Iraqi woman to care for her, but that’s the only person available, what do you do?”

The concept of professional caregiving itself is often a challenge to traditional values. It is a common perception that elders are to be cared for by the family and certain individuals should hold that responsibility.

“A lot of the care will be put on the eldest daughter rather than dividing it,” Jawad said. “If you put your parents in a nursing home you are the evil kid.” 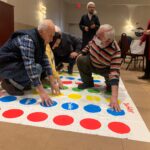 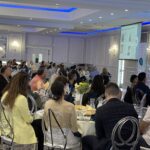 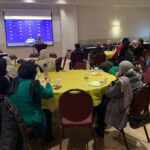 Patrons of the senior programming at the ICA 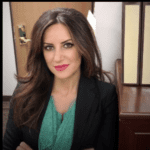 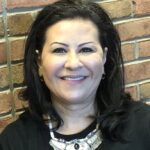 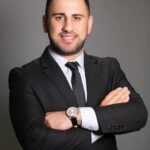 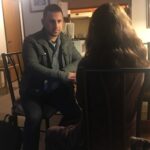 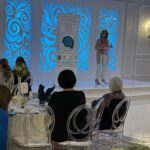 There are stigmas associated with other aspects of aging as well. In the case of Alzheimer’s Disease, the director of the ACCESS Community Health and Research Center, Mona Makki, said, “people don’t want to talk about it. They say it’s just normal aging.”

Makki said this is because of the social repercussions of having that label associated with oneself and their family.

“When you translate ‘Alzheimer’s’ and ‘dementia’ (to Arabic) it’s not a positive description,” she said. “It demoralizes a person. In Arabic, that word has more weight to it. There is a lot of sensitivity in how you address health issues in the Arab American community.”

Care systems need to be approachable and culturally engaging or people will not utilize them. Makki said that personal in-home care is the most relatable for the community. However, it is not sustainable.

MCCFAD Co-Director Dr. Kristine Ajrouch has been researching aging in Arab Americans for more than 20 years. She said there is a clear need for the community to adapt from the traditional perspective.

“People need to come to terms with the fact that we’re living longer,” she said. “As we live longer, we’re going to have different needs.”

According to Jawad, the best way to address this dissonance is through the provision of education and resources that are accessible through the lens of Arab culture. In 2017, she co-founded a senior program at the Islamic Center of America.

“Seniors would come out and learn something new, engage with activities and ask questions to physicians or pharmacists,” she said.

Jawad sees a recognizable influence from the program on those who attend. However, it does not reach the majority of the population. Before the pandemic, its attendance peaked at 34 people. It now has 24 regularly attending.

“We have so many seniors in Dearborn and Dearborn Heights. To have only 24 is sad.”

Jawad said the program would benefit from better marketing and the spread of information through community leaders. There is evidence that the association of these services with a trusted and familiar source, such as a family doctor, could generate more interest.

Jawad had previously hosted a support group for family members of people with Alzheimer’s at the PACE Southeast Michigan Clinic, but no one came. Once she changed the location to a local doctor’s office, four people signed up immediately.

“All I did was change the location to somewhere that is familiar to them and they were willing to go.”

A lack of comprehensive data clouds analysis of elder care programs targeting the Arab population in Michigan. This is partly a result of poor funding for the necessary research. The U.S. Census folds the population into the “White” demographic, which interferes with the procurement of grants for studies and programming.

Jawad remains optimistic for the future. Since 2018, MCCFAD has been conducting research under a five-year grant which she believes they will procure for another five years.

“Hopefully that data will empower funding for programming that will target different things down the line,” she said. “I really believe in the next five years there will be more awareness.”

– This story was produced through the New York & Michigan Solutions Journalism Collaborative, a partnership of news organizations and universities dedicated to rigorous and compelling reporting about successful responses to social problems. It has been edited for style.

The group is supported by the Solutions Journalism Network.

Members of the news collaborative in New York include the Democrat and Chronicle, Minority Reporter, La Voz, WXXI and News10NBC in Rochester and WGRZ, The Buffalo News, the Niagara Gazette and the Lockport Union-Sun & Journal and WBFO in the Buffalo area. Our community partner is Rochester Institute of Technology’s MAGIC Center.