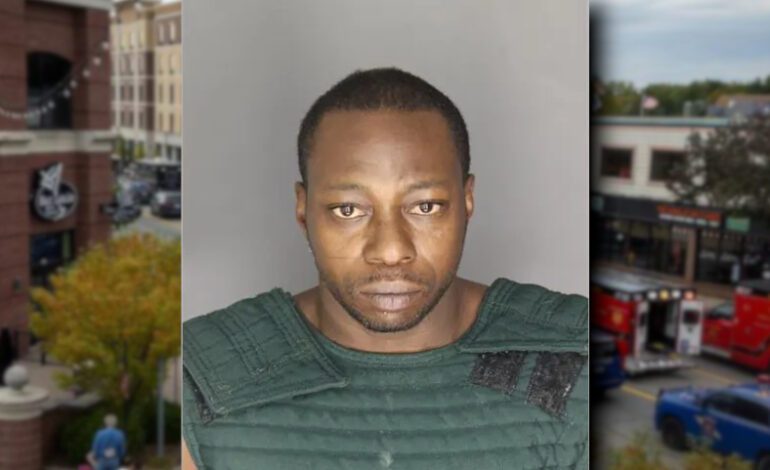 DEARBORN — An arraignment took place Sunday for a 37-year-old Detroit resident who engaged in a nearly eight-hour standoff with police after killing a hotel staff member in downtown west Dearborn.

Reichard Lee Williams-Lewis was charged by the Wayne County Prosecutor’s Office Sunday with a 10-count felony complaint, including homicide, assault with intent to murder, two counts of felonious assault, resisting and opposing police, and five counts of felony firearm. Williams-Lewis was arraigned before Judge Gene Hunt of the 19th District Court in Dearborn and was transferred to the Wayne County Jail.

The court proceedings revealed the senseless nature of the violence that took place last Thursday, Oct. 6, at the Hampton Inn on Michigan Avenue in bustling downtown west Dearborn.

Police said that at approximately 1:09 p.m., Dearborn dispatch received multiple 911 calls about gunfire at the Hampton Inn. An initial team of Dearborn officers, including Police Chief Issa Shahin, arrived on the scene at approximately 1:12 p.m., two minutes after cars were dispatched to the scene.

Five Dearborn officers made contact with the reported gunman at approximately 1:14 p.m. and safely contained him to a third-floor hotel room. The suspect was armed with an AR-style pistol with a 100-round high-capacity magazine.

Dearborn Police were assisted by state and neighboring law enforcement agencies as they tried to negotiate with an armed Williams-Lewis after he barricaded himself in his room.

The arraignment revealed that Williams-Lewis had been in a dispute with staff at the hotel over billing. Williams-Lewis allegedly shot a 55-year-old staff member who came to assist as soon as he walked out of the elevator, then walked up to him while he was on the ground to fire more shots. The 55-year-old from Riverview was later pronounced deceased at a local hospital.

Williams-Lewis also shot at a 21-year-old staff member, hitting an office door and causing injuries to her face and eyes. She received treatment from the Dearborn Fire Department.

He also apparently pointed his gun at a 36-year-old female staff member and a 49-year-old Virginia woman staying at the hotel, and later at police officers.

Police cleared the area of the hotel and declared an active shooter situation early that afternoon, with the event quickly gaining traction in local and national media. 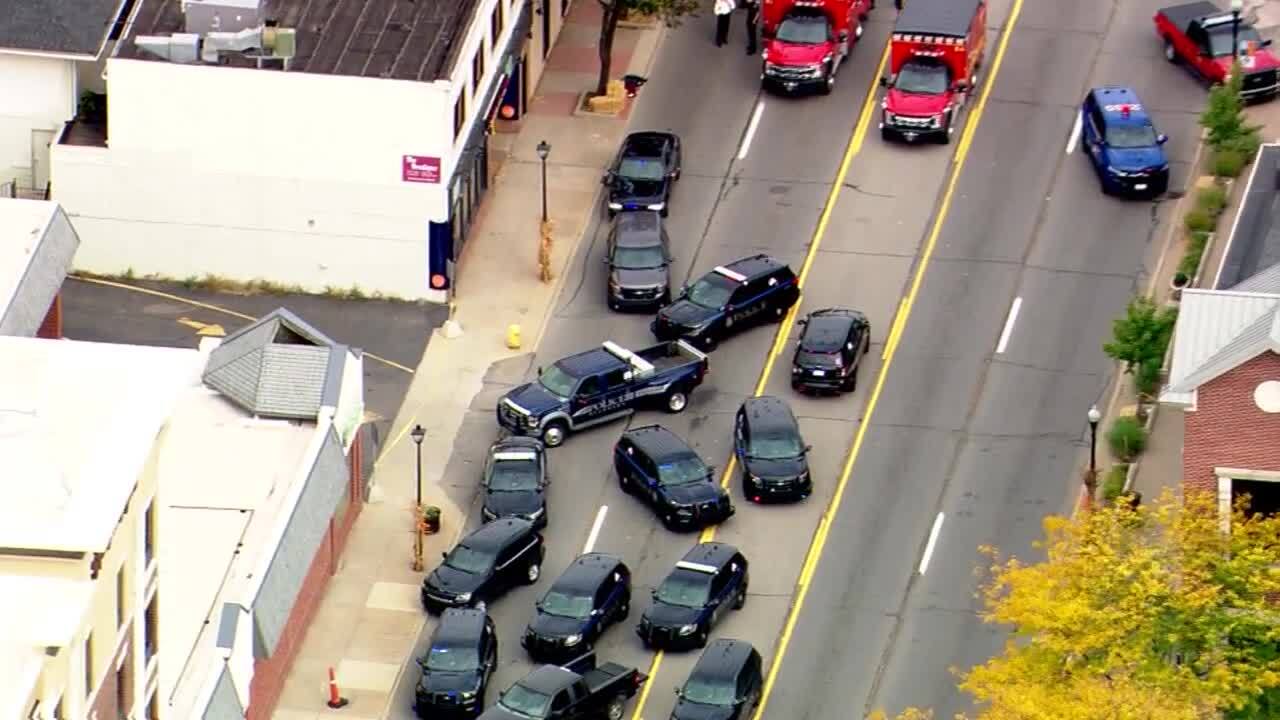 The evidence is this case is alarming. We have long learned that no place is sacred when it comes to gun violence. Not churches, not movie theaters, not grocery stores or hotels. I would like to pose a question to every legislator in this state. When is enough enough? — Wayne Prosecutor Kym Worthy

Dearborn Police S.W.A.T surrounded the hotel room and successfully made contact with Williams-Lewis. After nearly eight hours of negotiation, the Department’s Crisis Negotiation Team were able to reach a peaceful resolution with him.

Police said Williams-Lewis asked to speak with an attorney, who was called and assisted with negotiations. He eventually exited the hotel room and was arrested by Dearborn SWAT officers.

“The evidence is this case is alarming,” Wayne County Prosecutor Kym Worthy said. “We have long learned that no place is sacred when it comes to gun violence. Not churches, not movie theaters, not grocery stores or hotels. I would like to pose a question to every legislator in this state. When is enough enough? Please let me know.”

Shahin said he was grateful to all the officers and first responders who acted swiftly and decisively to prevent further harm to the public during this tragic event.

“This was a team effort that involved many committed partners, from the Dearborn Fire Department to our law enforcement partners at the state and Federal levels,” Shahin said. “Our officers and crisis negotiators were poised in the face of uncertainty, never losing focus throughout the eight-hour active situation. Our sincere condolences are with the victim’s family and all those impacted by this tragic event.”

Police cordoned pretty much all of downtown during the standoff. But right across the street from the hotel, State Rep. Jeffrey Pepper (D-Dearborn) was in his family home watching the scene unfold.

“We were sitting on the front porch watching as every cop in Dearborn suddenly was pulling up in front of our house and in the hotel parking lot, lights flashing scurrying behind cover of cars and trees,” Pepper said. “Minutes later, here comes a SWAT team climbing over our backyard fence.

“Some go left, some go right, two come to our back door and ask if they could go upstairs and set up surveillance from our front windows. So, here they went up to our bedroom, automatic weapons, camo, helmets and set up a position. Law enforcement and public safety personnel did an incredible job in an impossible situation ensuring that this standoff ended as non-violently as possible.”

Pepper said he is a strong proponent of gun reform and has been advocating for reform in the House.

“It is WAY past due that we take more meaningful action on gun violence,” he said. “The safety of our entire state is at stake. I plan to take the actions I promised, as soon as possible, to get these guns off our streets.”

A preliminary exam for Williams-Lewis is scheduled for Oct. 28 at 10 a.m.