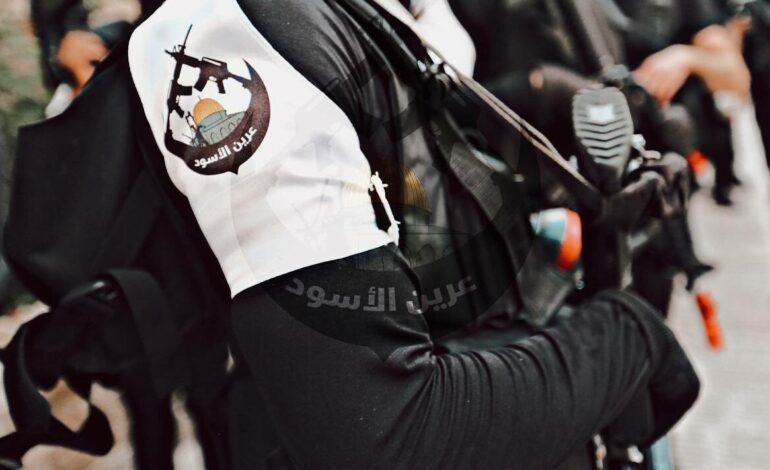 This headline in the Israeli newspaper the Jerusalem Post only tells part of the story: “The Lions’ Den, Other Palestinian Groups are Endless Headache for Israel, PA.”

It is true that both the Israeli government and the Palestinian Authority are equally worried about the prospect of a widespread armed revolt in the occupied West Bank and that the newly formed Nablus-based brigade, the Lions’ Den, is the epicenter of this youth-led movement.

However, the growing armed resistance in the West Bank is causing more than a mere “headache” for Tel Aviv and Ramallah. If this phenomenon continues to grow, it could threaten the very existence of the PA, while placing Israel before its most difficult choice since the invasion of major Palestinian West Bank cities in 2002.

Though Israeli military commanders continue to undermine the power of the newly formed group, they seem to have no clear idea regarding its roots, influence and future impact.

In a recent interview with the Israeli newspaper Yedioth Ahronoth, Israeli Defense Minister Benny Gantz claimed that the Lions’ Den is a “group of 30 members”, who will eventually be reached and eliminated. “We will lay our hands on the terrorists,” he declared.

The Lions’ Den, however, is not an isolated case, but part of a larger phenomenon that includes the Nablus Brigades, the Jenin Brigades and other groups, which are located mostly in the northern West Bank.

The group, along with other armed Palestinian military units, has been active in responding to the killing of Palestinians, including children, elders and, on Oct. 14, even a Palestinian doctor, Abdullah Abu al-Teen, who succumbed to his wounds in Jenin. According to the Palestinian Ministry of Health, over 170 Palestinians were killed in the West Bank and Gaza, since the beginning of the year.

Not only is the PA losing grasp of the narrative, it is also losing whatever vestiges of control it has left in the West Bank, especially in Nablus and Jenin.

The Palestinian response included the killing of two Israeli soldiers, one in Shuafat on Oct. 8 and the other near Nablus on Oct. 11.

Following the Shuafat attack, Israel completely sealed the Shuafat refugee camp as a form of collective punishment, similar to recent sieges on Jenin and other Palestinian towns.

Citing Israel’s Hebrew media, the Palestinian Arabic daily Al Quds reported that the Israeli military will focus its operations in the coming weeks on targeting the Lions’ Den. Thousands more Israeli occupation soldiers are likely to be deployed in the West Bank for the upcoming battle.

It is difficult to imagine that Israel would mobilize much of its army to fight 30 Palestinian fighters in Nablus. But not only Israel, the PA, too, is terribly concerned.

The Authority has tried but failed to entice the fighters by offering them a surrender “deal”, where they give up their arms and join the PA forces. Such deals were offered in the past to fighters belonging to Fatah’s Al Aqsa Martyrs Brigades, with mixed degrees of success.

This time around, the strategy did not work. The group rejected the PA’s overtures, compelling the Fatah-affiliated governor of Nablus, Ibrahim Ramadan, to attack the mothers of the fighters by calling them “deviant” for “sending their sons to commit suicide.” Ramadan’s language, which is similar to language used by Israeli and pro-Israel individuals in their depiction of Palestinian society, highlights the massive schisms between the PA’s political discourse and those of ordinary Palestinians. 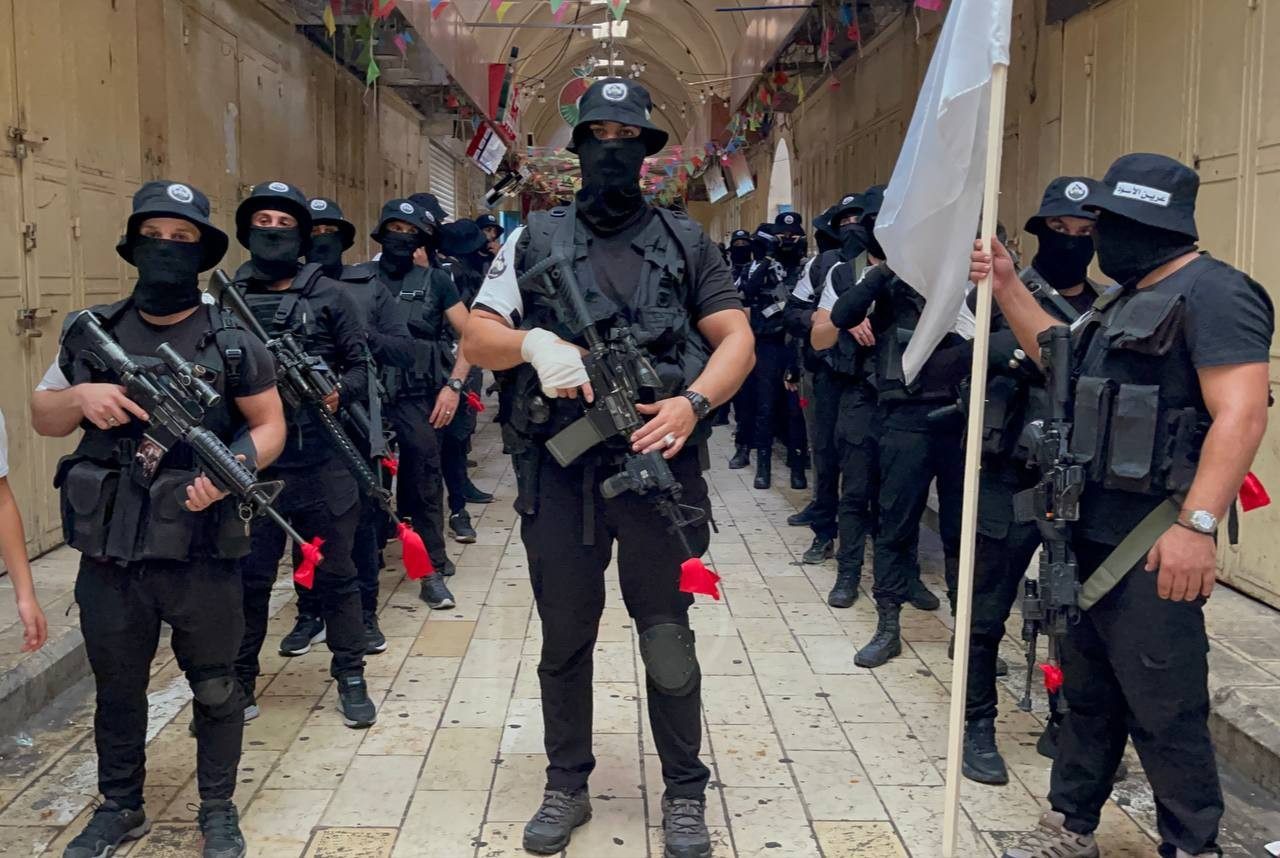 Not only is the PA losing grasp of the narrative, it is also losing whatever vestiges of control it has left in the West Bank, especially in Nablus and Jenin.

A senior Palestinian official told the Media Line that the Palestinian “street does not trust us anymore, as they view us as an extension of Israel.” True, but this lack of trust has been in the making for years.

The “Unity Intifada” of May 2021, however, served as a major turning point in the relationship between the PA and Palestinians. The rise of the Lions’ Den and other Palestinian armed groups are but a few manifestations of the dramatic changes underway in the West Bank.

Indeed, the West Bank is changing. A new generation that has little or no memory of the Second Intifada (2000-2005) had not experienced the Israeli invasion then, but grew up under occupation and apartheid, feeding on the memories of the resistance in Jenin, Nablus and Hebron.

Judging by their political discourse, chants and symbols, this generation is fed up with the crippling and often superficial divisions of Palestinians among factions, ideologies and regions. In fact, the newly established brigades, including the Lions’ Den, are believed to be multi-factional groups bringing, for the first time, fighters from Hamas, Fatah and others into a single platform. This explains the popular enthusiasm and lack of suspicion among ordinary Palestinians of the new fighters.

Palestinians are simply fed up with the Israeli occupation and with their collaborating leadership. They are ready to put it all on the line, in fact, in Jenin and Nablus, they already have.

For example, Saed al-Kuni, a Palestinian fighter who was recently killed by Israeli soldiers in an ambush on the outskirts of Nablus, was a member of the Lions’ Den. Some have claimed that al-Kuni was a leading member of Fatah’s Brigades, and others say he was a well-known Hamas fighter.

This lack of certainty regarding the political identity of killed fighters is fairly unique to Palestinian society, at least since the establishment of the PA in 1994.

Expectedly, Israel will do what it always does: Amassing more occupation troops, attacking, assassinating, crushing protests and laying sieges on rebellious towns and refugee camps. What they fail to understand, at least for now, is that the growing rebellion in the West Bank is not generated by a few fighters in Nablus and a few more in Jenin, but is the outcome of a truly popular sentiment.

In an interview with Yedioth Ahronoth, translated by Al-Quds, an Israeli commander described what he has witnessed in Jenin during a raid:

“When we enter (Jenin), armed fighters and stone throwers wait for us in every corner. Everyone takes part. You look at an old man… and you wonder, will he throw stones? And he does. Once, I saw a person who had nothing to throw (on us). He rushed to his car, grabbed a milk carton and he threw it on us.”

Palestinians are simply fed up with the Israeli occupation and with their collaborating leadership. They are ready to put it all on the line, in fact, in Jenin and Nablus, they already have. The coming weeks and months are critical for the future of the West Bank, and, in fact, for all Palestinians.

— Dr. Ramzy Baroud is a journalist, author and the editor of The Palestine Chronicle. This article has been edited for style.