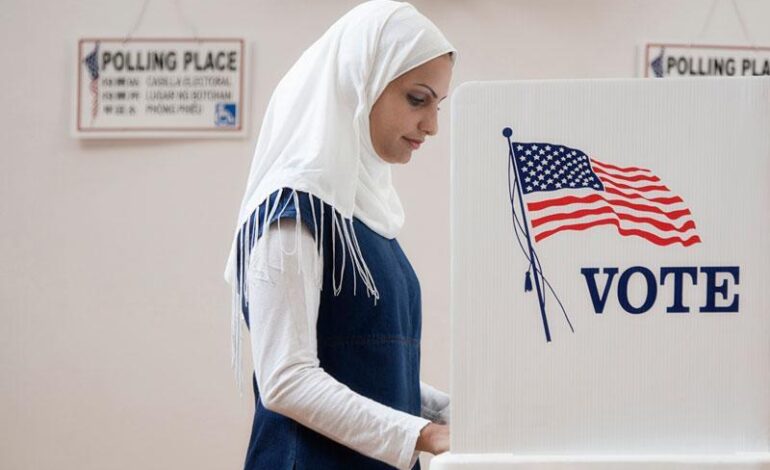 – Muzammil Ahmed serves on the boards of Emgage MI, CAIR MI and is the former chair of the Michigan Muslim Community Council. The opinions expressed are his own.

When the Muslim community and the progressive forces came together after 9/11, it was a marriage of convenience. Arabs and Muslims needed to be loved and the Progressives needed someone to love. There was genuine alignment on the desire to protect civil liberties and preserve a pluralistic society. This constructive relationship was strengthened by the excesses of the Trump presidency. But there was always some uneasiness present because the Muslim community is inherently socially conservative. Is the long honeymoon between the Muslims and the Left over?

Michigan has a vibrant, established Muslim community that dates back a century, represented well by Blacks, Arabs and South Asians. It was the Democrats who gave a platform for this community. The Democrats have welcomed minority groups and have led the way on civil rights issues. It was easy for Muslims to be involved: Although the Republicans did have some inroads with Muslims, particularly the wealthy immigrants, these connections dwindled down after 9/11 and the subsequent War on Terror. Michigan’s Republican governor became the first governor nationwide to ban Syrian refugees from entering the state.

In the past, Muslims were fighting for their right to just exist in this country. Now many feel this threat is mainly behind us, especially  in places with large Muslim populations.

Under the Michigan Democratic Party, American Muslims were able to run for office in record numbers:  Rashida Tlaib was elected to office and eventually became a congresswoman, Abdul Elsayed ran for governor, Muslims mayors have been elected in Dearborn, Hamtramck and Benton Harbor. Over a dozen Muslim judges were appointed to the bench and numerous American Muslims found positions serving our state and country at the highest levels. Furthermore, policies that kept the environment clean, expanded healthcare and strengthened the social safety net directly benefited the heavily urbanized Muslim populations.

From a cynical perspective, it may be argued that the Democrats and the Left were taking advantage of the vulnerable Muslim community and wanted the 200,000 registered Muslim votes in Michigan (Emgage data). But the Muslims certainly benefited greatly by getting a seat at the table and helping to guide policy decisions. Certainly there were many areas of alignment with the coalition partners on the Left.

Cracks in the relationship were inevitable. In the past, Muslims were fighting for their right to just exist in this country. Now many feel this threat is mainly behind us, especially  in places with large Muslim populations. Local community activists have shifted their concern to new priorities that have a more immediate impact on their families.

Democrats need to do better with their faith-based communities if they wish to retain their support.

Muslim communities have a strong faith-based value system that regulates social conduct and sexual norms. This system is centered on the family. While these values may have been kept in the closet, and not prioritized previously, they made a dramatic appearance at the recent Dearborn school board hearing. Although the hateful language and conduct towards LGBTQ attendees at the meeting was shameful, the main reason so many people showed up was to express outrage over sexually explicit material and lack of parental control.

From a cynical perspective, it may be argued that the Republicans and the Right are trying to divide the Democrats and get these important swing votes one month before the elections. After all, the Republican candidate for governor, Tudor Dixon, is no friend to Muslims: She has publicly bashed Hijab, supported Trump’s insurrection and supported the Muslim ban.

But the genuine concern of parents for their children and family is very real and is shared by most faith-based communities. The Democrat-led school boards and elected officials have allowed inappropriate material to enter schools and they promoted policies that directly contradict faith-based sensibilities, such as mixed bathrooms and controversial gender identification plans. Some progressives have also tried to implement legislation that would force new gender and sexual orientation policies into churches, mosques, temples and synagogues, threatening to remove their non profit status if they do not comply. Democrats need to do better with their faith-based communities if they wish to retain their support.

The Muslim community cannot be boxed into the convenient categories of Left or Right, Conservative or Progressive. To earn the support of the Arab, Black and South Asian Muslim communities, candidates must both stand up for civil rights and justice for all, but also allow people of faith to help determine what values and norms are part of our schools and public spaces. How well this is done is likely to determine the course of upcoming elections.