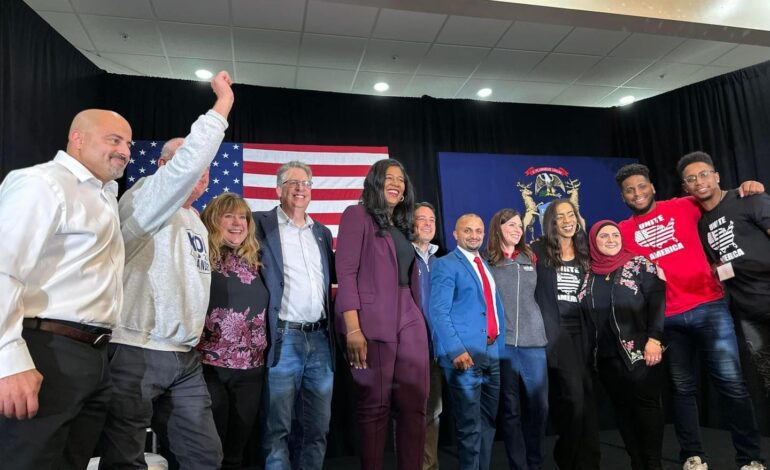 The last days into a tight race between Democrats and Republicans for control in Michigan have seen a push by both parties to gain favor among local Arab Americans.

Though most polls put incumbent Democratic Governor Whitmer ahead of her GOP opponent, Tudor Dixon, the Nov. 8 race is tighter than what the Democrats would have hoped for.

A Real Clear Politics analysis of polling data currently puts Whitmer ahead of Dixon by a mere 4.5 points. That’s a drastic change from the gap seen in the race right after the August primary, when Whitmer polled at 53 points versus Dixon’s 18 points.

Seeking to boost Whitmer, and by proxy the prospects of Democratic Attorney General Dana Nessel and Secretary of State Jocelyn Benson, former President Obama appeared in Detroit last Saturday at a packed high school with state and local Democratic officials. 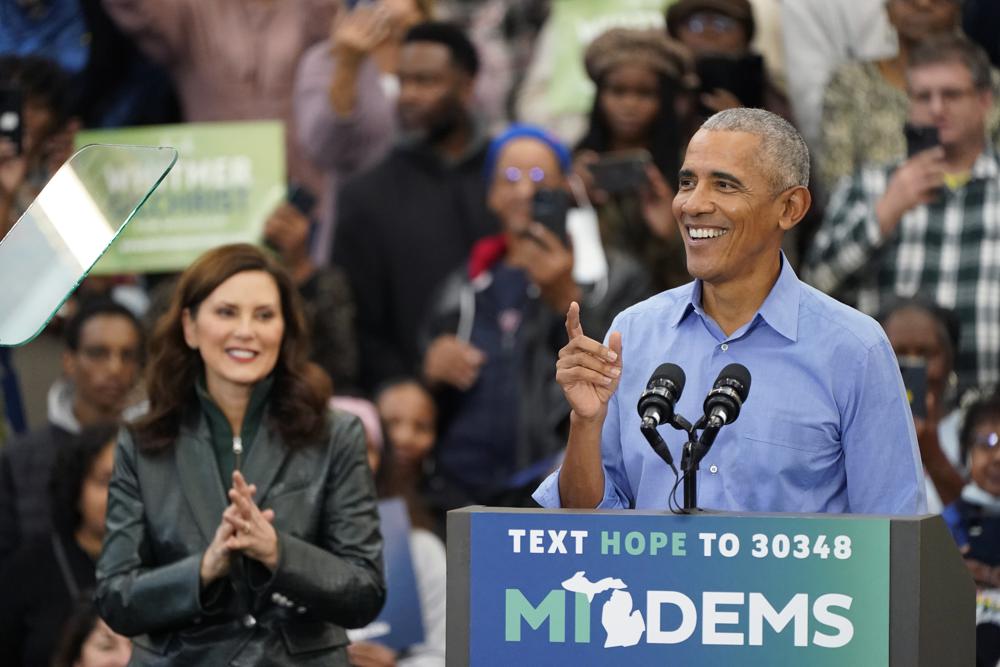 “(Republicans) are interested in making you angry and then finding someone to blame,” the former president said. “I can tell you what Gretchen Whitmer is obsessed with. She’s focused on the fundamentals: Good jobs, lower costs, better schools and fixing the damn roads.”

At the rally, Detroit Mayor Duggan lambasted Republican secretary of state candidate Kristina Karamo for filing a lawsuit that wants to invalidate Detroit absentee ballots because of the city’s signature verification process.

Whitmer, Nessel, Benson and other Democrats recently joined the Arab American community at the 25th annual banquet for the Arab American Political Action Committee (AAPAC) in Dearborn. They highlighted their long-running relationship with the community, including record appointments of Arab Americans in various state positions.

“We know that there are politicians who seek to win elections through fear, through division… they don’t care about solving problems, they just care about winning,” Whitmer said. “That has never been the north star for the work that I’ve done.”

Whitmer was pointing at a recent controversy around books in school libraries that had overt sexual content, many geared towards LGBTQ+ students that some parents took issue with. The controversy landed Dearborn in mainstream national coverage around elections.

Following some rowdy school board meetings, many Arab Americans stated they were abandoning their long-held support for Democrats. 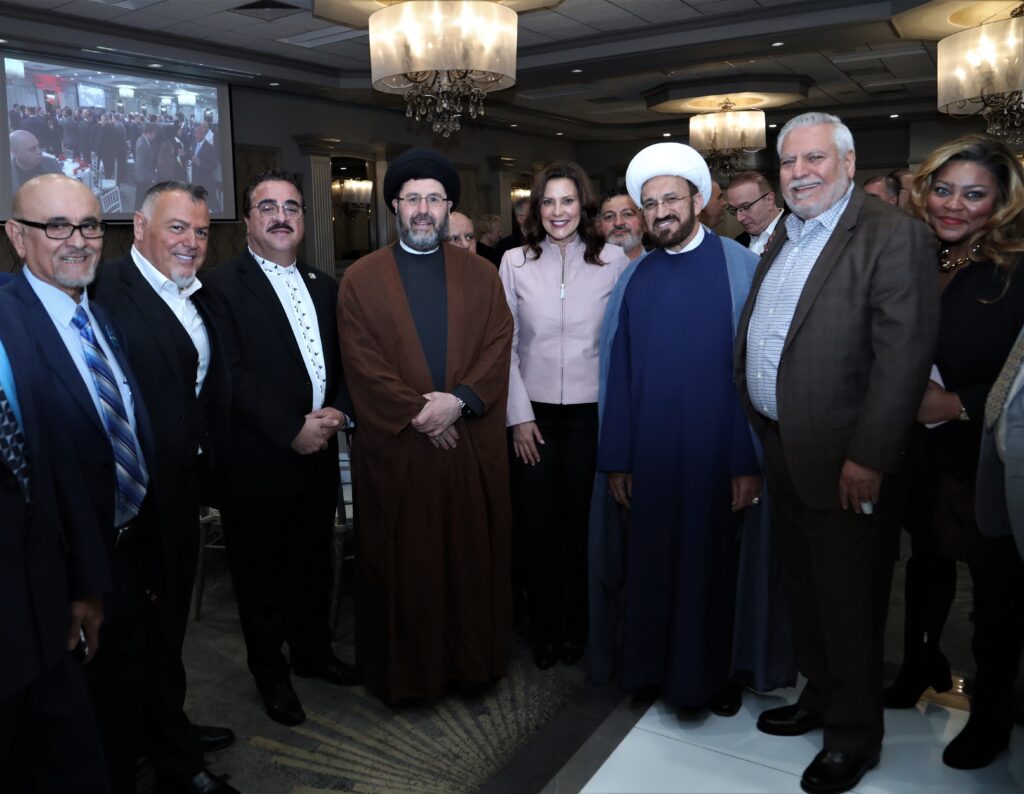 Over the last few years, the Democratic Party has gone further and further away from our values. — Nagi Almudhegi, Dearborn resident

Republican hopefuls soon capitalized on the school controversy. A rally in Dearborn featured Dixon and other Republicans last weekend.

“We’ve got some pretty sketchy books in schools, and (Whitmer) made it clear that she thinks it’s funny to make a mockery of this, that these parents’ concerns don’t matter,” Dixon said.

That campaign stop was attended by only a handful of Arab Americans, although it did feature two Arab American speakers who spoke about what drove them away from the Democrats. Some of those Arab American Dixon supporters also showed up at an earlier rally in Flat Rock.

“I grew up as a Democrat… and voted for the Democrats in the last election,” said Dearborn resident Nagi Almudhegi. “But over the last few years, the Democratic Party has gone further and further away from our values.”

Rola Makki, a Republican percent delegate, said Democrats continue to exploit the emotions of the community and that the election was “an opportunity to break the cycle and change course.”

Makki may have been referring to former President Trump’s openly anti-Muslim policies that deepened Democratic support in the community.

But recently uncovered audio of Dixon calling the hijab an “oppressive garment” shows the dissonance in the growing local support for Trump-aligned Republicans in this general election. Major Arab American political groups have yet to officially endorsed Republicans in the election.