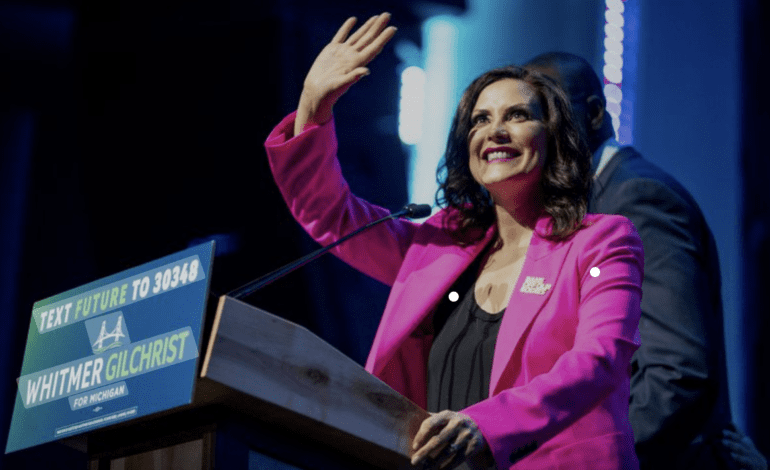 The midterm elections shocked most observers and political experts throughout the nation. While Republicans gained a few seats in the Congress, and may perhaps still win the majority there, nothing like the widely predicted “Red Wave” came to fruition. The Senate is still up for grabs, and Democrats scored a number of major victories across America.

In Michigan, Democrats enjoyed a historic night. The Democratic Party swept the top three offices, as Governor Whitmer, Attorney General Dana Nessel, and Secretary of State Jocelyn Benson were all re-elected by comfortable margins. Further, voters chose to give Democrats the majority in both chambers of the Michigan Legislature. For the first time in 40 years, Democrats will hold power in the governor’s mansion, the Michigan House, and the Michigan Senate. This overwhelming victory for Democrats also led to an historic first for our community, as Rep. Abraham Aiyash became the first Arab American to become the majority floor leader in the Michigan House of Representatives.

Perhaps most notable is the seeming death of the MAGA movement in Michigan. Since Donald Trump’s victory here in 2016 by less than 11,000 votes, Republicans have suffered major losses in our state.

After a number of vicious attacks against her campaign, Nessel won re-election statewide by 9 points. In Dearborn, the attorney general won by a resounding 26 points, ensuring her second term, and, just importantly, also ensuring that Fadwa Hammoud, the nation’s first Arab American solicitor general, remains in her important post.

Hopefully, with this election behind us, and with the defeat of Trumpism in Michigan, we can return to being what Dearborn and Michigan should always be: A community that values respectful debate, democratic values and inclusion.

And this trend seems to replicate itself nationwide. After Trump’s slim win in 2016, Republicans have not fared well at all. The GOP lost control of the House in 2018, it lost control of the Senate in 2020 and Trump himself lost the White House that same year. Even more telling, almost every statewide MAGA candidate lost their elections this week. Senate candidate Mehmet Oz lost in Pennsylvania, in an important pickup for Democrats. The MAGA candidate for Pennsylvania’s governorship lost resoundingly. Arizona MAGA candidates for Senate and governor are poised to lose as the votes come in there. MAGA is on its last legs.

Sadly, many in our community fell prey to the MAGA movement’s spell in the last few months. We saw this during the book banning saga that unfolded in the Dearborn schools. MAGA themes of bigotry and hate were repeated in our community. What could have been a rational discussion about age-appropriate materials in the school library turned into an attack on vulnerable communities. Dearborn must remain a welcoming and open community to peoples of all stripes and we Arab Americans should be the loudest voice leading that effort.

Hopefully, with this election behind us, and with the defeat of Trumpism in Michigan, we can return to being what Dearborn and Michigan should always be: A community that values respectful debate, democratic values and inclusion.