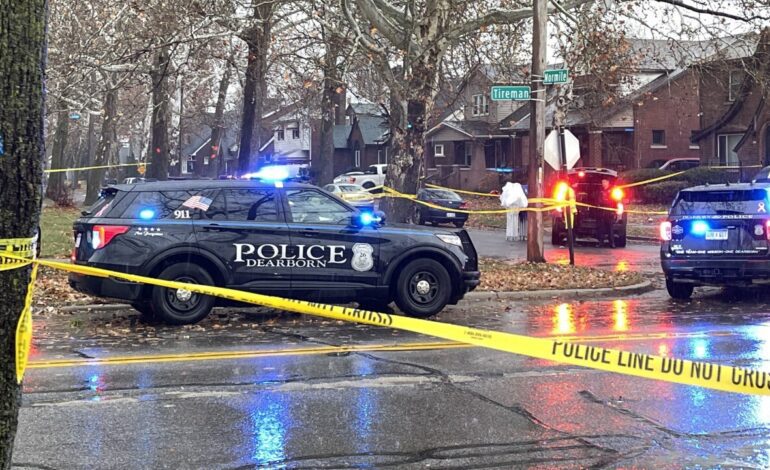 Dearborn Police at the site of the crash. Photo: Brian Schwartz, WXYZ

DEARBORN — A traffic stop in Dearborn has resulted in the death of a driver and the discovery of a dead body in the trunk of the vehicle after a pursuit ended in a crash.

Police say they initiated a traffic stop on a Dodge Charger involved in an endangered missing investigation on Sunday afternoon when the suspect fled until he crashed into a home by the Dearborn-Detroit border off Tireman near Wyoming.

As police approached the vehicle, the driver exchanged gunfire with officers and was fatally shot.

Officials said that when they opened the trunk, they found a body inside that has not yet been identified.

A passenger in the vehicle was transported to a local hospital to be treated for their injuries.

The Michigan State Police Second District released preliminary information on its Twitter account, saying there was a police chase where police lost the suspect’s vehicle and a short time later found the same vehicle at the scene of a crash at a house on Normile Street.

Recent local business have had grand openings in Dearborn