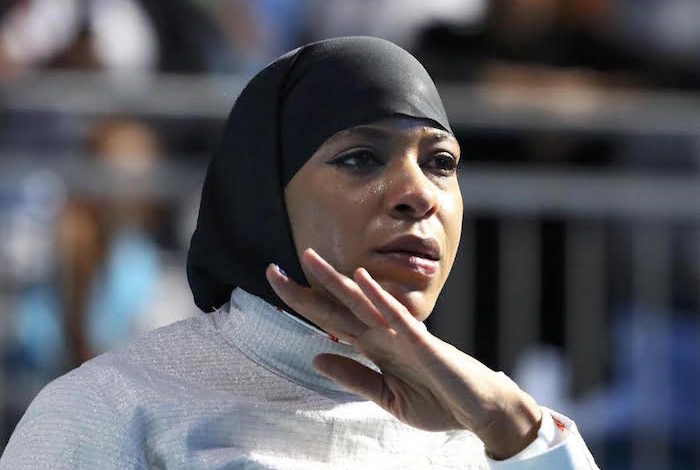 RIO — Ibtihaj Muhammad made history in her Olympic debut for Team USA becoming the first American to wear a hijab during competition at the Olympics.
The New Jersey native viewed her presence as an opportunity to be a part of something bigger than herself.
“I feel like this is a great opportunity and a great moment for Team USA to even be more diverse than we have in the past, and I’m just looking forward to representing myself, my community and also my country,” she told the AP in Rio.
With the attention focused on her historic debut, Muhammad set her sights on her opponents.
Muhammad defeated Olena Kravatska of the Ukraine in the first round. But she lost Frenchwomen Cecilia Berder in the round of 16.
Despite her loss Muhammad won over millions of hearts across the globe, as she dominated headlines nationally and internationally.
“I feel that by qualifying, I’m challenging the norm of what people think an Olympic athlete looks like and what people think an American athlete looks like, hopefully providing an image for minority youth to be themselves,” Muhammad told The AANews in February.