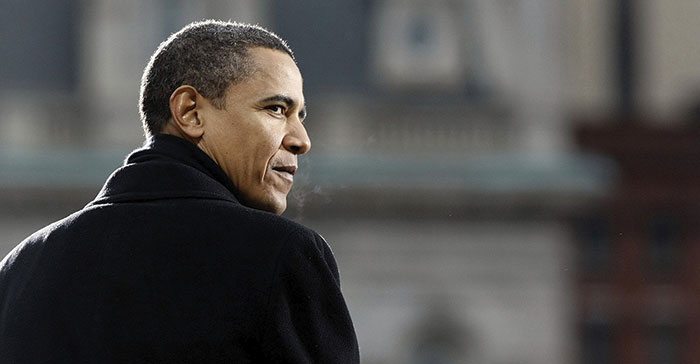 President Obama spent his final hours as president boasting approval ratings nearing 60 percent—comparable to those he had when he entered the White House in 2009.

His popularity is a reflection of a legacy of many monumental precedents set by the Harvard Law School graduate and University of Chicago law professor as the first Black president and for maintaining a rational but charming composition in trying times.

It is important to recognize that while his presidency was far from infallible, Obama’s unpopular moves should not discredit his positive accomplishments during his years in office, characterized mostly by steadfast rationality and calculated decision making.

Entering office during the worst economic crisis since the Great Depression, Obama should be applauded for recharging an economy that managed to slowly but steadily pull itself out of the doldrums of debilitating foreclosures and record-high unemployment.

In the last eight years, the unemployment rate went from a high of 10 percent in October 2009, after drastic increases following the start of the recession, to just around 5 percent in recent months.

Though a president perhaps isn’t the sole driver of the economy, it was Obama’s quick, pragmatic thinking and decision-making that buoyed the nation out of the pits of joblessness, unemployment and declined productivity.

If any state in the U.S. should especially commend Obama’s economic initiatives, it’s Michigan. He deserves much praise for his crucial decision to bail out both General Motors and Chrysler eight years ago.

The president also made imperfect efforts at healthcare reform.

Obama’s two terms in office were marked by diplomatic achievements, including the Paris international climate agreement and the monumental Iran deal and rectifying relations with Cuba

Obamacare, as the legislation is commonly known, had its fair share of supporters, but was otherwise inundated by scornful condemnation from many, especially Republicans.

Supporters of 2010’s Patient Protection and Affordable Care Act will lionize the fact that it has insured around 20 million Americans. However, the Act’s high costs leveraged upon million of others— many of whom are already insured— threaten their ability to maintain their coverage with the surge of high premiums and outrageous deductibles.

Obama’s two terms in office were marked by diplomatic achievements, including the Paris international climate agreement and the monumental Iran deal, lifting sanctions and opening up opportunities to negotiate with the Islamic Republic. Towards the end of his term, he succeeded in rectifying relations with Cuba and opening up borders to a country that hasn’t seen normal relations with the U.S. since 1961. Obama’s accomplishments in some areas of foreign policy, however, are dampened by disastrous actions undeniably executed under his administration.

Though Obama brought an end to torture, his expansions of drones and targeted killing, which resulted in the death of civilians, will remain a shameful hallmark of his legacy.

He was instrumental in ending U.S. military engagement in the Iraq war, though he initially ramped up troop presence in Afghanistan before de-escalating involvement in that war.

Obama’s withdrawal from Iraq, however, ushered in the rise of ISIS, the international terror organization that claimed the bulk of its territory in summer 2014.

Obama, exiting office Friday, January 20, leaves behind a world less safe and more destabilized than it had been upon his entry into the White House.

Though Obama himself was initially hesitant to get involved in Syria, on his watch, al-Qaeda affiliates in that country were bolstered and other countries were further destabilized by the funding of rebels during his administration.

As a result of such reckless policy, millions of Syrian have been displaced in their own country or seek refuge throughout the world, hundreds of thousands killed or injured and the rest living in despair.

Obama’s foreign policy failure has pushed Yemen to the edge of a humanitarian catastrophe. A recent United Nation report warned that more than 2.2 million Yemeni children are threatened with famine and malnutrition. The country has been bombed by the Saudi-led alliance, with Obama’s blessing, back to the Stone Age. His Secretary of State, John Kerry, admitted, in his recent foreign policy speech, that under the Obama administration, Israel multiplied its illegal Jewish settlements on confiscated Palestinian lands in the West Bank and East Jerusalem, thereby threatening the viability of the two-state solution and literally impeding the possibility of peace between the Israelis and the Palestinians. Yet, he rewarded Israeli incursion with the largest foreign aid package of $38 billion.

Overall, Obama, exiting office Friday, January 20, leaves behind a world less safe and more destabilized than it had been upon his entry into the White House.

Arabs and Muslims are among those disappointed by the Obama era. Islamophobia and hate crimes against Arab Americans and American Muslims climbed to unprecedented level

Vying to restate and validate the merits of his status as a Nobel Peace Prize awardee, he issued a number of last minute moves to paralyze the potential for sweeping Trump-era rollbacks of his agenda. In his last few months, he closed the discriminatory Bush-era profiling registry, moved to protect Planned Parenthood funding, dramatically reduced whistle blower Chelsea Manning’s 35-year prison sentence to seven years served and pardoned hundreds of sentences for non violent drug offenses.

Arabs and Muslims are among those disappointed by the Obama era. Islamophobia and hate crimes against Arab Americans and American Muslims climbed to unprecedented level and the so called “Terrorist Watch List” and “No Fly List” got longer, harsher and unjust, with no way out.

Obama’s last acts of clemency were granted not only to Chelsea Manning, but to the constituency of women, minorities, immigrants, and working class who found themselves gradually disappointed when their 2008 prospects for “Hope and Change” were seldom delivered.

However, despite his intentions to instill an impression of truth to his slogan, his administration was nonetheless in many ways as poignant as the catastrophic course of events over the last eight years.

In his last speech in Chicago, Obama admitted that he is leaving a nation racially divided as he prepared to hand over the key to 1600 Pennsylvania Ave. to Donald Trump.