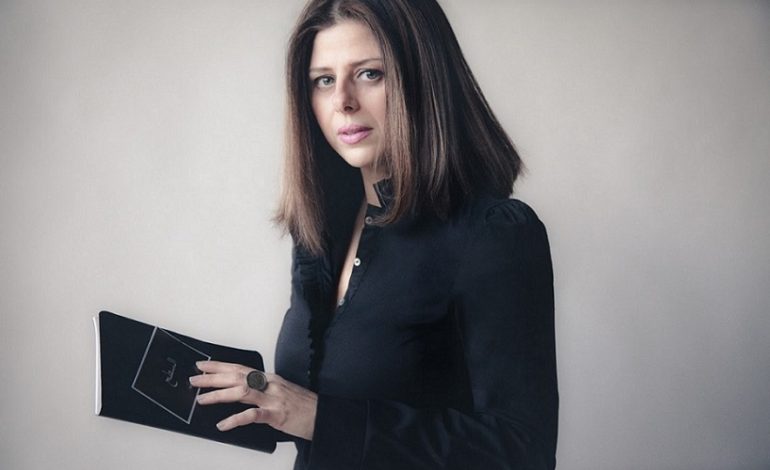 NEW YORK, NY— Through her diverse experiences and approach to poetry, multicultural award-winning author Nathalie Handal metaphorically tears down borders. Her work embraces the world and connections— allowing her to be in Palestine even when she’s not physically there.

Born in 1969 to Palestinian parents from Bethlehem, Handal was raised in France, Latin America and the Arab world; educated in England and the United States, and has moved between cities in Asia, the Middle East, Europe, Latin America and the U.S. She managed to unite the diversity within and around her existence, but does not ignore the challenges she’s faced.

“Earlier on, my plurality created contradictions I didn’t know how to mend—too many different linguistic, cultural, religious, social and political contexts to negotiate,” she said. “Time and poetry helped me understand I didn’t have to exist in split-spaces, that connectedness is possible. After all, I am complete despite the categories others try to force onto me that challenge my sense of wholeness.”

Handal, who is also a professor at Columbia University, said the tension between otherness and belonging has given her an extensive view of borders.

A polyglot, Handal does not have one mother tongue. Instead, she interlaces words in speech and poetry to see beyond the fragmented translations given and to discover places that thrive on human harmony.

“My linguistic plurality has inspired me to look beyond the surface of words,” she said. “To seek beyond the language of politics and politics of language, beyond misconceptions; to be conscious of incomplete translations of other people, places and cultures and to explore spaces where solidarity and human connectivity are their core.”

Handal’s poetry books are predominantly written in English, but sometimes mingled with Arabic, French, Spanish, Italian, Persian, Creole, Greek, and Russian— depending on the setting of a particular poem.

Even though she considers herself a “global citizen”, she identifies most with being “a poet whose soul is rooted in the East.”

Like most Palestinians in exile and in the Diaspora, Handal is not permitted to live in her homeland, but she said “no political reality has been able to make [her] let it go.” She said her roots in the Bethlehem-Jerusalem area showed her the infinity of memory.

“I see my great grandfather, my grandmother, my family, my friends and our roaming voices everywhere,” she said. “We are imprinted in the stones. And the highways and settlements the Israelis build, that disfigure the beauty of the land, cannot destroy what breathes underneath.”

Handal holds annual poetry workshops for students in Palestine. On one occasion, students asked a question she found quite difficult to answer: “How do we imagine behind the wall?”

She said the moment haunts her to this day— making her deeply aware of “injustices committed by man in the name of religion, the myths we create in order not to confront our shortcomings, our historical failures.”

At the time, Handal felt hopeless and helpless, but also inspired and heartened.

Of the Arab authors, the late renowned Palestinian poet Mahmoud Darwish inspired her and taught her that, “There is no box, there is a chorus that takes us from the Sea of Galilee to the seas of the world.”

As the writer of the literary travel column “The City and the Writer” for “Words Without Borders Magazine”, Handal believes in the power of words:

“Language is political, and has been used to [both] divide and unite,” she said. “But I believe in the transformative power of words, that they can help us transcend even our own weaknesses and prejudices. A poem reminds us that human impulses have no nationality or religion, color or genre.”

Handal won the Virginia Faulkner Award for Excellence in Writing and the Arab American Book Award for her most recent poetry book, “The Republics.” “Love and Strange Horses” won her the Gold Medal Independent Publisher Book Award, while “Poet in Andalucía” was critically acclaimed and her bilingual collection, “La Estrella Invisible / The Invisible Star” was a bestseller.

Handal is also the editor of “The Poetry of Arab Women: A Contemporary Anthology”, winner of the PEN Oakland Josephine Miles Book Award, and co-editor of “Language for a New Century: Contemporary Poetry from the Middle East, Asia & Beyond (W.W. Norton)”, both Academy of American Poets bestsellers.

She is involved in theater and has worked on more than 20 theatrical productions, either as a playwright, director or producer. She has authored eight plays, some of which have been produced at The John F. Kennedy Center for the Performing Arts, the Bush Theatre and Westminster Abbey in London.

On a final note, Handal said, “the aches of exile are unremitting,” and “such sadness finds relief in words”:

it is the day before our departure,

the day my father

gives me a notebook,

and I tell him,

this is where I’ll keep my country.