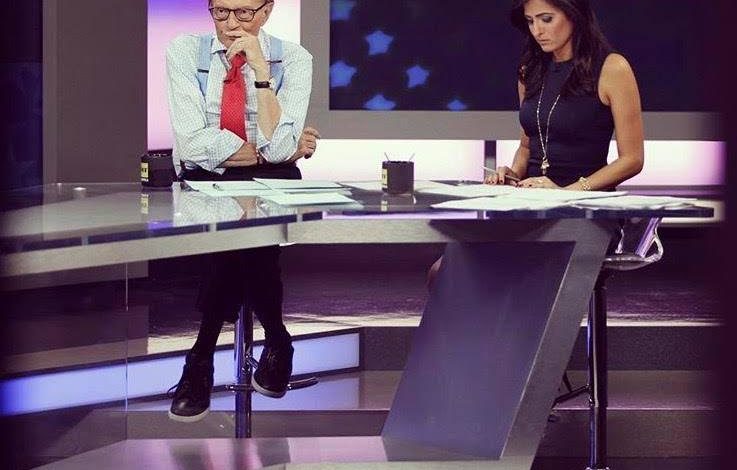 DETROIT—WXYZ reporter/anchor Ameera David, born to a Lebanese-Syrian father and Palestinian mother, never thought of becoming a journalist as a child, but her love for Arab culture, activism and writing evidently played a role in her pursuing that career.

“My parents were activists in the community, so anywhere they were, I tagged along,” said the Detroit native, who was hired last month. “If it was an ACCESS banquet, I was there. Arabic orchestral performance, I was there too… My connectedness to the community and my love for the Arab culture stretches far and deep. And I have my parents to thank for that.”

In her early high school years, David realized she had an aptitude for writing and was pretty much absorbed in news. As she followed both local and national news, she understood the significance of reporting and its effect on society.

“I realized news reporters were the conduit by which people could receive the information that ultimately helped them make important, sometimes life-altering, decisions,” she said. “… it was a career that served an invaluable purpose. And that’s why I chose it. Because I knew I would always find it fulfilling.”

But one thing really struck her at the time— the fact that there weren’t many reporters who looked like her on American TV news outlets.

“CNN’s Christiane Amanpour was the closest thing I could find to a Middle Eastern girl with a funny name,” she said. “And I often used her existence as fuel for my own passion; as proof that I, too, could be on TV.”

David went on to earn her bachelor’s degree in political science from the University of Michigan and her master of science degree in journalism from the Columbia University Graduate School of Journalism in New York.

After graduate school, she took an entry level production job in Washington D.C. and eventually started working for RT America as an anchor for four years.

“There I had a unique opportunity to tap into and connect with an international audience,” she said. “As an anchor for the network, I carried viewers through breaking news coverage on stories including the U.S.-led air strikes in Syria, the Boston bombing and civil unrest in Ferguson, Missouri.”

However, all these accomplishments don’t surpass her favorite and proudest one—teaming up with the renowned television host, Larry King, for the 2016 presidential election coverage.

Even though David enjoyed her experiences in Washington D.C., she still longed for the city that raised her and molded her into the person she is now. She felt a need to come back.

“Working in Washington, covering Congress and the White House, was a true eye-opener and all around thrill,” she said. “But after almost six years, I felt the pull to come back home. I wanted to once again be a part of the city that raised me and helped shape my perspective on the world.”

David said she wanted to work in a news outlet that allows her to share and follow the rich stories developing in her own Arab American community. She added that working at WXYZ allows her to do that. She also said she hopes to teach children in the Metro Detroit area that they can also pursue a career in TV journalism.

“The idea of teaching just one child that, is incredibly rewarding,” she said, adding that Arab parents usually encourage their children to pursue profitable professions. She encourages parents not to do that anymore because the Arab American community needs to be represented in every field, not just a few.

“Arab parents — all too often — push their kids into one-track, lucrative professions,” David said. “But to them I say, enough! We have enough lawyers, doctors and engineers. What we need now are people representing the community in alternative ways— as writers, filmmakers and journalists. Those are the professions that will help educate people about who we really are. After all, who better can tell the Arab American story than Arab Americans themselves?”