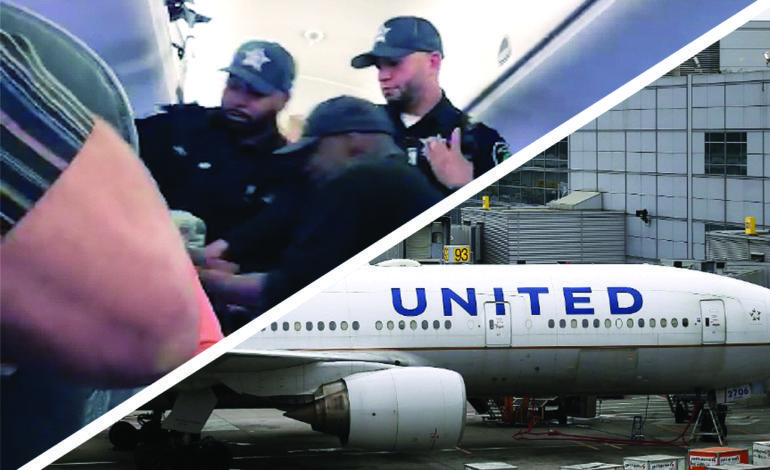 Immigrants and people of color, it seems, can’t catch a break on holiday. There are the issues with flying while Arab. There are the proven problems with driving while Black.

One of the most brutal metaphors for crass capitalism played out Monday as fellow passengers on United Airlines flight 3411 from Chicago to Louisville could only watch in horror as David Dao, a seasoned doctor on a tight schedule, was violently uprooted from his seat on the overbooked flight after repeatedly refusing to give it up upon random selection because United employees needed seats.

Once again, “random” selection came to target, isolate and humiliate an immigrant— an Asian American, who faced the consequences of deviating slightly from the template of a stereotypically “model-minority” demographic.

Once again, the only defense of the corporate oligopoly comes in the form of the “comply or face the consequences” adage that is a tired trope in the American narrative of victim-blaming police brutality.

Once again, the expectation to obey, without question, took precedence over civil and human rights. Once again, people of color, such as the police officer, who was African American, or United CEO Oscar Munoz, a Hispanic American, were poised to carry out the dirty work of a system that probably would not have dared approach, say, a rich White woman or man in the same way.

And once again, the actions of big business were held without accountability as, even after the incident, Munoz commended the officer’s “re-accommodation of customers” in having “followed established procedures for dealing with situations like this” through a ruthless justification of the brutality that ensued. He later apologized under public pressure, however.

Arabs and Muslims, likewise, are too well acquainted with this brand of systemic targeting, coercion, and humiliation.

Just last year, a Muslim college student got kicked off a Southwest flight in California for the heinous crime of speaking Arabic to his uncle following a dinner with U.N. Secretary-General Ban Ki-moon. A Somali American hijabi woman was booted off another Southwest flight a year ago for wanting to trade seats with another passenger. A Muslim, Arab American family was removed from a United flight from Chicago without reason last year. These are just a few of the myriad instances of injustice that reflect just how this country, via its corporations, regards its most marginalized of people.

It is not just the incident by United that is being condemned, but also a system deserving of scrutiny. The corporate capitalist system makes it possible in every way to maximize profits while, in every possible way, demeaning and inconveniencing its paying customers.

All the while, the media that should be outraged with United play into the victim-blaming, spectacle-driven game.

What Dao may or may not have done in the past has no bearing on the fact that he was a paying customer on United Flight 3411. Rather than wage an unrelated, irrelevant ad-hominem war against him, the media should more appropriately direct their anger towards the inhumanity of a system where corporations are people and people, however “disruptive and belligerent” they may seem, according to Oscar Munoz, are somehow more expendable than property.