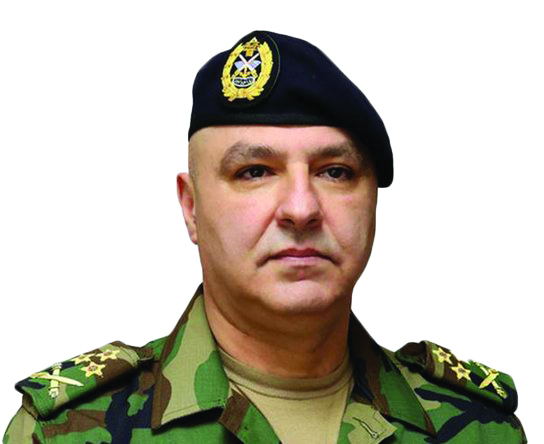 The visit, which runs through May 6, is part of the ongoing Lebanese-U.S. military cooperation.

General Aoun will also present to his American counterparts the army’s security and military achievements in the fight against terror and the readiness it has reached in this regard, the source added.

The Lebanese Embassy in Washington held a reception Thursday in honor of General Aoun and the military delegation accompanying him.

A U.S. military plane carrying aid for the Lebanese army arrived last week at the Riyaq Military Airport. It was the second such delivery in a week.

The shipments are part of the ongoing U.S. military assistance to the Lebanese army, according to Lebanese military sources.