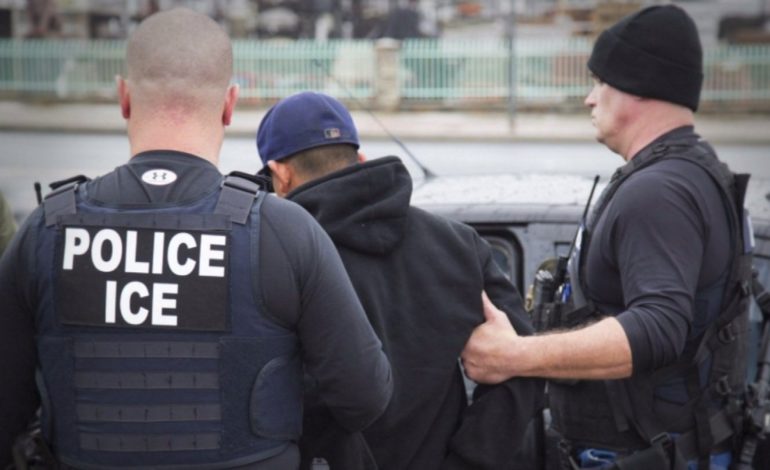 NEW YORK — U.S. arrests of suspected illegal immigrants rose by nearly 40 percent in the first 100 days of Donald Trump’s presidency, following executive orders that broadened the scope of who could be targeted for immigration violations, according to government data released on Wednesday.

The acting director of Immigration and Customs Enforcement (ICE) Thomas Homan said that arrests by his agency jumped to 41,318 between January 22 of this year and the end of April, up from 30,028 arrests in roughly the same period last year.

Of those arrested almost two-thirds had criminal convictions. But there was also a significant jump – of more than 150 percent – in the number of immigrants not convicted of further crimes arrested by ICE: 10,800 since the beginning of the year compared to 4,200 non-criminal arrests in the same period in 2016.

That increase is a result of recent guidance given by Homeland Security Secretary John Kelly to implement Trump’s executive orders on interior immigration enforcement and border security signed on Jan. 25, just days after the Republican president took office.

“Those that enter the country illegally, they do violate the law, that is a criminal act,” Homan said on the call, while emphasizing that immigrants who pose a threat to national security or have criminal records are still a priority for the agency.

He said ICE will continue to target people who have been issued a final order of removal by an immigration judge even if they have not committed another crime.

“When a federal judge makes a decision and issues an order that order needs to mean something,” Homan said. “If we don’t take action on those orders, then we are just spinning our wheels.”

While President Barack Obama was also criticized for deporting a large number of immigrants, most of them were recent border crossers apprehended entering the country illegally.

Deportations under Trump have actually fallen by 12 percent compared to the same period under Obama, Homan said, as more people arrested in the interior typically have more complicated cases that can get slowed down in the backlogged immigration court system.

The number of people caught crossing the border with Mexico is down significantly since the begin of the year, according to data from U.S. Customs and Border Protection.