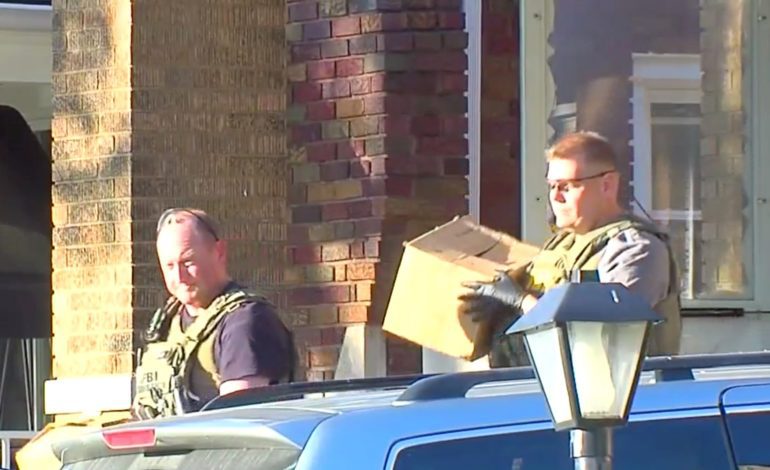 DEARBORN ― The man in question involving a FBI raid at a Dearborn home Thursday night is suspected of aiding terrorists, The AANews have learned from sources close to the investigation.

Samer ElDebek, a Lebanese American truck driver, was taken into custody and transported to his hometown of New York on Friday on federal charges of providing material support or resources to foreign terrorist organizations and receiving military-type training from them, according to official documents obtained by The AAnews.

The warrant indicated authorities were looking for explosive materials and/or a manual of how to make them. It was issued a day before the raid by a federal judge of the U.S. District Court for Southern District of New York. He is expected to be arraigned in the state on Monday, June 5.

A large FBI squad stormed the unit in the duplex on Johnathon Street in Dearborn on Thursday, June 1 at around 5 in the evening and closed off the street while agents meticulously searched the property.

Several agents hauled dozens of small to mid-sized boxes from the home. Inside were more than 90 sparkling birthday candles and several high-powered Shot Grizzly fireworks. They also seized phones. an iPad and his U.S. passport.

Members of his family told TheAANews that the high-powered fireworks does not belong to him, but to his neighbor who they shate a garage with.

The FBI initially said it was conducting an operation related to a “national security issue.”

ElDebek’s wife, his two young daughters and an elderly relative left with agents for about an hour before returning home at around 10 p.m. Thursday night.

The AANews spoke to neighbors living on either side of the house, who say they shocked and terrified, especially as agents forced everybody to stay inside their homes.

They also said the family kept to themselves and didn’t say much when greeted by anybody outside.

The AANews attempted to speak to them Thursday night, but they turned off all the lights and did not answer the door.

Sources close to his family deny any wrongdoing. The man is described as a committed family man.

He lived in New York and left eight years ago to Lebanon. He returned last year to New York and later settled in Dearborn about 10 months ago.