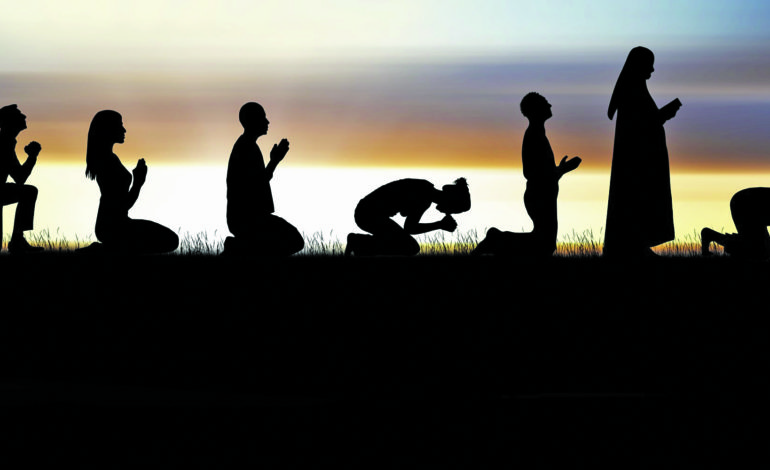 DEARBORN — The practice of fasting may differ across the Abrahamic religions of Judaism, Christianity and Islam, but these faiths share a bond at their spiritual core— their efforts to grow closer to God.

A few months before the holy month of Ramadan started this year, Christians of various denominations observed their own season of fasting called Lent.

The Lenten season lasts 40 days, starting on Ash Wednesday and ending about six weeks later, before Easter Sunday. Lent remembers the fasting of Jesus in the wilderness and involves atoning in preparation for his death and resurrection at Easter.

Christians observe Lent by skipping a meal or giving up a particular food or habit to discipline the mind and body and focus one’s energy on God through prayer. They also increase charitable activities.

In late September, Jews will observe their most important holiday, Yom Kippur, which also involves fasting.

During Yom Kippur, which is also known as the Day of Atonement, Jews traditionally observe the holy day by fasting for 25 hours and concentrating on prayer— spending most of it in synagogue services.

As for Muslims worldwide, during Ramadan, they do not eat, drink, smoke or engage in sexual intercourse from dawn until sunset for 29 or 30 days.

The sacred month commemorates the first revelation of the holy Quran to the Prophet Muhammad. It’s a time when worshippers work on their discipline and moral character— treating everyone with respect and avoiding gossip and backbiting. Muslims also increase their almsgiving during this month.

As for spirituality during the holy month, Muslims concentrate on prayer and supplication to God, read the holy Quran every day and perform specific Ramadan prayers after iftar— especially on the nights of power, when Muslims engage in all night prayers .

By Eid Al-Fitr, the holiday that marks the end of Ramadan, it’s expected that Muslims of all ages have become an improved version of themselves.

The three Abrahamic religions may have different set guidelines and reasons for their followers to fast, but tend to all end in an improvement of oneself through acts of charity and repentance and acknowledgement of a higher power.

According to an article called “What Ramadan taught me about Lent” by Joe McHugh, passing over to another’s religious practice or attempting to understand it creates respect and understanding among the three faiths.

“The Abrahamic religions are ‘religions of the road’, a theological principle— moving toward a destination rather than repeating mythic cycles—that, like monotheism, signaled another revolution in how religions imagine themselves,” he wrote. “As a result, Abrahamic believers see themselves on a pilgrimage in time, moving toward a personal and social end point traditionally described as eschatological, an ultimate drama in which the mysteries of life and death, reward and punishment, fulfillment or destruction and final consolation or desolation get played out.”

As a Christian who experienced Ramadan to learn about it, McHugh found that a religion of prophecy like Islam and a religion of incarnation like Christianity, even though different, complement each other. He said Christians need Muslims to jog their memory with the “transcendent dimension of our experience of God” and Christians, “because of our belief in incarnation, can help Muslims keep their feet planted firmly on the earth.

“While doctrine and ideology often divide, service and shared spirituality are opportunities for a unity that can respect differences without being incapacitated by them—a gift our divided world sorely needs today,” he said.

While the fasts and the practitioners— Jews, Christians and Muslims —are not one, the results are.

On a final note, the holy Quran says, “If Allah (God) had so willed, He could have made humans a single people, but He tests you in what He has revealed to you, so strive to compete in all virtues.”