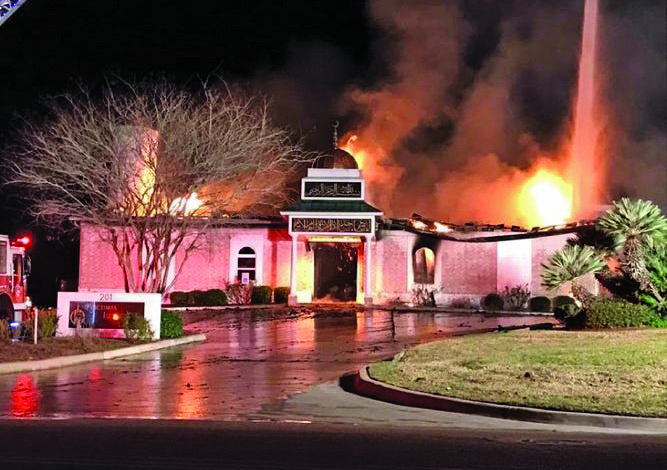 VICTORIA, TX —A federal grand jury in Victoria, Texas, has charged Marq Perez, 25, with a hate crime on suspicion of setting fire to a mosque there on Jan. 28, the Justice Department said on Thursday.

If convicted, Perez faces up to 20 years in federal prison, 10 years for possessing an unregistered destructive device and another 10 years for use of fire to commit a felony, along with a maximum fine of $250,000, the department said in a statement.

The fire at the Victoria Islamic Center, about 125 miles (200 km) southwest of Houston, was seen by Islamic rights groups as part of a growing wave of bigotry toward Muslims in the United States.

A lawyer for Perez, who is in custody, was not immediately available for comment.

He is facing charges that include damage to a religious property, the department said.

Perez was initially arrested and charged on March 3 in connection with an attempt to blow up a car, the department said.

Evidence linking him to the mosque fire was later presented at a detention hearing, the department said.

Earlier this year, the Bureau of Alcohol, Tobacco, Firearms and Explosives ruled as arson the fire that destroyed the building and caused about $500,000 in damages.