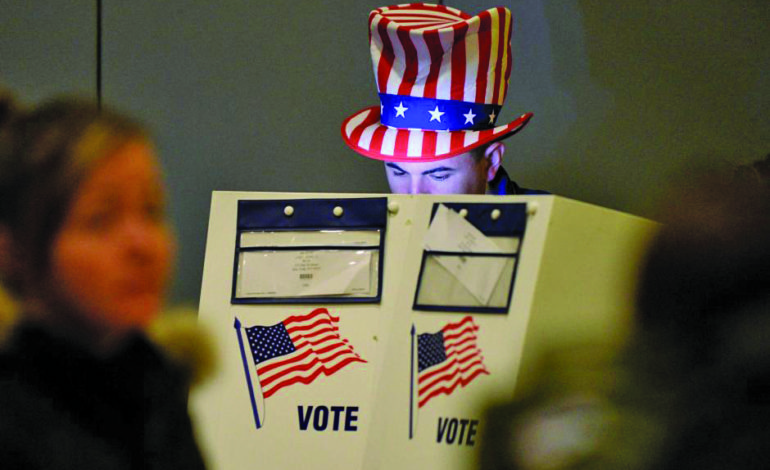 There’s no shortage of threats to our democracy. Russian meddling in elections, the vulnerability of state voting systems to hacking, politicians’ assaults on the media and political leaders’ growing fondness for policy-making in secret — all of these pose a real challenge to our system’s viability.

As worrisome as these are, there’s one problem that may be the greatest threat of all: Americans’ loss of faith in politics and democratic institutions.

This has been building for decades, dating back to the Vietnam War and Watergate, and the long-term economic challenges — recession, inflation, widening inequality, the shifting nature of work, a series of financial crises — that grew out of that era. It’s rooted in our system’s apparent inability to overcome deep divisions in the country: Urban and rural, liberal and conservative, the mass of ordinary Americans and the elite, divides over race and ethnicity and gender politics and… well, you know the list as well as I do.

The truth is, in the face of this teeming, complicated, diverse society, our political institutions have performed inadequately. But if we’re not just to throw in the towel and declare representative democracy a noble failure, then we have to restore Americans’ faith in the processes of government. To do this, we have to pursue a range of reforms and goals, some of which will require years of concerted effort to achieve.

• Broad-based economic growth, for instance, will be crucial. It may seem odd to start with this when we face so many political and structural problems, but when the bulk of people — not just the already-fortunate or the best-educated — sense that they have a chance to improve their lot and that of their children, that the economy offers opportunity to all, this lubricates a society. Economic growth that spreads its benefits to the broad mass of people solves a lot of problems and restores confidence in government.

• Winner-take-all in politics is as damaging to society as its economic counterpart, yet over the last generation we’ve lost the ability to use the techniques of democracy: Civility, negotiation, compromise, transparency, respect for minority views and accountability. These are not just values — they’re tools that bring representative democracy to life. They ensure that diverse voices are included in policy-making, give legislation broad legitimacy and help citizens understand and feel a stake in governance.

• Restoring these values, though, will also require changing the political habits that define this era. The polarization and scorched-Earth legislating that have come to reflect divisions in our society are deep-seated and destructive and will need determined leadership at the highest levels to undo. This should be met at a variety of levels, including meaningful civic education that helps citizens understand their crucial responsibilities and that lays bare the system’s limitations and sets realistic expectations.

• Finally, we should undertake a set of structural reforms to restore Americans’ faith that government is constructed fairly and is focused on the general welfare. Gerrymandering, which gives one party legislative and Congressional seats out of all proportion to its actual popularity, must end. The machinery of our elections — outdated, fragile, lacking a paper trail, vulnerable to cyber attacks — needs investment. The outsized influence of money in politics continues to feed cynicism and public disengagement.

What I find perhaps most distressing is that many of these are deep-seated, longstanding problems that are evident to many Americans, yet we don’t see them being addressed. A voice or two might be raised from time to time in Washington, but no one maintains the effort.

Yes, the times make it tough: We have a struggling president, a Congress fractured by infighting and political parties incapable of forging consensus among their diverse members. The to-do list I’ve laid out is long and daunting.