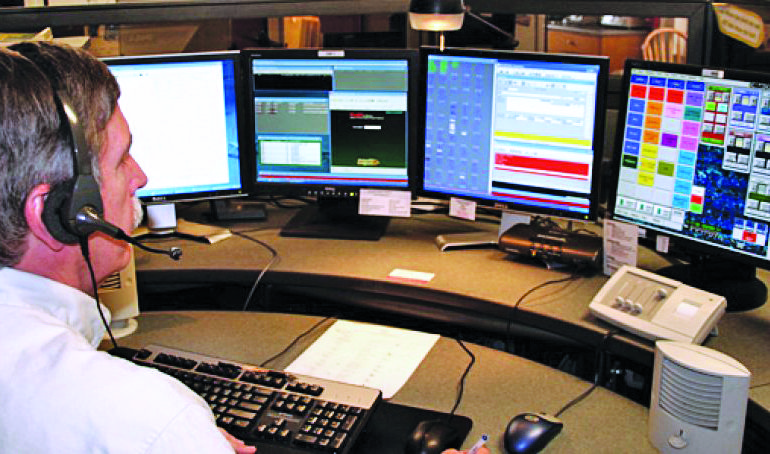 DEARBORN — The city is preparing to go live on a newly constructed 911 dispatch center that will serve residents in Dearborn and Melvindale.

The center, located on the second floor of the Dearborn Administrative Center on Michigan Ave., is part of a consolidation project made possible by a State of Michigan Competitive Grant Assistance Program (CGAP) grant that both cities applied for in Jan. 2014.

On April 1, 2014, the cities were awarded $3,240,225 to provide “incentive-based grants to stimulate efficient government and encourage mergers, interlocal agreements and cooperation between two or more jurisdictions.”

The grant award is dependent on Dearborn joining with at least one other community to form the Dearborn Consolidated Dispatch Center.

After a three-year review of the project, the city’s legal department recommended that the City Council enter into a contract with Melvindale to provide that city with dispatch services.

This proposed consolidation is intended to benefit both communities, according to a document approved by the City Attorney Debra Walling, Police Chief Ron Haddad and Fire Chief Joseph Murray.

The new facility will include upgrades its radio infrastructure to an 800 MHz system, and improved radio structure recommended by the 9/11 Commission.

It also aims to increase dispatcher staff, allowing for greater coverage of radio and telephone traffic when either city has a larger scale emergency.

The project will also allow Dearborn and Melvindale first responders to seamlessly communicate with each other on their primary radios, without the need to carry multiple radios or switch between channels.

It is also expected to reduce fire department response times. Currently, 911 calls coming into the Melvindale Police Department are being transferred to Dearborn dispatch. All 911 calls from Melvindale and Dearborn will come directly into the consolidated dispatch center.

Melvindale will then be required to pay full costs for dispatch services.

Laurie Ellerbrake, Dearborn’s deputy legal counsel, stated in the recommendation letter that the consolidation of dispatches for police and fire services coincides with a national objective of interoperability and will improve the coordination of response across jurisdictions.

She also said it should reduce the cost of service for the taxpayers, assure better technology and a higher level of training.

The contract requires that dispatchers in Dearborn be responsible for answering 911 calls originating in Melvindale 24 hours per day, 365 days per year. This includes all 911 calls via wireless, wired and Voice over Internet Protocol (VOIP) lines, and text messaging, as available.

Melvindale will be required to maintain radios and associated equipment, including hardware, software and connectivity; however, the 911 surcharge for the Downriver Community Conference will continue to fund the radio equipment.

Some Dearborn firefighters told The AANews in January that the merger was the “worst deal the city has ever made,” citing a more stressful work environment and unfair pay.

However, according to city’s website, the merger was initiated to cut costs while still increasing response times, as the Melvindale station is located closer to certain sections of southwest Dearborn than Dearborn’s existing four stations.

“In these economic times, we must look at how we can deliver the best service to our customers in the most cost-effective way,” Mayor Jack O’Reilly said in a 2013 statement. “I know change is hard, but in this case, residents in both communities will benefit.”

Dearborn welcomed 14 Melvindale firefighters, who officially became Dearborn employees. They will continue to be assigned to the station in Melvindale.

Under the merger agreement, Dearborn leased the Melvindale fire station for $1 and uses Melvindale’s equipment.

The two communities are also in discussions about a consolidation of a jail service that would involve using Dearborn’s facilities. The agreement was approved by Melvindale’s City Council and mayor, but not yet by Dearborn’s, according to the Mary Laundroche, Dearborn’s director of public information.