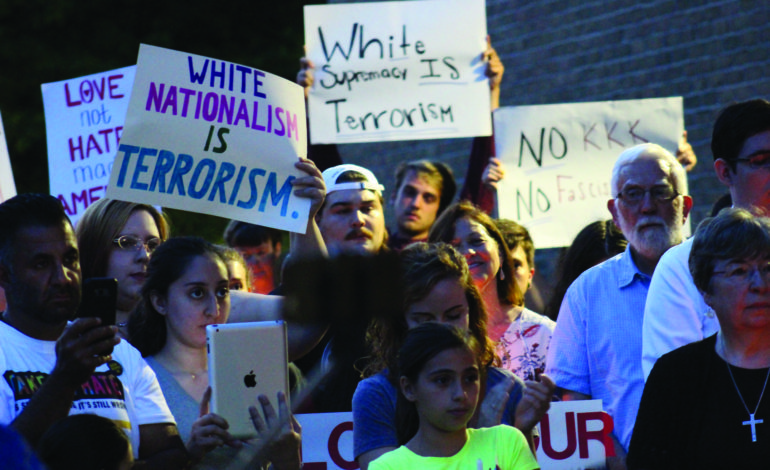 The recent tragic events in Charlottesville, VA should be a lesson to our Arab and Muslim community here in Metro Detroit, specially in the Dearborn-Dearborn Heights area. These events show that personal attacks, character assassination and the spread of false information on social media and elsewhere can have devastating effects in the real world. Therefore, these local attacks must stop immediately, before it is too late. We all condemn bigotry, racism and ethnic hatred, and we all pledge to fight them, but we also recognize that events such as what happened in Virginia are a result of continuous incitement online and on the waves of radio and TV. Pumping people up with hatred, especially when some or all of it is based on false information, will inevitably lead to violence, either individualized or widespread.

Hatred, bigotry and provocative speech are not only committed by Whites against Blacks or other ethnic minorities, or the reverse. Incendiary statements from within one community against people in the same community are no different when it comes to their physical or emotional effects. Using social media to threaten and incite action comes with negative consequences. The actions in Charlottesville should serve as an example to all of us.

While it may be difficult to recognize for some, we need to be more vigilant as a community against the barrage of personal attacks with made up facts presented by a few to rally the masses against people who share different views. We need to reject them outright. This is not why our parents and grandparents journeyed to this great country. Many fled from countries where free speech was punished with violence and speaking opinions resulted in death. The last thing we need is to bring that part of the world to our own backyard.

Allowing unfounded allegations to travel through the community like a flood in the street only divides this community more at a time when it needs to unite to face growing adversity and bigotry. We need to get back to a time when differences in opinions, especially political views, resulted in a civilized debate or dialog, not vicious attacks. Make no mistake, if this trend continues, the result will be no different from what we see on television.

Many in our community reposted and re-tweeted sympathy statements and kind words about Heather Heyer, the victim of the ugly events in Charlottesville. While this is the right thing to do, it is also ironic. We protest the destructive actions of “outsiders” and ignore similar actions by “insiders.” Recognizing and protesting the horrific actions of others is a duty for all of us, but we must take a moment to take care of our own intra-community issues.

Just as we are all standing up and speaking against the bigotry and hatred playing out on the national stage, we should condemn it in our own community as well. It is not enough to just sit idly by and pretend it doesn’t affect us, as long as our specific name or organization are not mentioned. Unfortunately, like we have seen on TV, innocent bystanders are usually the ones who suffer the most and bad acts may ultimately hurt many more than the intended victims.

You might say to yourself, “well, what can I do? I’m only one person.” The most productive thing we can all do is to refuse to support those who chose to participate in cyber bullying, personal attacks and hateful rhetoric. We can also refrain from republishing such nasty posts. Stating facts with proper proof in a political campaign is normal, even if these facts are negative, but it is not the same as what has been happening in our community lately. Disagreement is common in politics, but discussion and debate are the ways to educate people, not name calling and baseless accusations. There is a crucial difference between the expression of political disagreement in the context of a debate and insults coupled with incitement of hatred that divide society and threaten the very cohesion of a community that still has many serious issues to address. We all need to take responsibility and bring the conversation back to where it should be: Serving our community and moving it forward in order to make this the best world we can.

-Abed Hammoud is an attorney and former president of AAPAC.