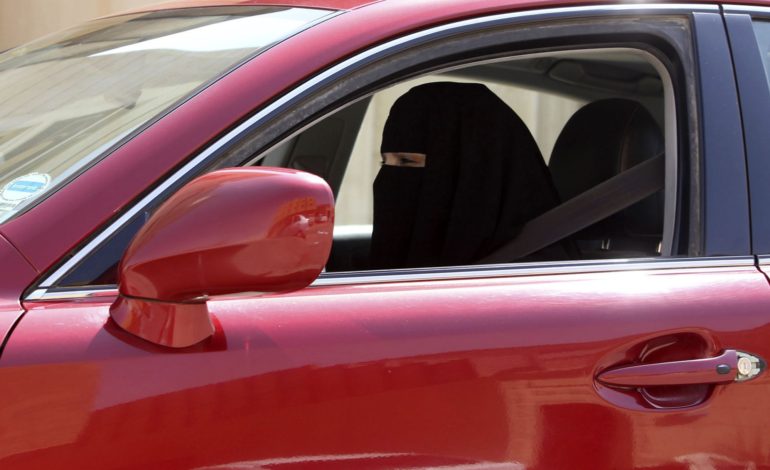 A woman drives a car in Saudi Arabia

RIYADH ― Saudi King Salman on Tuesday ordered that women be allowed to drive cars, state media said, ending the conservative Islamic kingdom’s status as the only country where that is forbidden.

The royal decree ordered the formation of a ministerial body to give advice within 30 days and then implement the order by June 2018, according to state news agency SPA.

It stipulated that the move must “apply and adhere to the necessary Sharia standards”, without providing details, and said a majority of the Council of Senior Religious Scholars had approved its permissibility.

Saudi Arabia has been widely criticized for being the only country in the world that bans women from driving, despite ambitious government targets to increase their public role, especially in the workforce.

Women in the kingdom are also bound by law to wear long robes and a headscarf and require the consent of a male guardian for most legal actions.

The kingdom has been opening more areas for women through the government’s modernizing reforms, which have sparked tensions with influential clerics upon whose support the ruling family relies.