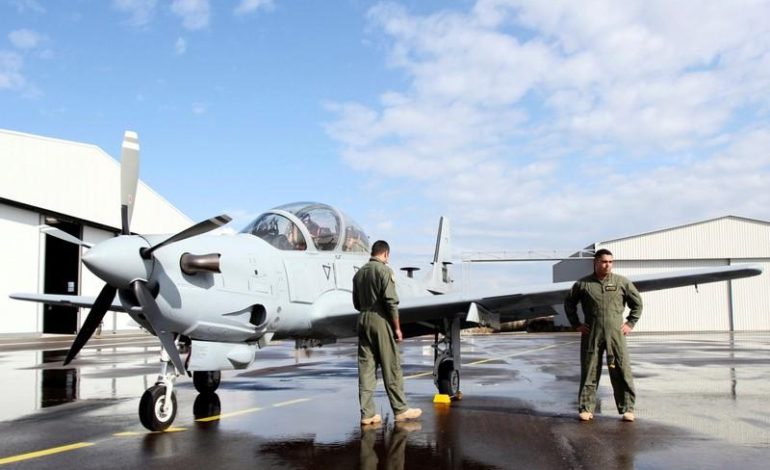 HAMAT, Lebanon ― The United States delivered two A-29 Super Tucano light attack aircraft to Lebanon’s army on Tuesday, a sign of continued U.S. support despite Israeli accusations that the Lebanese military is controlled by Hezbollah.

The planes will be used as armed observation aircraft, a security source in Lebanon said, and represent a big upgrade for the Lebanese Armed Forces (LAF).

Hezbollah, which was designated as a terrorist group by the U.S. State Department in 1997, last fought Israel in a war in 2006. Lebanon is formally in a state of war with Israel.

“The significant increase in LAF combat capability that this aircraft represents will ensure that the LAF will remain a national unifying force, a bulwark against extremism and terrorism,” said U.S. Ambassador Elizabeth Richard.

Over the last decade, the U.S. government has invested over $1.5 billion in training and equipment, and has trained over 32,000 Lebanese troops, Richard said.

“We have recently announced another $120 million in foreign military financing, which brings the total investment in the LAF to over $160 million just this year,” she said. The United States will deliver another four Super Tucanos to Lebanon.

The two new aircraft – which have advanced combat and surveillance capabilities – will “make a qualitative leap in improving the aerial capabilities of the LAF,” said Lebanese Army Commander General Joseph Aoun.