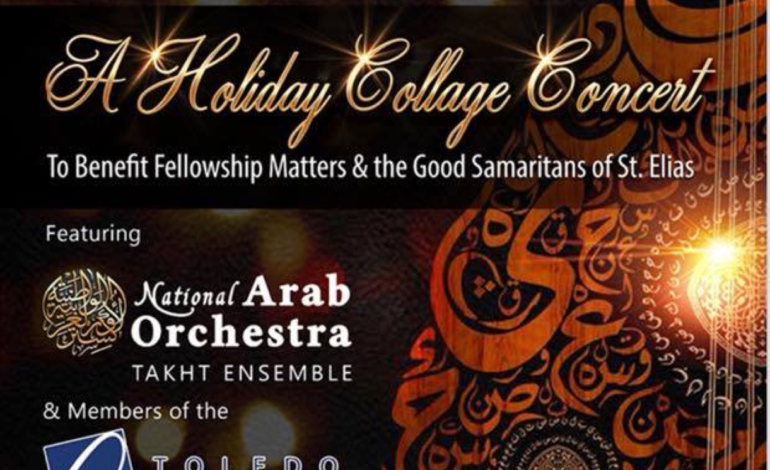 DETROIT — Come celebrate the Holiday season with the National Arab Orchestra (NAO) at its first annual “Holiday Collage” concert featuring the NAO Takht Ensemble along with members of the Toledo Symphony Orchestra.

The “Takht” is a chamber ensemble and was considered the primary one in the Arab world, prior to WWI.

Tickets start at $25 and can be purchased online at nationalaraborchestra.com or by calling 440-289-8321.

Proceeds from the event will be donated to the Fellowship Matters and the Good Samaritans of St. Elias.

The NAO is non-profit  that celebrates Arab heritage and its music through educational outreach and performance.

The NAO is dedicated to preserving and performing the classical and contemporary traditions of Arab music and provides opportunities that will bridge social and cultural barriers through music.

The Orchestra’s “home base” is Detroit’s Music Hall.