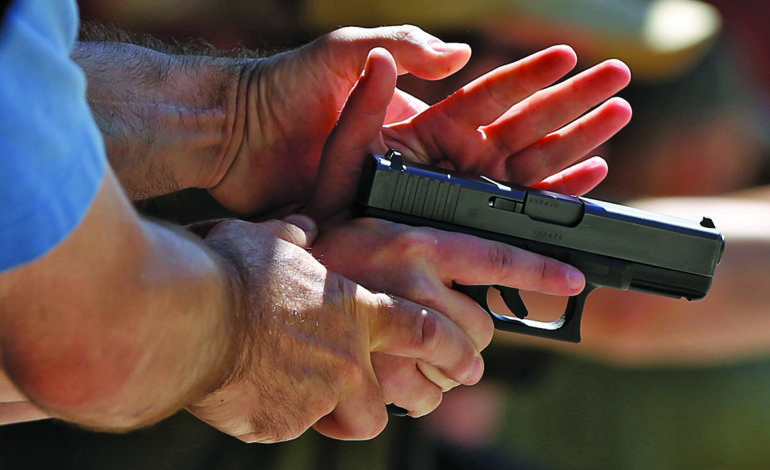 A majority of Americans, including Republicans, Democrats and gun owners, want stricter laws on gun ownership and armed guards in schools, according to a Reuters/Ipsos national poll taken in early March.

Hundreds of thousands of students and their families are expected to march in cities across the United States on Saturday to demand stricter gun control, part of the response to a mass shooting at a Florida high school in February.

Some of the main findings of the poll are: That about 75 percent of adults say they want armed security guards in school, with some 53 percent in favor of publicly funding gun classes for teachers and school personnel and 45 percent saying school staff should be encouraged to carry a weapon.

Another finding is that a majority of Democratic and Republican voters support stricter gun laws, including 91 percent on both sides who say anyone with a history of mental illness should be banned from owning a gun. A majority of Republicans also say that assault weapons and high capacity ammunition clips should be outlawed.

Gun owners are more politically active than others; they are more likely to be registered to vote and they express more interest in voting in November’s midterm elections, when one third of Senate seats and all the seats in the House of Representatives will be decided.

Fifty percent of gun owners said they are certain to vote, compared to 41 percent of people who do not own a gun.

The Reuters/Ipsos poll of 2,389 U.S. adults was conducted between March 5-7 and has an overall credibility interval of 4-5 percent.