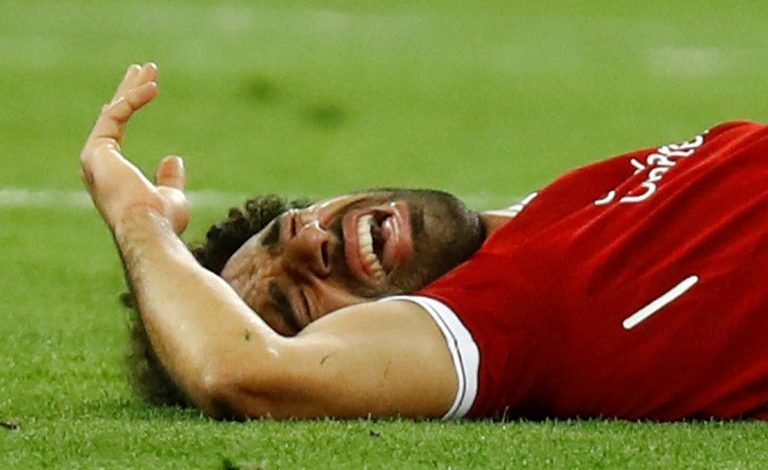 Egyptian soccer star Mohamed Salah’s shoulder injury will keep him out of action for three to four weeks, Liverpool’s club physio has said, meaning he could miss the World Cup group stage.

The 25-year-old is desperate to play for Egypt in only their third World Cup and their first for 28 years but faces a race against time to be fit for next month’s Group A games.

“He is sad about what happened but is totally focused on recovery, seeing when he can be ready,” physio Ruben Pons told Spanish sports newspaper Marca of the injury to Salah during Liverpool’s Champions League final defeat by Real Madrid.

“In principle it will be between three and four weeks but we will try to reduce those dates, that’s the big goal,” he added.

Egypt begin their World Cup campaign against Uruguay on June 15, before facing hosts Russia on June 19 and Saudi Arabia on June 25, meaning if Salah takes four weeks to recover he could be fit in time for the knockout phase.

On Sunday, Salah posted a message saying: “It was a very tough night, but I’m a fighter. Despite the odds, I’m confident that I’ll be in Russia to make you all proud. Your love and support will give me the strength I need.”

Egypt reached the tournament after Salah scored a 95th minute penalty to help them beat Congo 2-1 in October.

Salah, who scored 44 goals in a sensational first season for Liverpool after joining from AS Roma, was voted Player of the Year by the Football Writers’ Association this month, completing a sweep of England’s individual prizes and becoming the first African player to win the prestigious award.