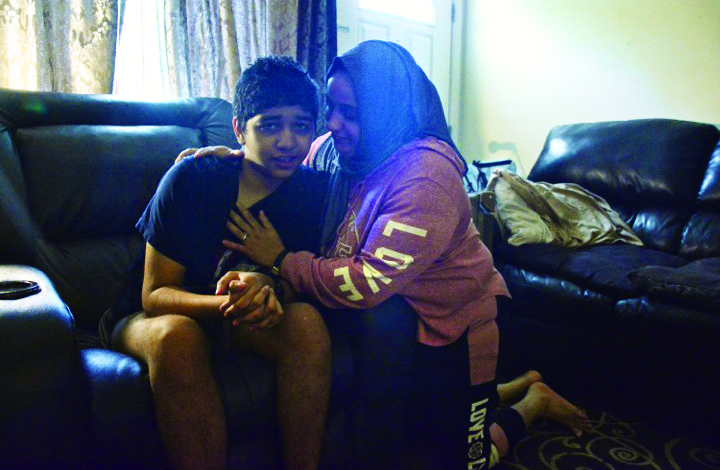 ANN ARBOR — Azeza Kafham spends her days at home with her four children. She keeps up with her 2-year old son, Thayer, helps her 13-year-old, home-schooled daughter, Sophie, with homework and provides sole care for her immobile 15-year-old son, Hiatham, who just months before being diagnosed with Lafora Body Disease, was a healthy, happy teenager. 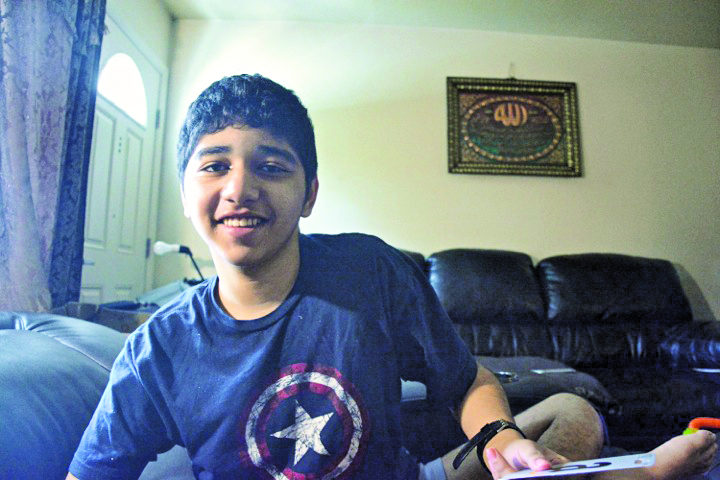 Lafora symptoms usually start in late childhood, with mild to moderate jerking seizures, and progressively get worse over time.

Elayyan Breadiy, now out of treatment for lymphoma, works full time as a janitor for the University of Michigan, while Kafham watches over Hiatham, who requires her constant care.

“I get no rest,” Kafham said. “Sleeping is not easy. That’s when he gets the most grand mals.”

Hiatham’s teacher through the Ann Arbor public school system visits him for an hour once a day to read to him and verbally go through basic addition and subtraction problems. Hiatham is currently listening to his teacher read “The Great Gatsby.” He said he loves the book so far and wants to see the movie.

“Hiatham’s intellectual skills have completely dropped,” Kafham said. “His schooling [now] consists of somebody reading to him. He really wants to graduate from high school.”

Kafham said because of this rare disease, Hiatham’s condition has progressed quickly over the last year, immobilizing him, slowing down his speech and making swallowing difficult.

She said Hiatham’s seizures take everything out of him and he seems exhausted.

Hiatham is still social and likes to talk with people, but often repeats himself and sometimes has trouble finishing sentences.

Kafham said she has been looking for help from the community for more than a year.

“I’ve called every single organization in the state,” she said. “But everything is diseased-based; they only help out with education.”

She said because so few people have Lafora, it can be qualified as an “orphan disease.” Orphan diseases are those that have less than 200,000 sufferers. Most doctors have less experience with orphan diseases and foundations often aren’t formed to help such small groups of people suffering from them.

Kafham said she feels incredibly isolated from her Muslim community and the world in general.

Being her son’s sole caregiver, while also raising three other children, keeps her at home all the time. In order to keep her job at St. Joseph Mercy Hospital, she works just three hours once a month. Before Hiatham’s diagnosis, she worked full time.

Kafham said her parents emigrated from Palestine before she was born and settled in Ann Arbor, but kept their family very secluded.

“We keep to ourselves,” she said. “I don’t have a mom or dad, I don’t have anybody. My parents were very abusive to me growing up. They don’t even care [about Hiatham.]”

She said once last year she called a mosque, reaching out for help. The officials she spoke to there told her to make amends with and ask for help from her parents, instead of asking religious organizations. 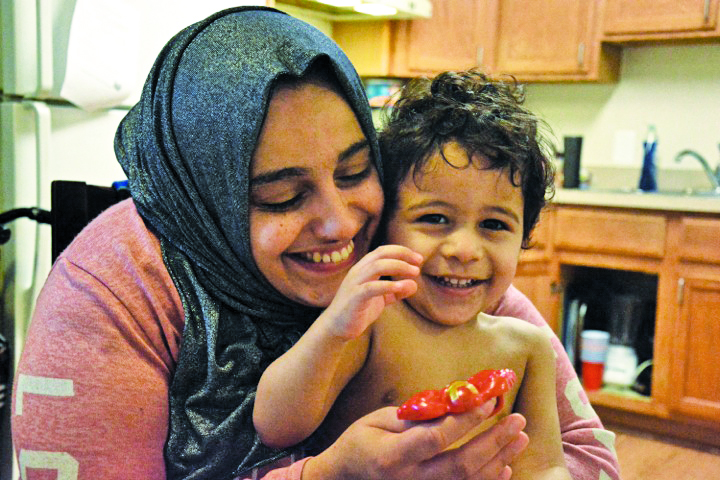 Kafham has reached out to public services as well. Hiatham was entitled to respite care through Washtenaw County Community Mental Health, but she said she dismissed five different caretakers for behaving inappropriately or falling asleep while they were supposed to be watching Hiatham to keep him safe if he had a seizure.

Hiatham has been placed on hospice care and a nurse visits once a week. Kafham said she had to switch service providers because the nurses from one of them criticized the amount of seizure medications Hiatham receives. Kafham said her son is on this immense amount of medications because of the severity and aggressiveness of the disease, and they were all prescribed by his doctors.

She said since the switch, she has been much happier with the quality of services from the hospice providers.

Kafham said she’s lost trust in the University of Michigan’s capability to treat Hiatham’s condition. She has more hope that with funding for travel to places with doctors who specialize in Lafora, they will see more results in his treatment.

She said Hiatham had his first seizure in 2014 and U of M’s doctors misdiagnosed him with juvenile myoclonic epilepsy. Kafham said when he had his second seizure in 2015, she told them about her cousin, Samir Kafham, who passed away from Lafora Body Disease when he was just 19. She said the doctors didn’t give Hiatham the genetic test to see if he had it, too.

Hiatham was diagnosed with Lafora by Dr. Ahsan Moosa at the Cleveland Clinic in Ohio.

“The University of Michigan doctor has no experience in this,” she said. “Every time I talk to them about my son they say they don’t know much about the disease.”

She said a doctor at the University of California at Los Angelas (UCLA), Dr. Antonio Delgado-Escueta, has studied the disease and helped her get Hiatham on a medication called ethosuximide. The medication helped with his focal seizures, sometimes called partial seizures, which affect just one hemisphere of the brain. She said the ethosuximide seems to keep Hiatham from suffering.

“When Hiatham got out of the hospital [in April 2017,] he looked like he had Parkinson’s,” Kafham said. “The Cleveland Clinic doctor [Dr. Moosa] put him on Piracetam and now he doesn’t twitch any more.”

Washtenaw County Community Mental Health, the Epilepsy Foundation of Michigan and the University of Michigan Mott’s Children’s Hospital did not respond to contact efforts for comment.

Kafham said even though her family’s situation has been so dire in the last year, she is still optimistic that her son will recover from Lafora.

“I have a lot of hope,” she said. “He’s hopefully going to be one of the first children to receive a cure.”