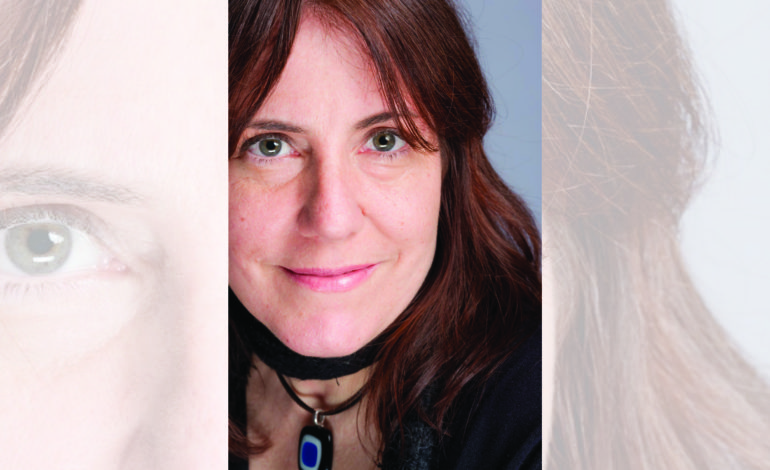 “You never know where something takes you as a writer… you think you want to write about one thing and it leads you to another path.”

These are the words of Mona Mansour, a Lebanese American playwright who set out to write a play about her father’s choice not to go back to Lebanon. Unexpectedly, she ended up following a character who is a refugee in a Palestinian camp.

This led her to follow hotshot Palestinian scholar Adham as he went to London in 1967 with his new wife to give a talk. He had no idea his trip would end on a life-changing pivot point. After war suddenly breaks out in his homeland, what should he do?

As Mansour tried to understand Adham’s choices, she ended up writing three plays instead of one: “Urge for Going” (Public Lab), “The Hour of Feeling” (Humana Festival) and “The Vagrant” (commission, Public Theater; Sundance Lab).

The three plays together, called “The Vagrant Trilogy”, receive their first staged outing in Washington D.C at the Mosaic Theater from June 6 to July 1.

Mansour’s father came to the U.S. in 1958 and met her mother, who was a Norwegian from Seattle. Mansour was puzzled about her father’s longing for Lebanon and his choice not to look back at the same time.

“My father left because there was a war coming,” she said. “He was not fleeing an active war, but his father said he should go to the States. He was someone who cut himself off completely from it, didn’t go back for 25 years, and then when he went back, it broke his heart. The first time he went back, it broke his heart… He is not a refugee, but the displacement… He is American, but he will never really be only American. There is always a piece of him there. I think I was always aware of that. The fact that he would say, ‘I’m never going back.’ You have to cut some part of yourself off … to survive, and what is the cost of that?”

But I still did not understand Mansour’s interest in her father’s choice. Why did it matter to her as a writer?

“In the case of my dad, it was someone who has cut himself off so completely and yet speaks Arabic every day, so there’s a sort of duality there,” she said. “So I think that’s what is very interesting to me.”

Mansour is very interested, “not in writing about a noble Arab character who is a victim of the state… the state, of course, is a part of their lives, but I wanted to write about fully rounded people who are fallible and problematic.

“The character of Adham, played by the extraordinary actor Hadi Tabbal, is a pain in the ass sometimes, genuinely,” she added. “But I want the privilege of writing characters like the same way Eugene O’Neill was writing about his family in ‘Long Day’s Journey Into Night.’ We are not there yet as Arab American writers, where we have a fully populated landscape… So there are certain things narratives can fall into, like the good Muslim or the bad Muslim or the noble refugee, and I was just interested in bypassing those.”

Mansour said she believes it is very important to be able to look back and be reconciled with where you come from.

“It is part of this psychic cycle that someone can go through,” she said. “In the case of Palestinians, both now and years ago, what happens when that cycle is interrupted? My father is done going back to Lebanon, but he’s able to go back.”

This is where Mansour remembered Palestinian poet and writer Mourid Barghouti’s “I Saw Ramallah.”

“Are you familiar with the book?” she asked.

I heard about it but did not read it, I answered.

“I don’t even know you, but it will break your heart,” she said. “But it’s a beautiful evocation of, when he’s crossing the bridge, all these feelings that come back to him. I read it because I was trying to research what it is like to be Palestinian, post-1948, pre-1967.

“I landed on this place, Beit Hanina, separate from Jerusalem, and I spoke to this historian at Columbia, and I said, ‘I need research on what that’s like.’

“He said, ‘there’s not a lot, surprisingly, but there’s a book that you might want to read, because it sounds like the situation of Mourid Barghouti is parallel to your character.’

“And I did; and it’s one of those books that has been bent up because I read it so many times. He’s a poet. It’s been translated into English, but I think it’s translated very well. It’s funny and it’s heartbreaking.”

Mansour wanted people to know that “The Hour of Feeling” has a long love scene she wanted to be in Arabic.

“I am not fluent, even though I read it,” she said. “But that was really important to me. It was really exciting when the play was presented at the Humana Festival in Louisville, Kentucky. Americans don’t tend to hear Arabic and they don’t tend to hear it in relation to a love story. They usually hear it on the news, and it’s usually things that are not great.”

“The Vagrant Trilogy” is part of the 2018 Voices From a Changing Middle East Festival and is comprised of three one-hour-long plays, with two ten-minute intermissions. I asked her: How do you think the audience will be able to sit for three hours and a half to watch the three plays?

“It will go by quickly, there is going to be an interval between each play,” she said. “It will feel like a three act play.

“There are many White males who write plays that take four to five hours, so as a woman I feel like ‘Yeah, this is taking some time; that is OK,'” she added. “The plays are different, too. They are different stylistically, so you are not necessarily watching one long scene that takes three and half hours. So, I feel fine about that and I hope people will be up for it, but I think they will.”